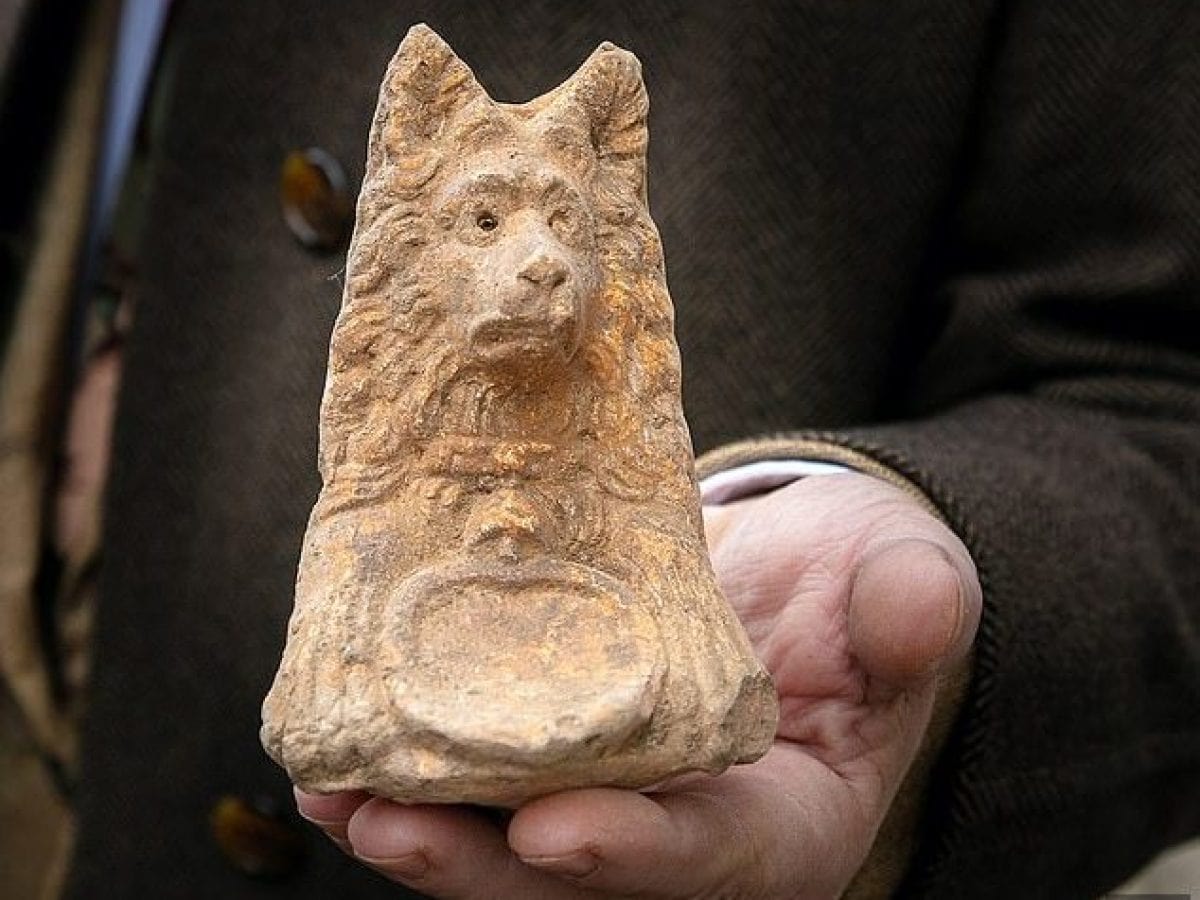 Archaeologists called in by Acea, the city’s gas and water company, have discovered a funerary complex with tombs dating from between the 1st century BC and the 1st century AD.

An arm of the Italian Ministry of Culture devoted to archaeological endeavors announced the find on January 1, saying that the dog statue was found in the city’s Appio Latino district, which is also home to ancient Roman villas and an array of burial structures. Along with the statue, three tombs were also found.

According to the Ministry of Culture, one of the tombs seemed to contain evidence that a fire had taken place there, which may explain why it fell out of use. The tombs were once part of a larger funerary complex built sometime between the 1st century BCE and the 1st century CE.

“Once again, Rome shows important traces of the past in all its urban fabric,” says Daniela Porro, head of the Special Superintendency of Archaeology, Fine Arts and Landscape of Rome, in a statement, per a translation by the Times.

The dog statue, as well as an urn, were found about half a meter below street level, which means that these archaeological objects were essentially right underneath current-day Romans’ feet. Fashioned out of terra cotta, the statue looks a lot like forms that once appeared as part of drainage systems on sloping rooftops. Because this one has no holes in that water could pass through, however, the statue was likely intended just as a cute canine decoration.

Though the tombs are an important discovery, the well-preserved dog’s head statue has dominated coverage of the finds. The palm-sized artwork shows a pointy-eared canine wearing what appears to be a collar with an emblem and clasping a small object between its paws.

Exactly what kind of dog the statue depicts is unclear.

“It could be representative of a large breed or a small, toy breed,” a spokesperson for the Royal Society for the Prevention of Cruelty to Animals tells the Daily Mail.

The Romans kept dogs as both pets and to guard property and livestock, with one popular breed being the Molossian hound, which came from ancient Greece.

Historians believe that they also kept dogs that would have been similar in appearance to modern Irish wolfhounds, greyhounds, lurchers, Maltese, and more.