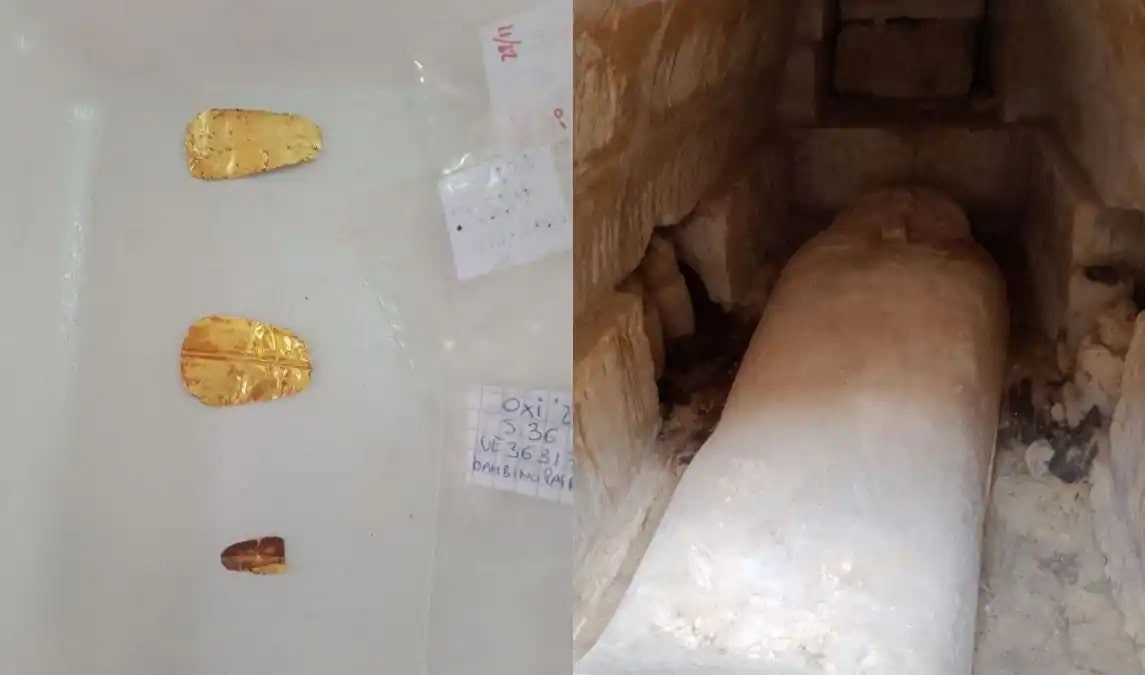 The remains of two unknown persons with golden tongues were found inside tombs, dating back to the Saite Dynasty (664 BC-525 BC), in Egypt’s Minya Governorate, the Ministry of Tourism and Antiquities in Cairo announced Sunday.

A Spanish archaeological delegation led by the University of Barcelona discovered the finding. Mostafa Waziri, the secretary-general of the Supreme Council of Antiquities, told the media two 2,500-year-old tombs were found, of which one had a limestone coffin with a cover in the shape of a woman. The remains of an unknown person were also discovered nearby.

According to Waziri, preliminary studies on the tomb indicated that it had previously been opened in ancient times.

Meanwhile, the second tomb was completely closed and was opened for the first time during the excavation.

“One of the pots contained 402 Ushabti figurines made of faience, a set of small amulets and green beads,” he further said.

Earlier this year, archaeologists found a 2,000-year-old mummy with a golden tongue at an ancient Egyptian site called Taposiris Magna.

The Egyptian antiquities ministry said in a statement released on Jan. 29 that embalmers may have placed a golden tongue into the mummy to enable the deceased to speak in the afterlife.

For instance, if the golden-tongued mummy encountered Osiris, the god of the underworld, in the afterlife, they would have needed to be able to speak to the god, the statement said. It’s not clear whether these mummies have a speech impediment. It’s also not clear why the tongue was made out of gold specifically.