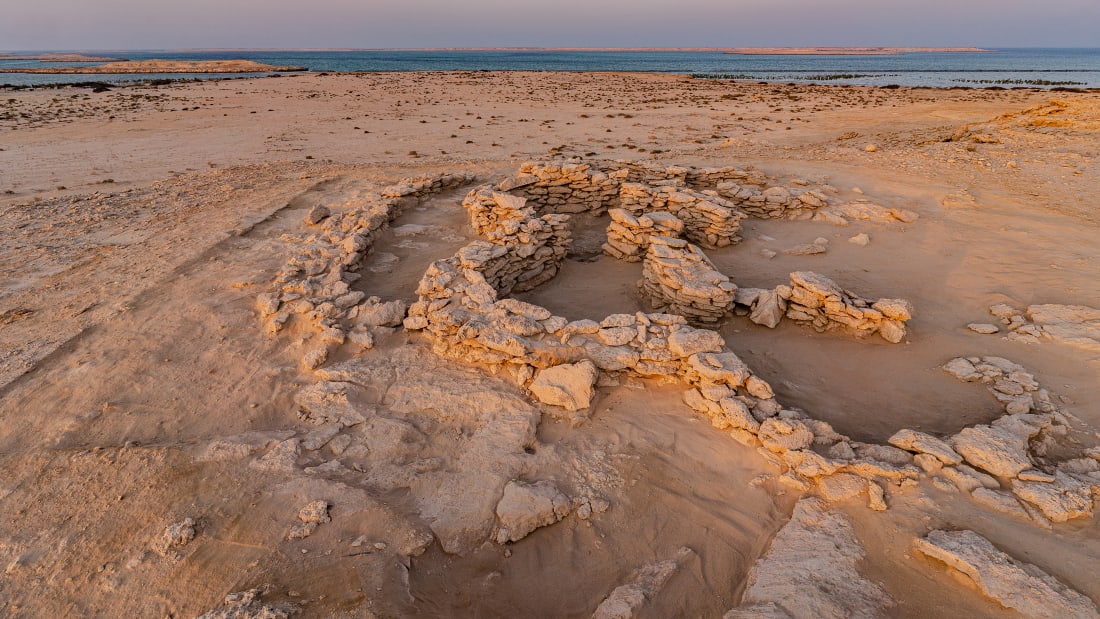 Archaeologists in Abu Dhabi have discovered startling new evidence of the Emirates’ first known structures, which date back more than 8,500 years – at least 500 years earlier than previously thought.

The fascinating findings by experts from the capital’s Department of Culture and Tourism were made on the island of Ghagha, west of Abu Dhabi.

New evidence from Ghagha Island indicates that the islands of Abu Dhabi were a focal point for human innovation and settlement during the Neolithic period.

It was believed that long-distance maritime trade routes which developed during the Neolithic period were the catalyst for settlements in the area, but the latest discovery proves that Neolithic settlements existed before then.

Archaeologists from the Department of Culture and Tourism – Abu Dhabi (DCT Abu Dhabi) have been using cutting-edge techniques to help unravel the history of the country.

Carbon-14 examination of charcoal pieces proved the buildings were at least 8,500 years old, shattering the previous record for the earliest known structures created in the UAE, which had been discovered on Marawah Island, also off the coast of Abu Dhabi.

The structures which have been unearthed are “simple round rooms,” which have stone walls that are still preserved up to a height of almost a meter (3.3 feet), the press release says.

The team said in the statement that the structures were “likely houses for a small community who may have lived on the island year-round.”

Hundreds of artefacts were found in the rooms, including finely worked stone arrowheads that would have been used for hunting.

It is probable that society would have made use of the sea’s abundant resources. It is uncertain how long the community lasted, but even after it was abandoned, it appears to have remained an essential part of the cultural landscape, since a person was buried amid the ruins of the structures approximately 5,000 years ago. It is one of the few known graves from this time period on the Abu Dhabi islands.

The team said the new discovery suggested that the islands of Abu Dhabi were a kind of “fertile coast” as opposed to “arid and inhospitable,” with settlers drawn to the islands by “local economic and environmental conditions.”

The discoveries on Ghagha Island come as part of DCT Abu Dhabi’s emirate-wide archaeological programme, in line with the organisation’s mandate to preserve, protect and promote the ancient history and cultural heritage of Abu Dhabi.

In addition to the breakthroughs at Ghagha and Marawah islands, teams have uncovered the remains of an ancient monastery on Sir Bani Yas Island, as well as the Unesco-inscribed Cultural Site of Al Ain, comprising a series of oases, historic monuments, archaeological sites, and natural areas, which has been a World Heritage Site since 2011.