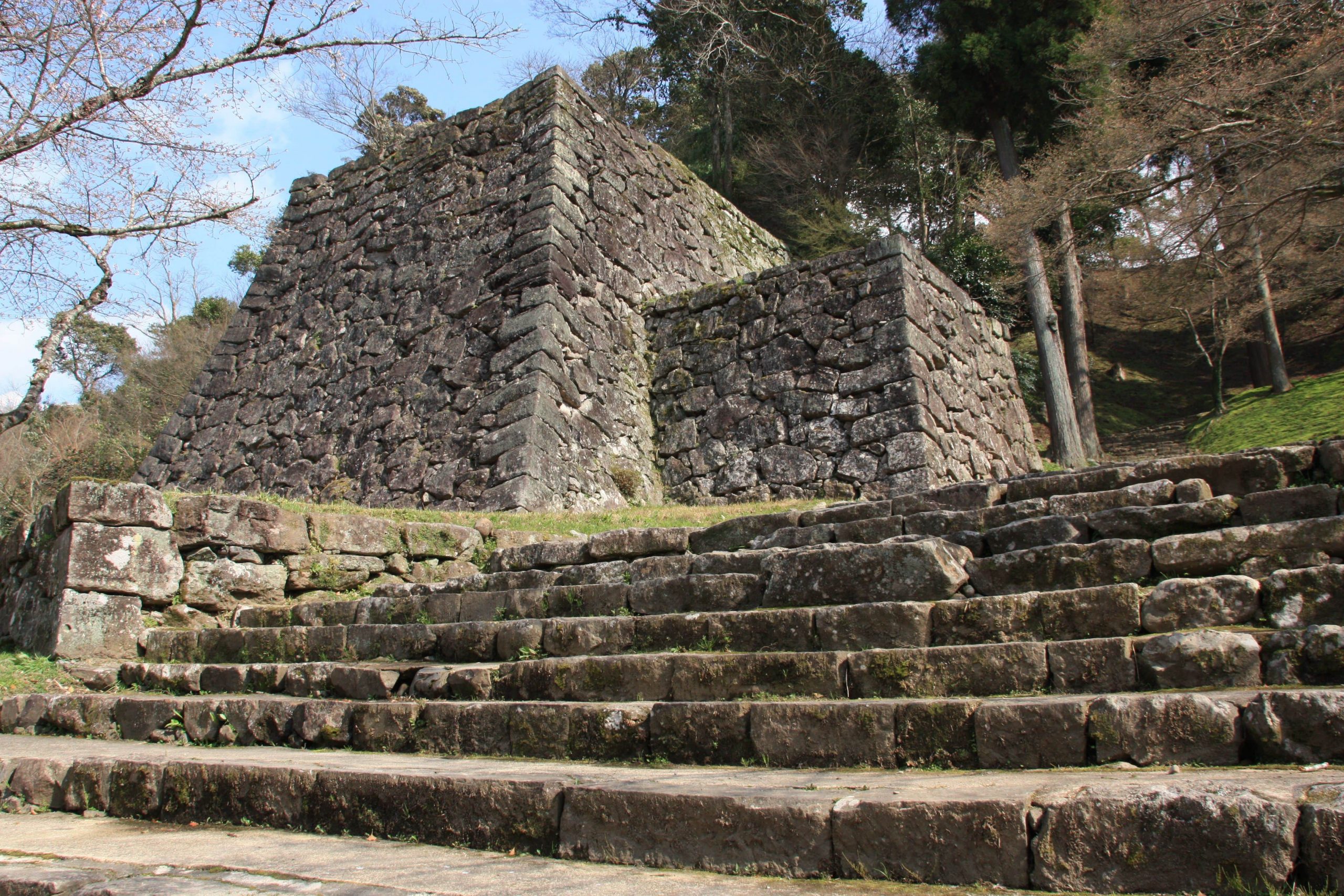 Experts are still indecisive about why there was a bathing area in the basement which was discovered on the site of the Hitoyoshi Castle ruins during archaeological excavations in 1997.

The purpose of the basement which holds a rectangular bathing area is unclear although it is assumed that it did not serve as a warehouse. Such castle basements are very rare and unique.

During excavations of the national historic site, the basement, which is thought to have been built in the Edo Period (1603-1867), was found on the site of a former residence of high-ranking samurai Sagara Seibei Yorimori (1568-1655).

The room inside the basement, measuring 5.2 meters long and 6 meters wide, is surrounded by masonry walls. The bathing facility, measuring 2.3 meters in depth, has stairs inside it.

Based on its size and structure, some researchers hypothesized that it was a mikveh, a Jewish bathing establishment for cleansing the body. But after debating, the experts were unable to come to a consensus because there was insufficient proof.

Mihoko Oka, an associate professor of Japanese Christian missionary history at the University of Tokyo believes there was a connection between Seibee and the Myoken faith, which deified the North Star and the Big Dipper. She cited several pieces of circumstantial evidence including that priests purified their bodies in the Myoken faith.

She pointed out that from the Warring States period (late 15th to late 16th centuries) to the early Edo Period, Christian missionaries and merchants from Portugal and Spain lived in Kyushu and included many conversos, or Jews forced to convert to Christianity in Europe (1603-1867).

Oka a symposium on Sept. 24, cited the existence of Suzuki Juan, a fortunetelling scholar, who was invited by Seibee from Kyoto. She mentioned the possibility that Juan incorporated Jewish rituals into the Myoken faith after learning Judaism from conversos and introduced it to Seibee.

She added that a mikveh similar to the basement in the Hitoyoshi Castle ruins was recently found in a town in Mexico that has a silver mine.

Sagara Seibei Yorimori was a chief retainer of the Sagara clan that ruled the Hitoyoshi and Kuma areas and after he retired, Seibee lived in Asagiri town, which also contained a silver mine.

Professor Oka also said the Sagara clan may have used the silver mine there to make expensive purchases in Nagasaki.

The Jewish mikveh theory in relation to the castle’s bathing area was downplayed by Kenji Matsuo, an emeritus professor at Yamagata University who specializes in the history of Japanese religions.

Matsuo cited the existence of Eison, a monk who founded the Buddhism sect known as Risshu during the Kamakura Period (1185–1333) and is thought to have had the most influence in regions like Kyushu between the late 13th and 16th centuries.

“It was definitely a place for ablution, but it was probably used by Buddhists, not by Jews,” he said.

Hiroshi Ichikawa, a professor emeritus of Judaism at the University of Tokyo, believes that mikveh rituals were held to encourage Jewish married couples to have babies here.

“Since the facility satisfies conditions of Judaism, it can be said that it was a mikveh in the sense of an ablution facility,” he said. “But I’m not sure if it was used for the same purpose that Jews originally used it for. Probably not.”

While expressing caution about the mikveh theory, Ichikawa stressed that “the significance is that (the basement ruins in Hitoyoshi) is somehow connected to the world of the Age of Exploration from the 15th to the 17th century.”

In an interview with The Asahi Shimbun, one local historian questioned Matsuo’s view that Buddhists may have used the facility for ablution.

“If monks of the Risshu sect, which was influential at the time, were using the facility for bathing, there must be similar facilities found in ruins across the country,” the historian said. “But why were they found only in Hitoyoshi?”

Another person pointed out that the basement facility was hidden like a secret place.

“If (Seibee) was bathing with Buddhist monks, there should have been no need to hide it,” the person said.

The mystery of the basement may not be solved for a long time, but right now Professor Miyoko Oka’s words seem closer to the truth. The recently found of a mikveh-like basement in the ruins of Hitoyoshi Castle in a town with a silver mine in Mexico may be proof of this.