Hittite state’s, With its collapse in 1200-1190 BC, Anatolia entered a period of drift from holistic to dispersal. (The Hittite state’s gathering of small city kingdoms under its own rule was the foundation of the union that started in Anatolia.) There are many theories about this collapse. One of the most important of these is that there are climatic changes. We know how important sudden climate changes are in human life. States with agriculture-based economies such as Hittites cannot be expected to be unaffected by these changes. It has a great role not only in climate changes but also in problems such as the change of internal dynamics, political conflicts, and the northern neighbor Gashka / Kaska.

Following the collapse of the Hittite empire, many different ethnic groups came to Anatolia. Balkan / Thracian immigrants who started to come to Anatolia from the Balkans in this period draws attention. The that stand out from this ethnic group are Mysler, Bythins and Phrgy. The effects of these tribes are so decisive that the names of the regions in the middle and northwest of Anatolia were named after them in ancient times.

So, in general, what did the Phrygians we mentioned above believe? How were their religious beliefs?

The Phrgyys religion appears to be monotheistic at first sight. At the head of their religious belief is a goddess named “Matar”, that is, “Mother”. Although Matar is known by different names, it is mostly called Matar Kubilea, Matar Areyastin, Agdistis (Stone woman). 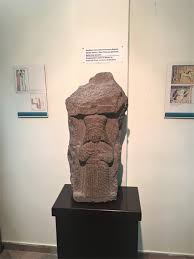 In fact, Matar Kubilea is not a foreign goddess to Anatolia. She is a known and respected goddess in Anatolia since the Early Neolithic age. It means abundance for Anatolia. Late Hittites named him Kubaba, Helenler Meter Magale and Kybele, Romans Magna Mater (Great Mother) they said.

For Phrygians, Matar Kubilea is a goddess of nature, ruler of foreign animals (Potnia Theron), protector of cities and young girls. Matar Kubilea sits on high mountains and cliffs for Phrygians. The name Kubilea means mountain in Phrygian / Phrygians. The Mother goddess, who has represented abundance in Anatolia since the Early Neolithic times, serves the same purpose in Phrygs. It has qualities that represent all vitality, abundance, and fertility in nature.

Since she is the only goddess shown as iconography in Phrygian works, it is not difficult to understand her importance at all. The mother goddess depicted in the reliefs has a high headdress (Polos) and long clothes on it. She stops in the doorway and a bird of prey in her hand is sometimes depicted with two lions.

In the spring, the Phrygs held special rituals for this goddess. For these rituals, they built open-air temples just like in Yazılıkaya (Boğazköy). If we want to count the most important of these, the ones in the Great Temple in Midas City and the Small Unfinished Temple, Arslankaya, Arezastis, Big and Small Kübi Rock, Bahşiş, Maltaş and Kumcaboğaz should be counted. It is still possible to see the mother goddess in long garments in these depictions shown in high relief techniques.

Located at the entrance of Büyükkale and having steps carved out of the rock in Midas city, the monument is the most beautiful altars built for the Mother Goddess. In some depictions of the mother goddess, two musicians are seen next to it.

The Phrygians probably acquired this belief after their friendship with Pipiris, one of the Late Hittite Kings, during the reign of Midas, also known as the great king. Maybe the reason why is adopted and loved so much is that these people of Thracian origin is to carry a breeze from the land come from.