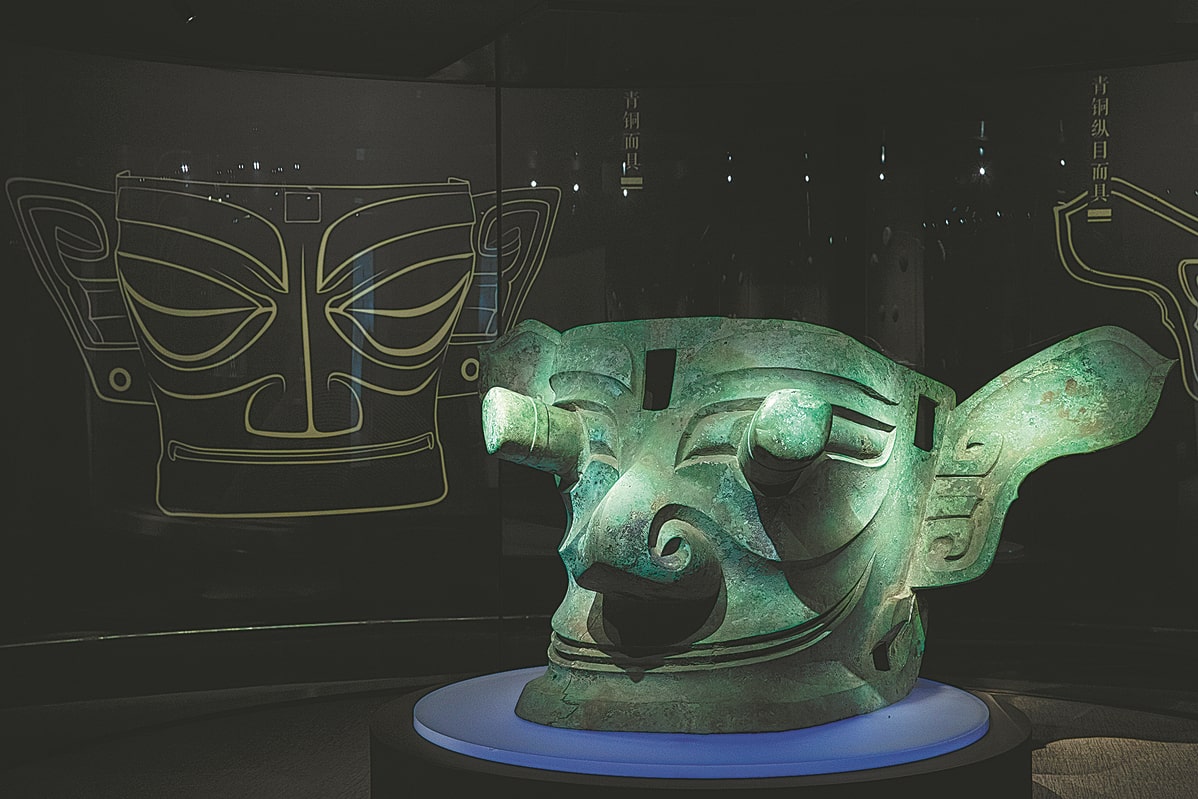 The similarities between Mayan civilization and Shu culture draw the attention of researchers. As it is known, the Sanxingdui ruins, located in the city of Guanghan, about 60 kilometers from Chengdu, the capital of Sichuan province, belonged to the Shu Kingdom.

Discoveries at the famous Sanxingdui ruins in southwest China show that the region’s ancient Shu state civilization shared similarities with the Mayans, according to the director of the Chichén Itzá archaeological site, Marco Antonio Santos.

Santos says the bronze remains of trees buried in sacrificial pits in the ruins of the Shu Kingdom resemble the sacred ceiba tree that symbolized the union of heaven, earth, and the underworld in the Mayan civilization that flourished in Mesoamerica.

“They are very important similarities,” said Santos, stressing that “the representations of trees in both cultures provides a symbolism that is very similar”.

The findings at the Sanxingdui ruins, considered one of the greatest archaeological discoveries of the 20th century, also show a new aspect of bronze-age culture, indicating the ancient civilization already had knowledge of technologies that were thought to have been developed much later, says Santos.

While the time span between the millennial Shu Kingdom and the Mayan culture that flourished in the jungles of southeast Mexico is great, the findings highlight the closeness between the two civilizations, says Santos.

They developed in regions with comparable climates and reflected their worldview through related symbols, he notes, adding that among the over 500 artifacts recently unearthed in Sanxingdui, were pieces of gold and jade, materials the Maya also used to represent elements related to royalty and the gods.

“At the end of the day, man is still man, independent of time and space. What we have is that, at this latitude, both the Shu culture and the Mayans looked at the same sky, they had the same stars on the horizon,” the expert says.

Santos said that cooperation between Chinese and Mexican archaeologists can benefit the Mayan World project. In the Mayan world, the rainy climate and humidity are a problem for the preservation of cultural relics.