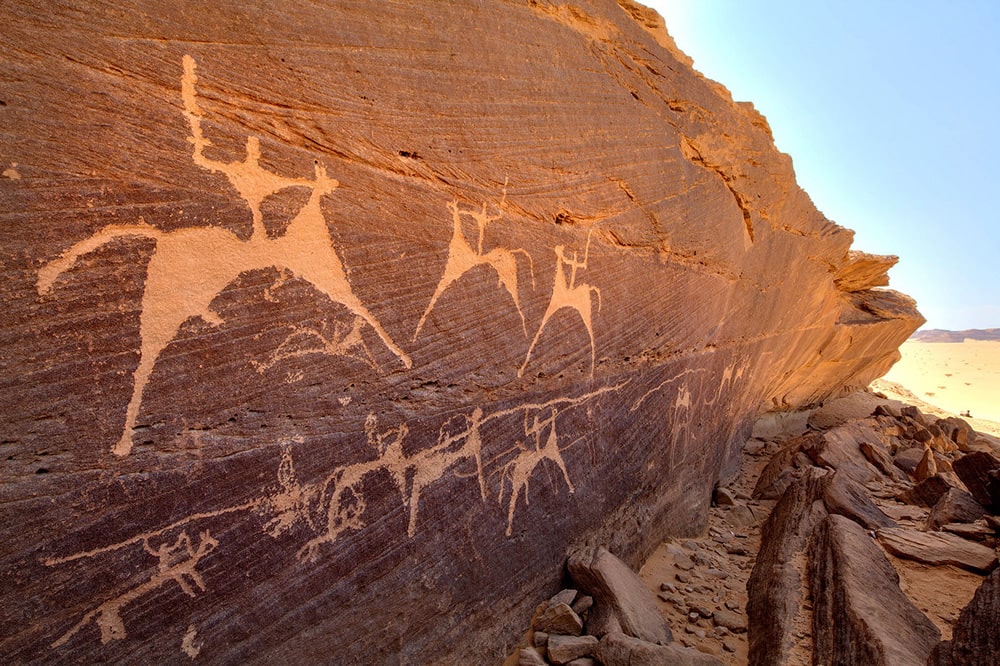 The rock art site Hima in Najran has been included in the UNESCO World Heritage List, becoming the sixth registered site in Saudi Arabia. The site is located in southwestern Saudi Arabia and has one of the largest rock art complexes in the world.

Saudi Arabia’s rock art has been gained popularity in recent years and is considered to be one of the richest in the world, in addition to other rock paintings in Australia, India, and South Africa.

Hima was a conduit for caravans on the Hajj and trade routes going to and from the southern parts of Arabia, to the ancient world markets of Arabia, Mesopotamia, the Levant, and Egypt. People who passed through the area between prehistoric and post-historic times have left behind a substantial collection of rock art depicting hunting, wildlife, plants, symbols, and tools used at the time, as well as thousands of written inscriptions in various ancient writings including Musnad, Thamudic, Nabataean, and the early Arabic.

Dr. Jasir Alherbish, CEO of the Heritage Commission, stated, “The region has great global significance, providing us with numerous lessons regarding the evolution of human civilization and life in ancient times.” (Saudi gazette)

“We are thrilled to have this exceptional ancient site recognized by UNESCO as a World Heritage Site. “We are working to preserve the area and conduct research to further understand the rock inscriptions, and are looking forward to welcoming more local and international visitors to come and see this historic cultural site for themselves.”

The Kingdom’s 2030 Vision prioritizes the preservation and protection of the Kingdom’s cultural and natural assets. A slew of fresh finds, overseen by the Heritage Commission, has reinforced the country’s status as a go-to destination for archeologists, historians, and scientists interested in regional human history.

The Kingdom has also taken significant steps to safeguard national and international cultural assets. The Ministry of Culture signed a Memorandum of Understanding with UNESCO in 2019, agreeing to donate $25 million to the organization’s global heritage protection plan.