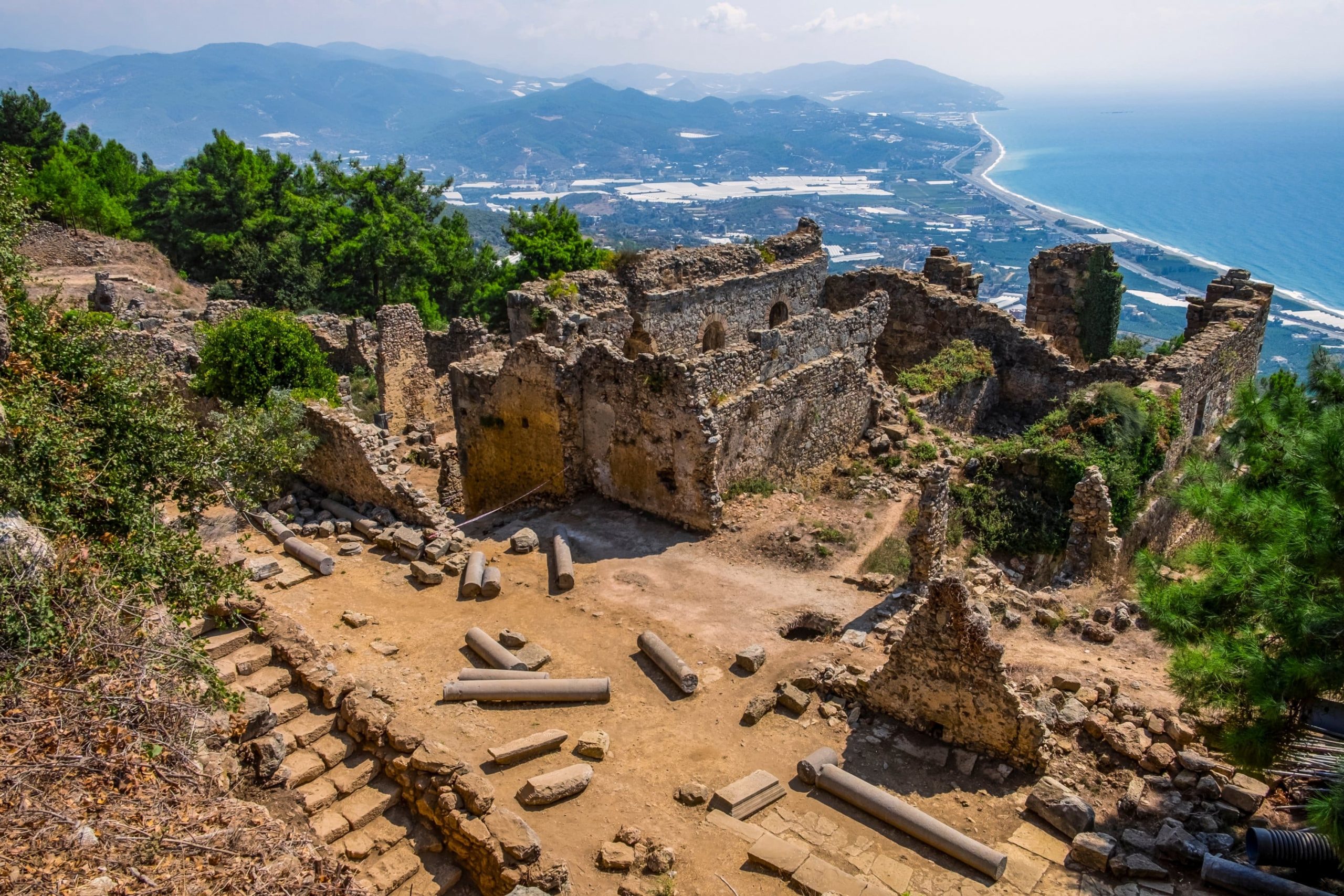 Known as Turkey’s holiday paradise, the Antalya region is a treasure when it comes to ancient cities. Close to the Antalya city center, you can find wonderful sites like Perge, Xanthos, Termessos, and other Antalya sites.

A lesser-known ancient city near Antalya is Syedra, which has stunning panoramic views of the Mediterranean shore. The historic port city, in the region of ancient Cilicia, welcomes visitors on the slope of the Taurus Mountains along the Mediterranean.

The remains of the ancient city of Syedra are located near Alanya, Turkey’s most famous tourist destination. The ancient city is 20 km east of the city center. They are good proof that there are still many intriguing ruins to be uncovered in Turkey, especially so near to where millions of visitors spend their vacations each year.

The ruins of the ancient city of Syedra are surrounded by city walls and monumental rocks. Among the most important buildings that have been preserved are the impressive baths, a gymnasium, a colonnaded street, five water cisterns, an ancient temple, a Byzantine church, and an olive oil workshop.

It is still possible to see the remains of Roman-era homes and workshops. Additionally, there is a fascinating cave where early Christian baptisms took place. Fragments of the frescoes that were used to adorn it may still be seen on the walls.

Syedreon was founded in the 7th century BC on the western frontier of the Cilician Region and abandoned in the 13th century AD. It is situated on a tall hill near the seashore, 400 meters above sea level.

Syedra was situated on the dividing line between Pamfilia and Cilicia, two significant geographic areas. During the Byzantine period, the city was at its peak. It fell out of favor under the Seljuk reign.

There is not a lot of information regarding the city of Syedra in the ancient texts. The Greek historian and geographer Strabo did not mention Syedra while talking about the Cilicia region. The precise information about the history of the city is that the name of the city, which was called “Syedreon” in ancient times, appeared on the coins minted during the reign of Roman Emperor Tiberius. Coins continued to be minted until the reign of Emperor Gallienus.

Another certain information about the history of the city is that it constantly had to battle the pirates. In the 2nd century Karakesion (today Alanya) was constantly attacked by pirates. One of the pirates, Diadoto’s Tryphon, captured Alanya and made it his base. At the same time, the Syedra residents knew how to successfully defend themselves against the attacks. It could be due to the city’s convenient location. From here you can see large areas of the sea and the entire surrounding area.

The ancient city of Syedra is located on a vast territory. You can see a 10-meter-long street with columns of 250 meters. Numerous inscriptions containing information about sports events indicate that the city was one of the main sports centers of the region in ancient times.

Syedra was a typical Roman settlement with many ruins that survived until today. The monumental gate at the entrance of the city is still standing. It is possible to see the ruins of the fortification walls surrounding the city.

The basilica structure is the first significant structure you will come upon. A massive storehouse that was utilized as a cistern may be found just below the basilica. A 250-meter-long colonnaded boulevard and several magnificent structures surround it. It was previously the city’s social hub and a gathering place for inhabitants.

The stoas here were covered with roofs to protect people from the sun and rain. A bath building is present on the city’s eastern side. Some of the mosaic flooring still exists. The imperial necropolis is located to the southwest of the city.

As you climb the hill, the view gets more magnificent. From the acropolis, you can overlook banana gardens and Alanya Castle as you stare out to sea.

How to get to Syedra Ancient City?

The ruins of Syedra are located on the top of Asar Hill, 400 meters above sea level. The nearest settlement is called Seki and belongs to the Alanya region. Syedra is located within the borders of the Seki village on the 20th kilometer of the Alanya-Gazipasa highway. Distance Syedra Alanya is 35 km.

There is no public transport to the ancient city of Syedra, and local travel agencies do not arrange travel, so you need to rent a car or walk uphill on the D400 coastal route to visit this location. 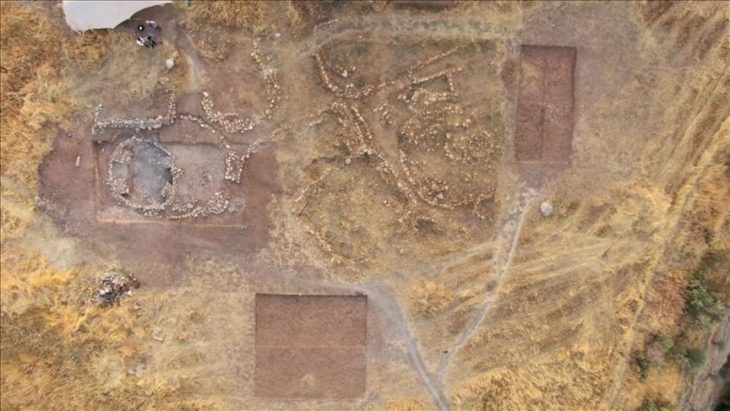