From the classical cities scattered on the coast to the earliest archaeological sites that can be traced back to human history, Turkey’s fertile plains, tall grasslands, and rugged mountains have witnessed every stage of the human journey.

From the Neolithic Age to the Roman Empire, here are some of the most fascinating and important archaeological sites in Turkey.

Göbekli Tepe is a 12,000-year-old temple located near the province of Şanlıurfa. Göbekli Tepe’s anthropomorphic T-pillars decorated with carved vultures and foxes were made in the pre-pottery period.

Göbekli Tepe is now recognized as the earliest place of worship in the world and the newest UNESCO World Heritage Site in Turkey. The discovery of Göbekli Tepe reversed the accepted theory that religion followed the invention of agriculture and the settlement of villages.

Göbekli Tepe is located 11 kilometers northeast of Şanlıurfa. Before heading to Göbekli Tepe, visit the Şanlıurfa Archaeological Museum to help you understand the site.

The settlement of Çatalhöyük is one of Turkey’s most famous archaeological sites, built in the Neolithic period and located in Konya Province. Due to its large area and beautiful frescoes, the site became World famous when it was discovered in the late 1950s.

Founded more than 9,000 years ago on the bank of a river that has since dried up, Çatalhöyük is believed to have been home to an egalitarian Stone Age society that built distinctive houses, arranged one after another without a doors or windows.

As National Geographic writes, Çatalhöyük marks a time when people embarked on one of the earliest experiments in “urban” living.

The Hittites were the ancient superpower of Anatolia. In the 13th century BC, they fought the Egyptian Ramses II at the Battle of Kadesh, which results in the world’s first peace treaty. Today, the remains of Hattuşa, the capital of the Hittites, are spread over a hillside surrounded by the remnants of some of the greatest city walls ever built in the ancient world.

Hattusha, the once-thriving capital of the Hittite Empire in the Late Bronze Age, continues to amaze visitors. The site is located in Çorum and discovered in 1834. It consists of the Lower City with remnants of civic life and the Upper City with the temples.

The ancient city of Troy is one of the most famous archaeological sites in the world. Its history can be traced back to the 4th century BC. It is located at the base of Mount Ida in Canakkale. Troy is famous for Homer’s epic “Iliad” (Iliad), which describes the Trojan War.

Troy is one of the most famous places in Turkey, although walking through its messy layers of ruins can be disappointing and confusing. Be sure to visit the new Troy Museum to help understand the site.

The Mediterranean region, one of the most preferred vacation spots, attracts attention with its ancient cities and ruins. The ancient city of Perga, located in the Aksu district of Antalya Province, bears traces of the Late Classical, Hellenistic, and mainly Roman ages. It is one of the most visited places by tourists.

Certainly one of the most famous archaeological sites for visitors to Turkey, Ephesus lies near the town of Selçuk in Izmir. The population of Ephesus flourished during the Roman period around the 1st century BC when it was one of the largest cities in the Mediterranean.

The ancient city of Ephesus, a UNESCO World Heritage Site, is one of the most important centers of antiquity. It is a key port city and a cultural and commercial center at all stages of its history that began in the prehistoric period and were inhabited continuously through the Hellenistic, Roman, East Roman, principals, and Ottoman periods.

Ephesus Ancient City is visited by an average of 1 million people a year.

Pergamon was included in the UNESCO World Heritage List in 2014. Although it has been invaded and destroyed throughout its history, it has always been a strategic place for civilization. The city of Pergamon is the seat of the Traanus Temple built for the Roman emperors Trajan and Hadrian. On the lower terrace on the south side of the temple, there is the famous Pergamon Library, which contains There are 200,000 books are dating back to the ancient Hellenistic period.

Mount Nemrut, from which you can admire one of the most beautiful views of the sunrise and sunset, is on the UNESCO World Heritage List. Mount Nemrut, which at an altitude of 2,206 meters has 5 meters high and 150 meters wide tumulus and gigantic structures belonging to the Kingdom of Commagene, is visited by thousands of tourists every year.

A personal funerary monument built by Antiochos I, the structures include large statues of the king, two lions, two eagles, and various gods.

Patara, one of the 16 cities of the ancient Lycian League that had the right to vote, is among the cities that were besieged by Alexander the Great. It is worth noting that Patara, which was an important trading center during Roman times, maintained its importance during Byzantine times. The Turkish government has declared 2020 as the year of Patara.

The remains of Patara extend 1.5 kilometers between the beach and the small village Gelemiş, 16 kilometers northwest of Kalkan. You can easily access it from Kalkan or Kaş.

The ancient aphrodisiac city in the Karacasu area of ​​Aydın, listed as World Heritage by UNESCO, is one of the most famous cities dedicated to Aphrodite. It is known as The goddess of love and beauty. The city is famous for its well-preserved buildings.

As one of Turkey’s most important sites during Greek and Roman times, Aphrodisiac is located in a valley 100 miles (161 kilometers) from Izmir. The most famous building on the site is the stunning Sanctuary of Aphrodite. 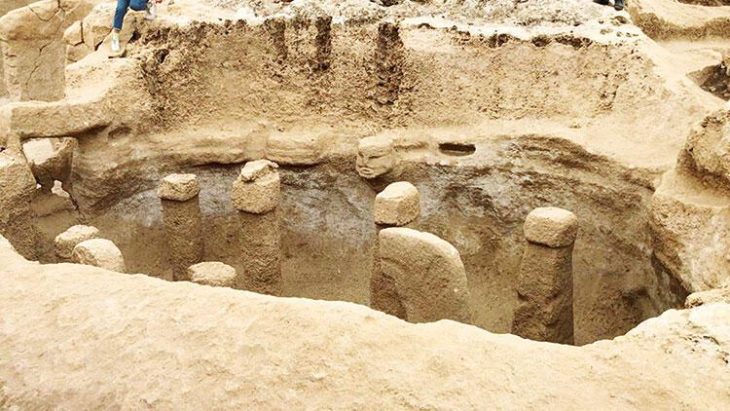