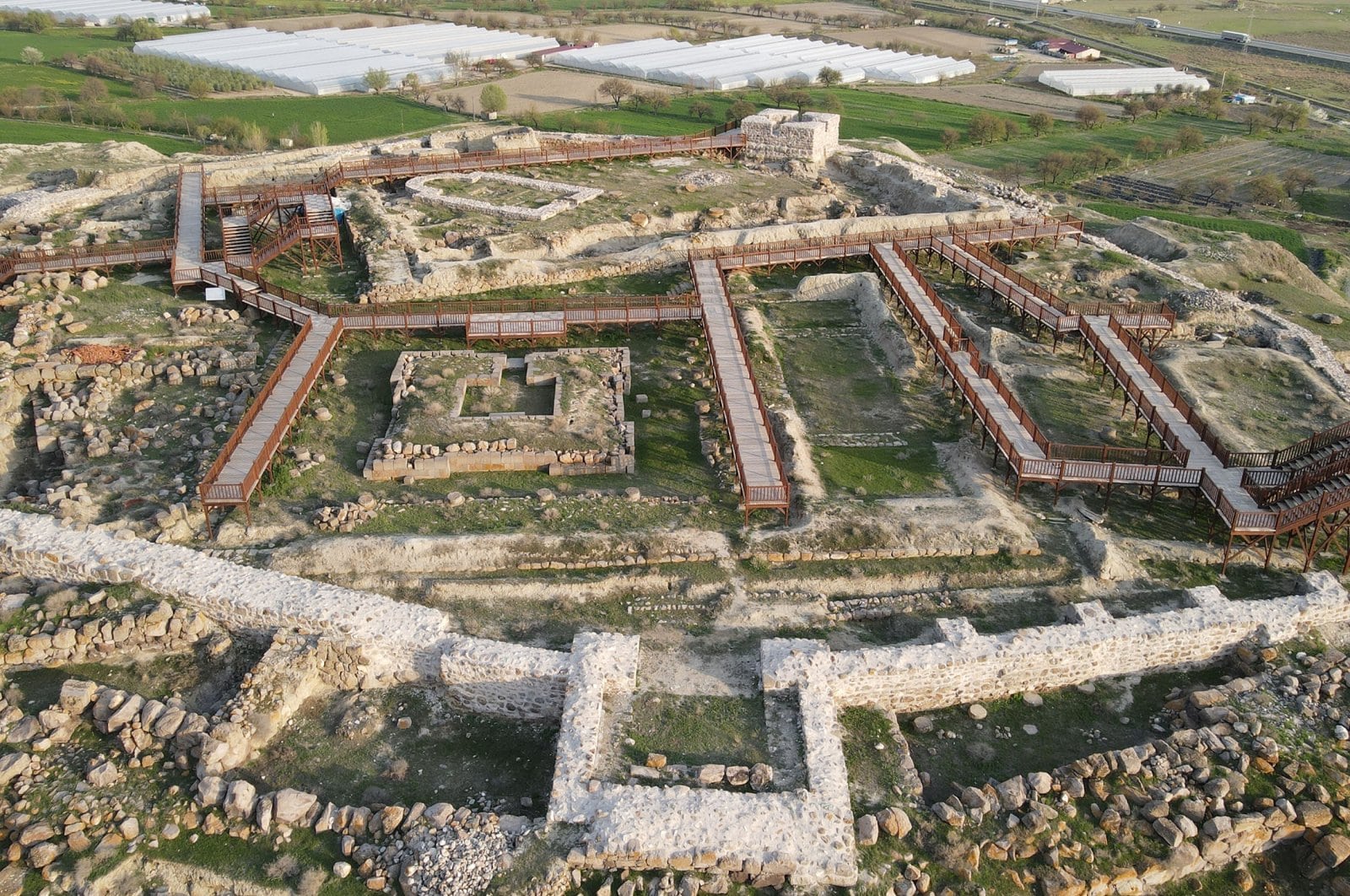 Altıntepe Castle, one of the most important centers of the Urartians and the Eastern Roman Empire, is now set to open to visitors after being converted into an open-air museum with excavations finishing at the site.

The 2,900-year-old Altıntepe Castle is in eastern Turkey is located on a 60-meter-high (196-feet-high) hill in the Üzümlü district, 14 kilometers (8.69 miles) northeast of Erzincan city center.

The artifacts discovered at the Urartian-era Altntepe Castle, which is located on the ancient Silk Road and has been turned into an open-air museum popularly known as the “archeopark,” are the sole examples of Urartian culture.

The first excavations in and around the Urartian castle, where hundreds of historical artifacts from 850 and 590 BC are located, were carried out between 1959-1967, under the leadership of the famous Turkish archaeologist Professor Doctor Tahsin Özgüç from Ankara University.

Professor Mehmet Karaosmanoğlu restarted the excavations in 2003 in collaboration with the Ministry of Culture and Tourism and Atatürk University, and they were finished in 2019.

The castle has been restored since the excavations and converted into an open-air museum by laying walking paths. Once landscaping work has been completed, the museum will be opened to visitors.

Heb explained that the castle was converted into an open-air museum after many years of excavations.

“The first excavations in Altıntepe Castle, which is 14 kilometers from our city center, were initiated by the late Professor Tahsin Özgüç in 1959, and our professor’s excavations continued until 1968. The second stage of excavations was carried out by Professor Mehmet Karaosmanoğlu between 2003 and 2020. In these studies, important architectural remains and artifacts belonging to the Urartian period have been found.”

Heb stated that Altıntepe is one of the most important settlements of the Urartian civilization that has survived to the present day.

“The Urartian period structures unearthed in Altıntepe have made significant contributions to Anatolian archeology and are the only examples of the culture they represent. The artifacts excavated from the castle are exhibited in the Anatolian Civilizations Museum in Ankara and have been evaluated in many articles and published books. Altıntepe Castle has survived to the present day and is an important settlement of the Urartian civilization.”

Heb stated that the site, which has been converted into an “archaeopark,” contains many historical remains.

“The inner castle structure and walls, the temple, the apadana (a large hypostyle hall), the warehouse building, the foundation remains of the open-air temple and three underground tomb rooms, all of which belong to the Urartian period, have been unearthed in the castle,” he said.

“In addition, the remains of a mosaic-based church decorated with animal figures from the post-Urartian period have survived to the present day. With the works carried out under the auspices of our Ministry of Culture and Tourism, the works are continuing to transform the castle into an archaeopark and serve as an open-air museum to our people.”