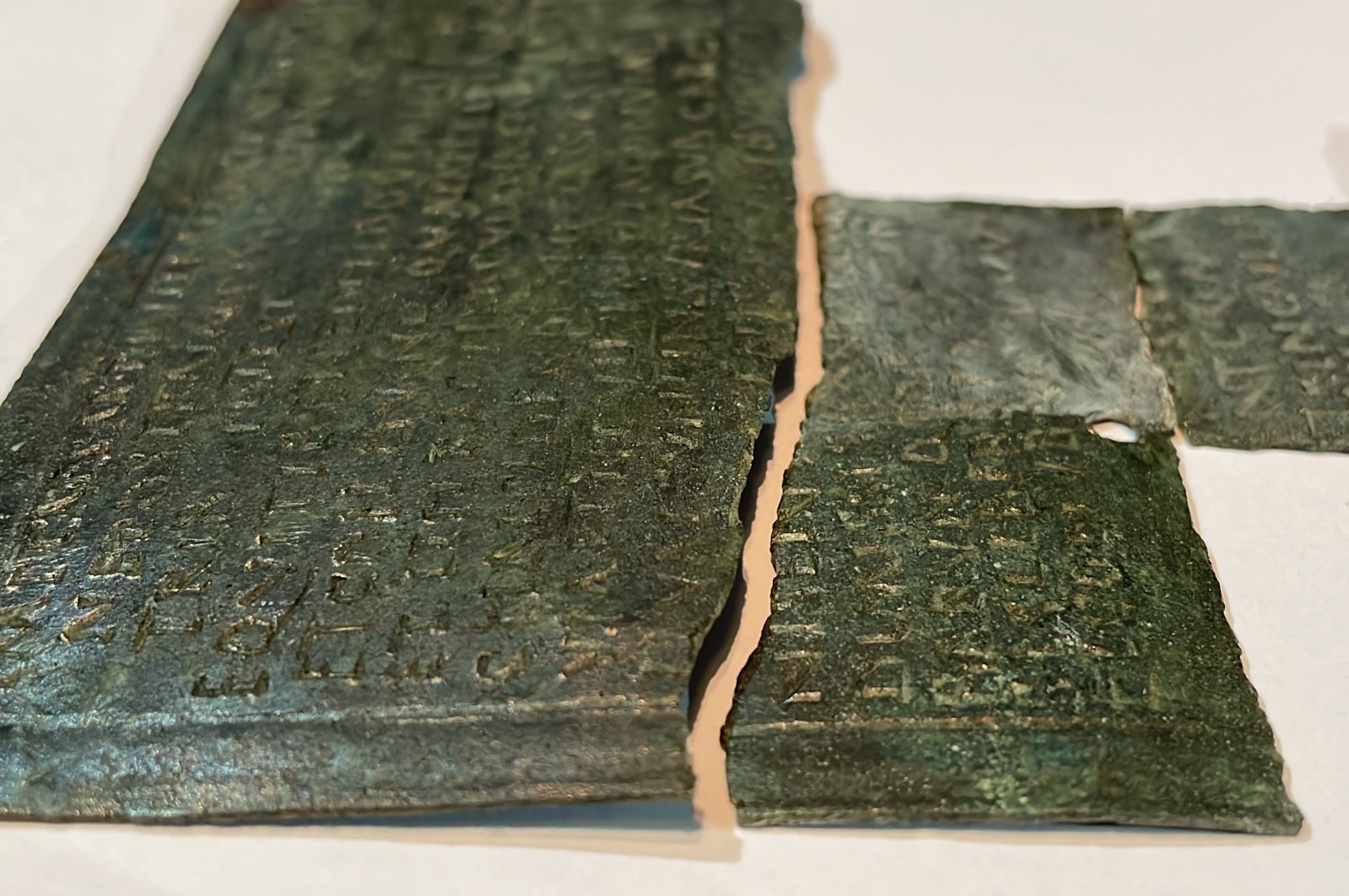 During excavations in the ancient city of Perre, located in the southeastern Turkish province of Adiyaman, archaeologists uncovered a bronze military diploma dating back 2000 years.

Perre, which was one of the five largest cities of the Commagene Kingdom, also preserved its importance in the Roman period. Excavations in the ancient city of Perre started in 2001. Continuing in intervals, the excavations unearthed a historical Roman fountain, large blocks of stones, water ducts, and various architectural structures this year.

Amid the ongoing studies, a military diploma was recently found inscribed on a bronze plate. It was reported that the bronze diploma was given in 123 A.D.

With the help of ancient history and languages expert professor Mustafa Hamdi Sayar, the text was translated and it was determined that the plate was a military diploma.

“In the translation of the diploma, which is in the form of a bronze plate, it was identified that Calcilius Antiquus, who had served in the military for 20 years in Syria, was granted Roman citizenship and the right to marry,” Adıyaman Museum Director Mehmet Alkan said.

“We found a bronze plate when we were about to finish the excavations in the ancient city of Perre. Its translation revealed that the bronze plate was a military diploma. It was written in Latin, and we saw that the person named Calcilius Antiquus served in the Syrian state for 20 years, and therefore, it was a diploma in which he was given Roman citizenship and the right to marry at the same time. We saw that this diploma was given in 123 A.D. during the reign of Emperor Hadrian,” he added.

Alkan said that there is information that 100,000 diplomas were printed, adding, “It is said that 100,000 copies of these diplomas were printed in the world. However, we learn that there is information about most of them being melted in furnaces. It is known that there are 800 of these diplomas in the world and more than 650 of them have been studied. It is an exciting development that the last of these ones was found here. With the discovery of this diploma, our excavation ended this year.”

Perre was an important city for religious and geopolitical reasons. The beauty of the city’s water was even mentioned in ancient Roman sources, however, Perre lost its importance after the Byzantine Period and never regained its former glory.