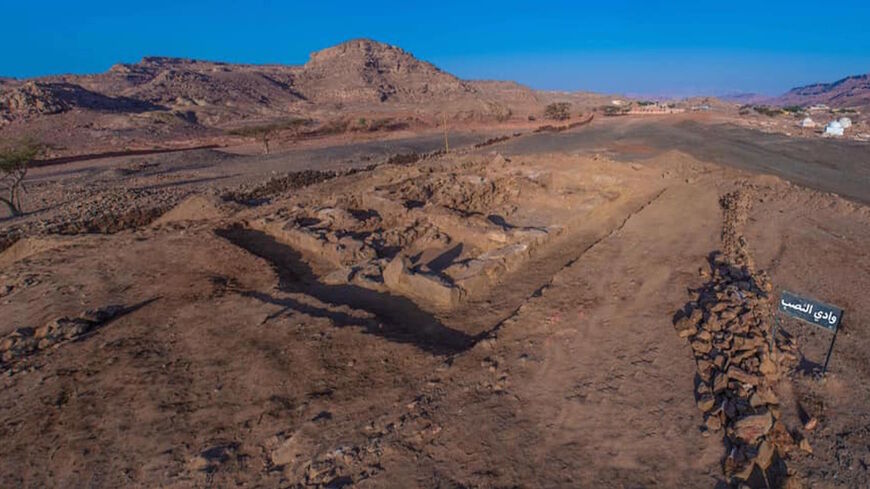 The Egyptian Ministry of Tourism and Antiquities announced recently that an Egyptian archaeological mission working in Wadi Al-Nasab in South Sinai unearthed the remains of a building that is believed to have been used as a headquarters for the leader of mining expeditions in Sinai during the Ancient Egyptian Middle Kingdom era.

Mustafa al-Waziri, Secretary-General of the Supreme Council of Antiquities said, the  Egyptian mission is the first to conduct excavations in the Wadi al-Nasab area in southern Sinai. He said that the newly discovered location is in a unique place in the midst of Wadi al-Nasab, near the copper and turquoise mining sites.

The head of the archaeological mission Mostafa Nour Eddin said that the study also proved that this headquarters was used since its construction as a headquarters for mining missions, but it was abandoned during the second transition period, then reused during the era of the modern state, and then neglected again.

He stated that archaeological and scientific evidence show that the structure was used during the Roman era, as some internal modifications were made to the structure such as establishing an entrance from the north, installing separating walls between the halls, and employing some chambers as copper smelting workshops.

Nour El-Din added “In the upper layers of the building, the mission found copper smelting furnaces and metal processing areas, in addition to four copper ingots, each weighing between 1,200 and 1,300 grams,”

In the preliminary studies of its mission, the building consisted of two floors, the first of which had two living rooms, two rooms, a bathroom, a kitchen, and a staircase leading to the second floor.

In the middle of some rooms inside the first floor, the mission found some column bases, which means that they were used to install and support the ceiling.

In a Jan. 10 statement, the Egyptian Ministry of Tourism and Antiquities said that the latest discovery comes within the 2021-22 development project for Sinai governorate.