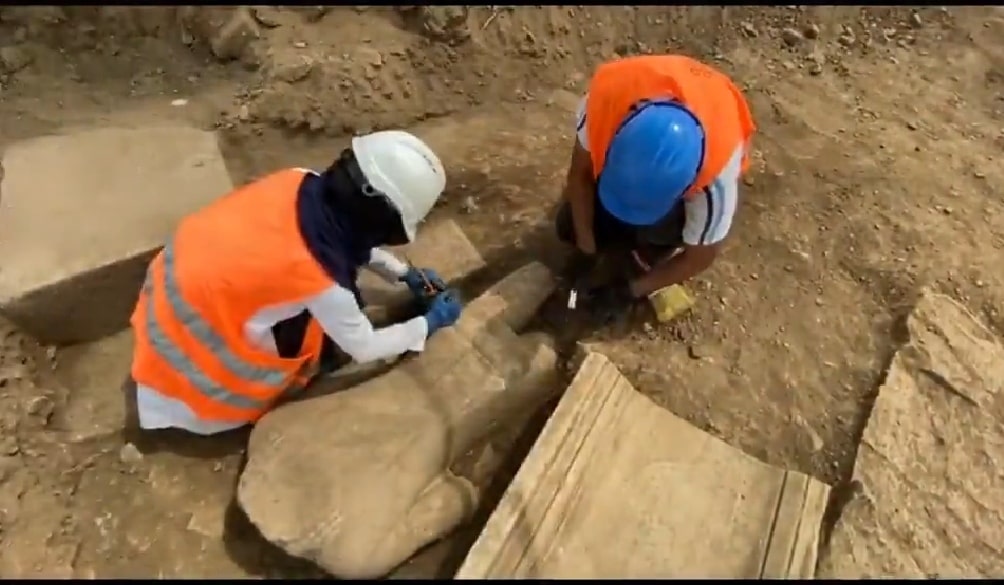 The Presidency of the excavation department shared the release moment of the sculptures on his Twitter account. It was informed that the sculptures will be delivered to the Milas Museum after the works are completed.

From the 5th century BC, the city was known as Cyramos, and it was located in the region known as Caria (Hyramos). The city was subjected to Milas and lost its independence during the reign of King Mausolus of Halicarnassus (the 4th century BC). At the same period, its name was changed to Euromos (meaning “Strong”) as a result of Mausolus’ Caria Hellenization effort.

Euromos was granted the status of the autonomous city during the Roman period, but it was quickly abandoned. The most likely cause was the Antonine Plague, which broke out in the western region of Asia Minor in 166 AD. Scholars believe it was either smallpox or measles. In the years that followed, an epidemic swept across the Roman Empire’s entire territory, decimating its population within 20 years.