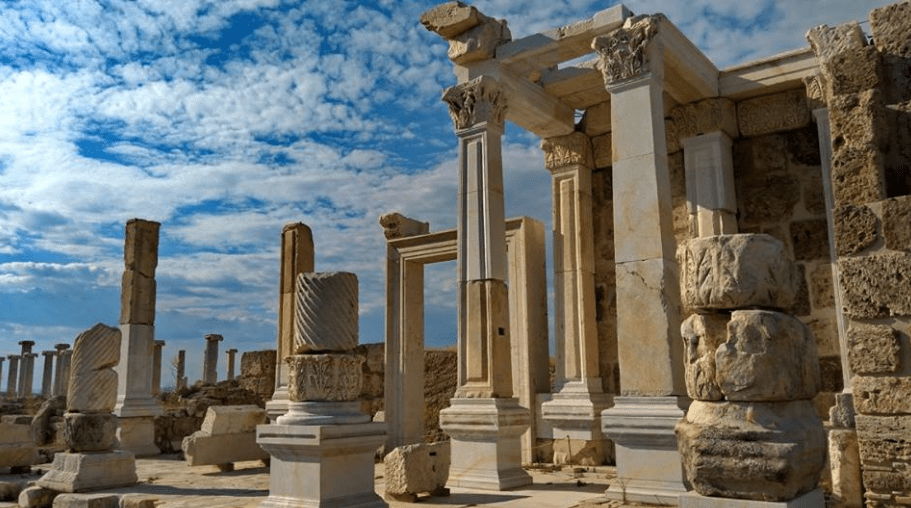 The Trian fountain in the ancient city of Laodikeia in Denizli will be revived after 1900 years. CHP’s Merkezefendi Municipality will support 600 thousand Turkish lira ​for the work to be carried out for the Trian fountain. Mayor of Merkezefendi Municipality Şeniz Doğan, Culture and Tourism Provincial Director Turhan Veli Akyol, and Pamukkale University Laodikeia Excavation Committee Head Prof. Dr. Celal Şimşek signed the protocol.

According to the news of Selami Aydın from Sözcü newspaper; Excavation and restoration work started for the Traian Fountain, built in the name of Roman Emperor Trajan, located in the ancient city of Laodikeia in Denizli. The 1900-year-old fountain will come to light again.

60 percent of the ancient city is located within the borders of Merkezefendi. The rest of the city is within the boundaries of the Pamukkale district. The Trian Fountain is located at the south end of Stadium Street West Portico. Merkezefendi Municipality wants to draw attention to water scarcity and water use by supporting the project.

Speaking at the ceremony, Mayor of Merkezefendi Şeniz Doğan said, “Let this be a beginning. Laodikeia is an important value for us. Let the Covid 19 end, let this place be filled with tourists again”

Turhan Veli Akyol, the Provincial Director of Culture and Tourism, reminded that the fountain to be restored is one of the most important water laws in the world and said, “Here, there will be a very important restoration in terms of showing the power of both the Roman emperor and Laodikeia.”

Prof. Dr. Celal Şimşek said, “This is one of the main reasons for Denizli’s textile to go so far forward. We will raise the Trian Fountain together. We will open this place together, ”he said.

FEATURES OF THE 1900-YEAR-OLD FOUNTAIN

The single-story monumental fountain has a moving façade arrangement. Designed with a large square in front of it, the building has an apsidal pool and a colonnaded gallery facade. In the east wing of the facade facing the square, there are water laws, water use, and rules and duties regarding the protection of the line. The Trian Fountain is thought to have been built during the period of Marcus Ulpius Nerva Trajan, also known as Trajan. The Roman Empire had the widest borders during the Trajan period. The emperor, who lived between the years 53 and 117, made Mesopotamia a Roman province in his expeditions reaching Iran.

The ancient city of Laodikeia, where the fountain is located, is located 6 kilometers north of Denizli. City It was founded in the 3rd century BC by the Seleucid King Antiochus the 2nd in the name of his wife Laodike. In 129 BC, it was included in the Roman Empire.

The city, which has one of the 7 important churches of Christianity, became a religious center in the early Byzantine period. The ancient city, which was determined to be inhabited from 5 thousand 500 BC to the 7th century, is spread over an area of 5 square kilometers.