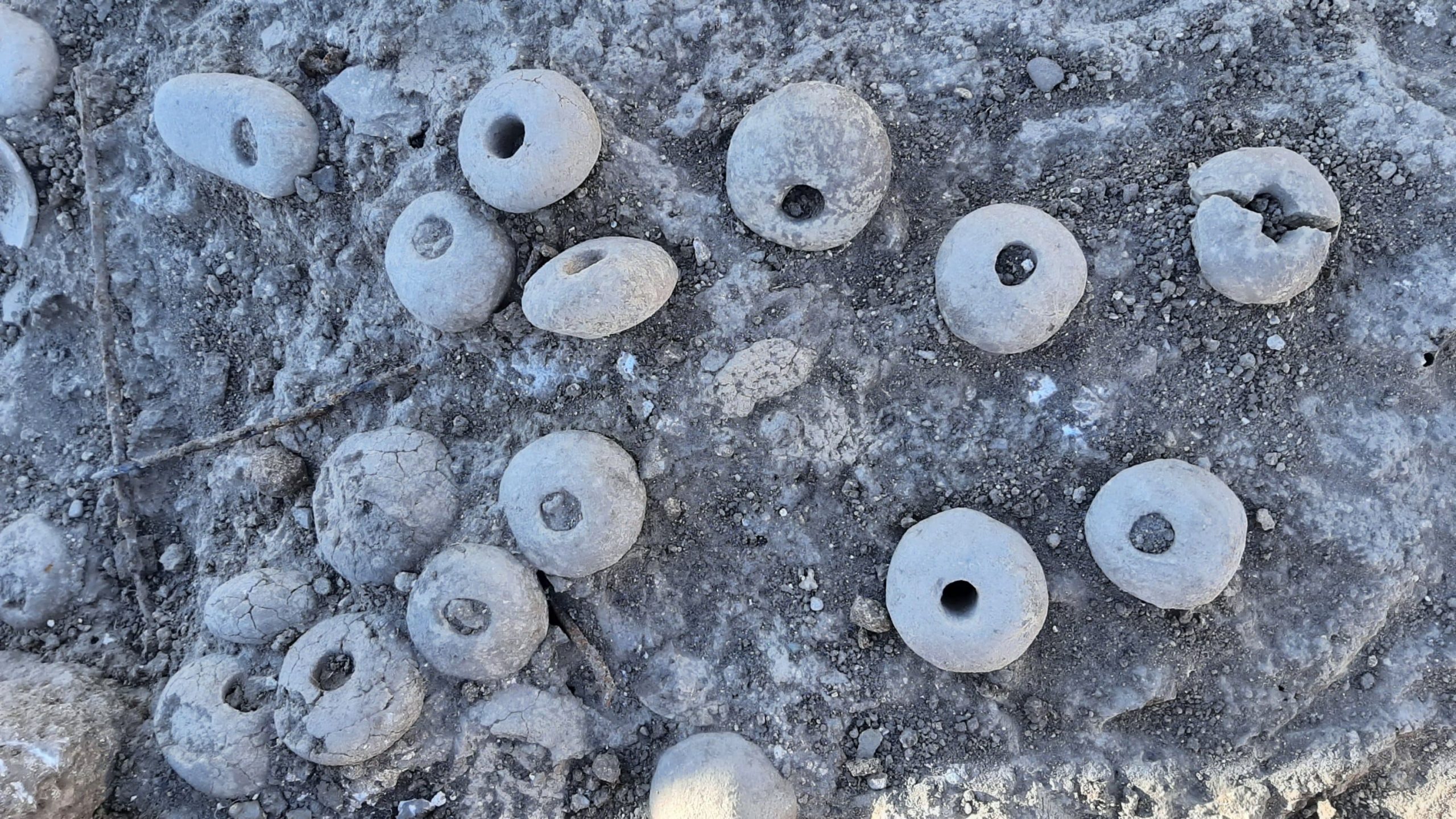 Excavations carried out in the ancient city of Perre in the southeastern province of Adıyaman have unearthed a 1,700-year-old weaving workshop and weight stones used to turn wool into the rope from the Roman era.

Perre was one of the five major cities in the Commagene Kingdom and retained its prominence during the Roman period.

Starting in 2001, the excavations have been carried out at intervals in the ancient city of Perre. A historical Roman fountain, large blocky stones, a bakery structure, water channels, and various architectural structures were unearthed during the archaeological digs this year. The latest discovery of the archaeologists in the ancient city is the 1,700-year-old weaving workshop.

Stating that there were dye vats in the region before, Adıyaman Museum Director Mehmet Alkan said: “Excavations have started in three different areas in Perre. As the excavation season approached, the existence of a weaving workshop was detected in an area of 100 square meters, and we unearthed it. How did we understand this? The abundance of heavy stones led us to detect the presence of a small-scale weaving workshop here. We had identified dye vats in this area in previous years. Weaving work was done here and products were dyed here, too.”

Noting that the area was used as a small-scale industrial area, Alkan said, “Considering that the wall structure and the residential architecture here date between the third and seventh centuries A.D., this workshop dates back to 1,700 years.”

Mehmet Alkan also stated that with the arrival of winter, the excavation works slowed down.

Perre was one of the biggest cities of the Kingdom of Commagene. It was an important city in terms of religious and geopolitical aspects. The beauty of the city’s water was mentioned in ancient Roman sources. The ancient city lost its importance after the Byzantine Period and never regained its former glory.