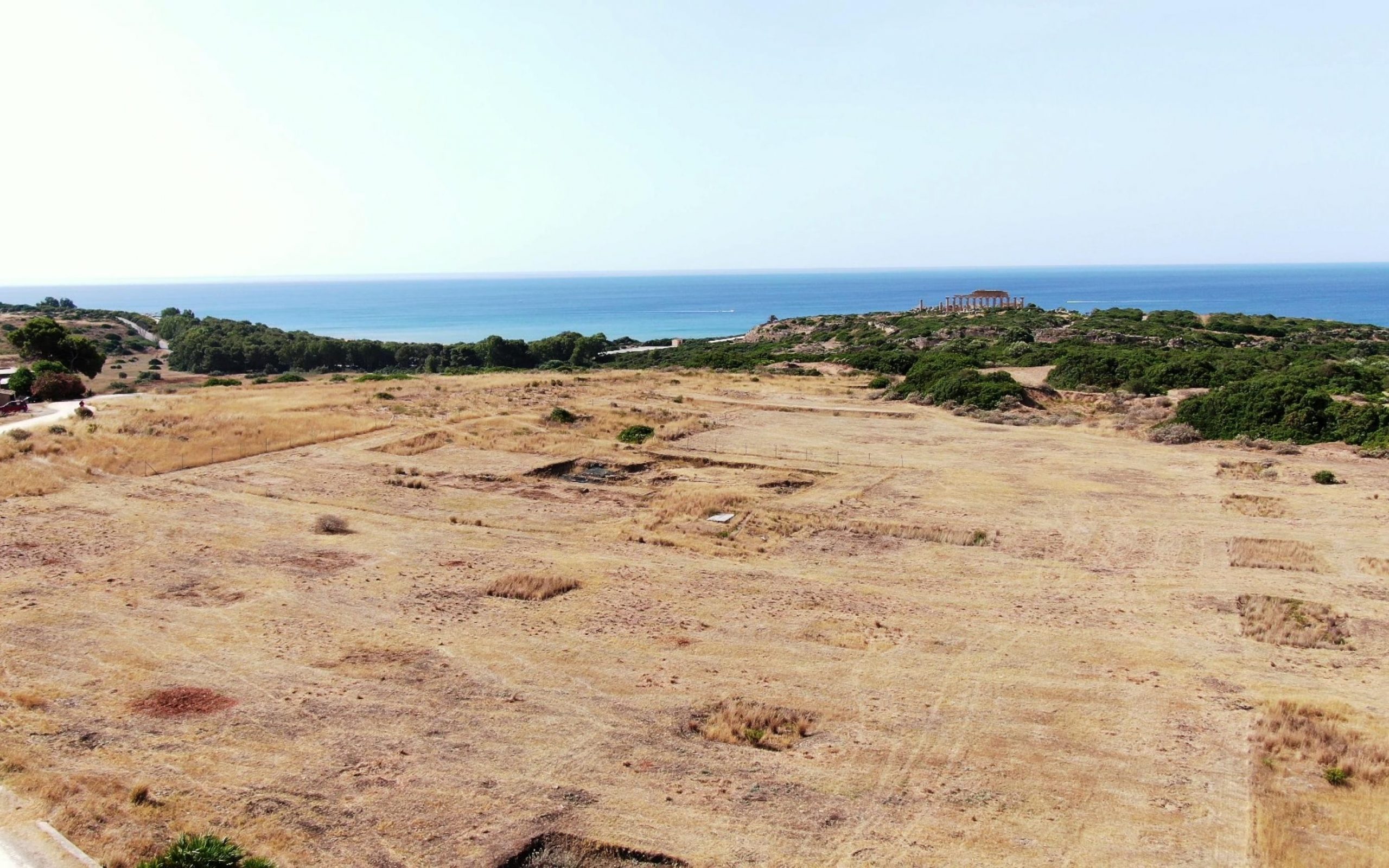 In the Selinunte, one of the most important archaeological sites of the Greek period in Italy, the outlines of the largest agora of the ancient world, with an area of ​​33.000 square meters, were unearthed.

Important discoveries regarding the 6th century BC history of Selinunte were made during the excavations of the Agora and the Acropolis.

Selinus (modern Selinunte), located on the southwest coast of Sicily, lying on two hills (the Akropolis and Manuzza Hill) connected by a narrow isthmus and bordered by rivers.

The agora of Selinunte was the biggest in the ancient world, measuring more than eight acres and being twice as big as Rome’s Piazza del Popolo. The Agora was at the center of the settlement and was surrounded by public buildings and residential quarters, connected to the Acropolis by a narrow strip of land and developing largely to the north. Excavations have previously revealed only one archaeological feature under the agora: an empty tomb in the middle of the square, perhaps that of the founder.

After two years in which work slowed due to the pandemic, excavation work resumed in June. This year’s excavation began in an area south of the acropolis with the aim of more precise dating of the newest of the A and O acropolis temples, long believed to have been built at the same time. The dig found evidence that A actually predates O, and that O was never completed because construction was interrupted by a landslide.

The most important discovery, however, was that of an aquifer under the foundations of the temple. This discovery confirmed the hypothesis that the Greek colonies settled precisely in this southern region of the Acropolis.

Archaeologists discovered a boundary wall dating back to 610 BC, not long after the arrival of the colonies led by Pammilus, while digging in depth around the third temple, known as R, which was built in the sixth century BC and possibly rebuilt after the Carthaginians occupied and destroyed the city in 409 BC. Remains of stone structures and animal bones point to altars on which rituals were celebrated.

The team also found a sizable piece of a stone mold used to create what seemed to be a bronze scepter within Temple R. Once it was cast, the two halves of the matrix were deposited in different locations. Ten years ago, the first part was found close by. A siren figurine carved from ivory and an Egyptian blue figurine of the sky deity Horus from the late 7th century B.C. were the other two noteworthy items discovered in Temple R. The carving’s exceptional quality is comparable to votives discovered at the Oracle of Apollo at Delphi, one of the most important religious sites from antiquity. So, according to archaeologists, the siren was probably brought over from Greece.

Selinus (modern Selinunte) was one of the most important Greek settlements in the West during the Archaic and Classical periods.

The city was famous throughout the ancient world for the richness of its farmland and its majestic temples. It flourished from the second half of the seventh century BCE until the end of the third century BCE, and its public spaces, temples, fortifications, and houses have been extraordinarily well preserved.

The excavation campaign is being carried out by the German Archaeological Institute in Rome in cooperation with the Institute of Fine Arts at New York University and the University of Milan, under the direction of Professor Clemente Marconi.