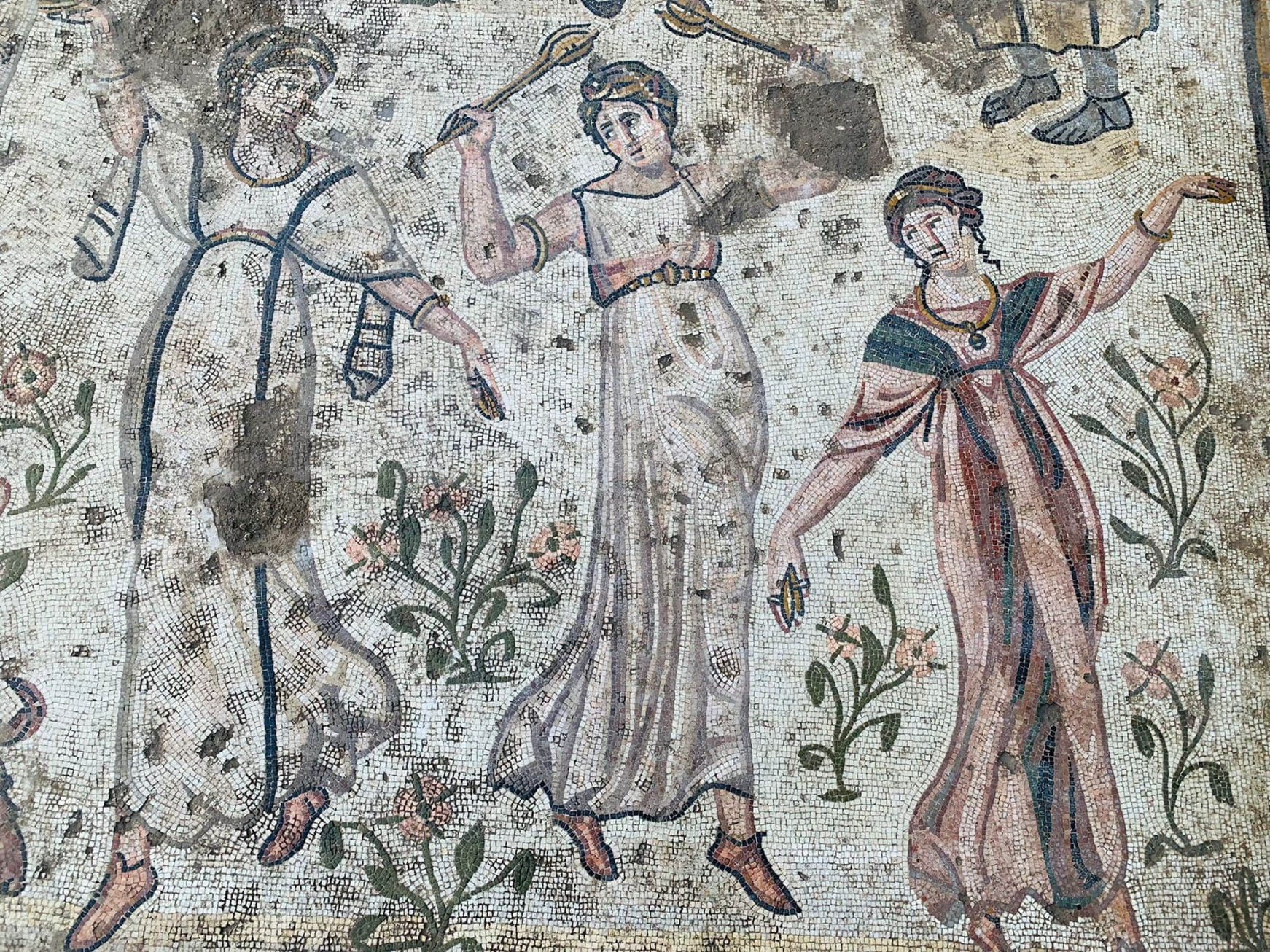 A 50-square-meter mosaic depicting an open-air feast dating back 1,500 years ago was unearthed during excavations in the ancient city of Germanicia in the southern Turkish province of Kahramanmaraş. The mosaic, which features a portrayal of three women dancing to music, is believed to depict a pre-hunt open-air banquet.

The seventh stage of archaeological excavations in the ancient city of Germanicia in the Bağlarbaşı district has come to an end.

During the excavations, the remains of 1,500-year-old architectural structures, baths, and mosaics were found.

“We had previously found a mosaic consisting of two panels and depicting hunting scenes in Germanicia in 2015,” Acıpayam said.

“The newly discovered mosaic is actually a continuation of the mosaic unearthed in 2015. We think it depicts an open-air banquet probably held before the hunt,” she said.

“There are two couples sitting in the center of the mosaic. While three women dance to music, two male figures in the field make presentations. There is also the figure of a little barefoot boy climbing a fig tree,” Acıpayam explained.

Stating that the excavations will continue in the area where the mosaic is located, Acıpayam said: “Excavations have not been carried out in the entire area yet. We plan to continue the excavations in the same area in 2022.”

“At the end of 2022, we plan to open the area where the excavations were carried out in line with the permission from our General Directorate of Cultural Heritage and Museums.”

The ancient city of Germanicia was discovered in 2007 during illegal excavations.

The expropriation works were carried out for the ancient city in 2008, and excavation and preservation efforts were launched in 2009.