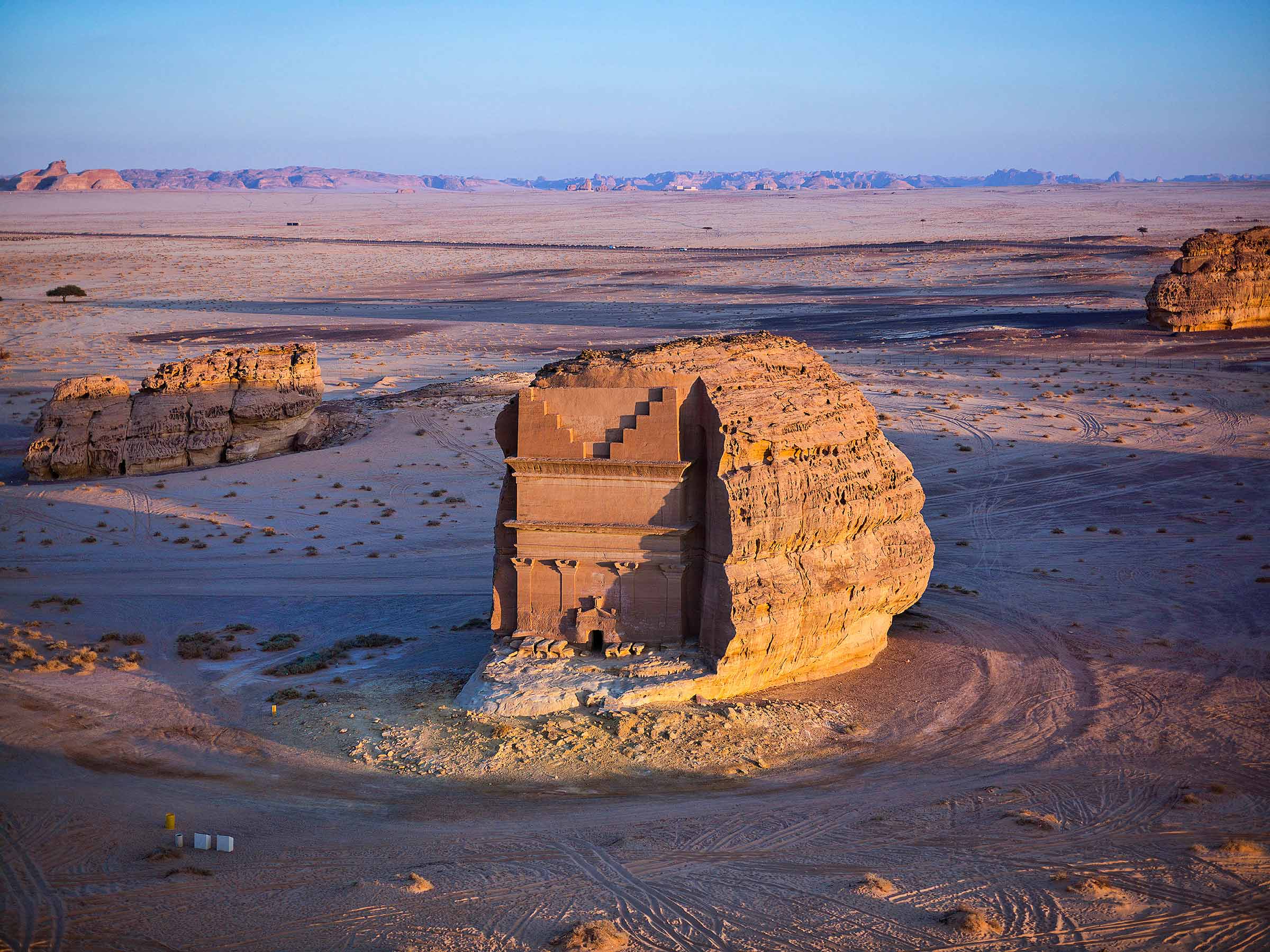 The world’s first “Museum in the Sky” flight operated by Saudia Airlines, will take off from Riyadh to AlUla today.

The museum, a joint effort of the Royal Commission for AlUla and the national flag carrier Saudia, will display a replica collection of objects unearthed in AlUla during archaeological digs.

The Museum of the Sky is a joint collaboration between AlUla and Saudia, to highlight the significance of the former as a living museum, with only a small fraction of identified archaeological sites currently being investigated.

Passengers will also be able to watch a Discovery Channel documentary called “Architects of Ancient Arabia” that was released this year, the Saudi Press Agency reported.

Rebecca Foote, director of archaeology and cultural heritage research at the commission, will provide an introduction to the documentary during the trip and give an explanation about the artifacts featured in the museum.

“There is an extraordinary volume of work ongoing in AlUla by both local and international archaeological teams, and yet we are only just beginning to understand the complexity of AlUla’s past,” said Dr. Rebecca Foote.

“We are delighted that Architects of Ancient Arabia will be displayed onboard Saudia IFE system – we aim to serve our passionate audience of superfans around the world with content that inspires, informs, and entertains,” added Kerrie McEvoy, channel director, Discovery Channel, Europe, Middle East, and Africa. “This was a special project for Discovery, and AlUla is a special place with untouched desert and some of the most stunningly well-preserved evidence of ancient civilizations.”

Khaled Tash, vice president of corporate communication, Saudia Group, said: “We have created a dedicated channel in our in-flight entertainment system to display this beautifully produced documentary by the Discovery Channel.

“Broadening our partnership with the Royal Commission for AlUla, we are creating a ‘Museum in the Sky’ experience to AlUla that brings its rich heritage to life on board Saudia.”

In the following months, AlUla will host a variety of activities for both domestic and foreign tourists. A new schedule of four unique events, including the 3rd Winter at Tantora, AlUla Skies, AlUla Arts, and AlUla Wellness Festival, begins on December 21. Visitors may also partake in a wide range of gastronomic activities. Meanwhile, equestrian activities will feature a new haute couture horse fashion event, the Custodian of the Two Holy Mosques Endurance Race, and AlUla Desert Polo.