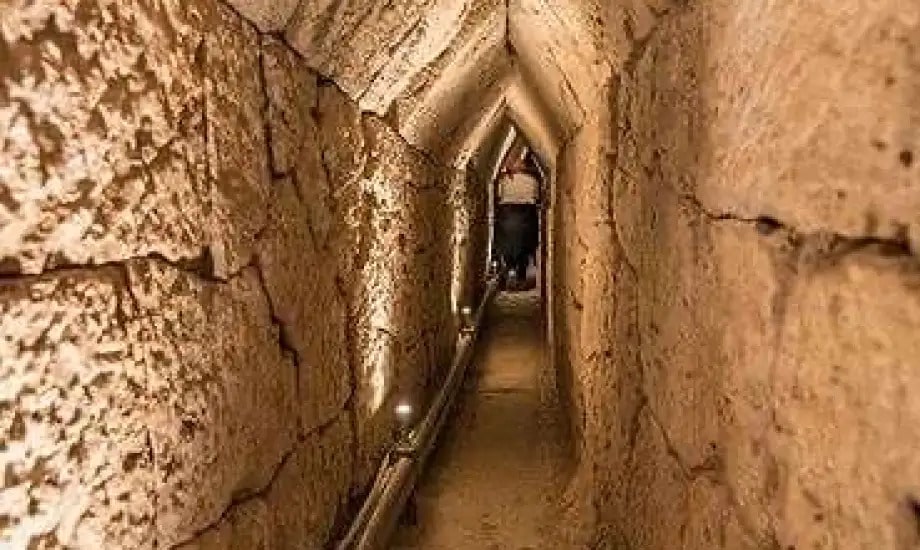 A Greco-Roman tunnel measuring 1,305 meters in length was discovered beneath Tapuziris Magna, an Ancient Egyptian city, by an Egyptian-Dominican archaeological mission from the University of Santo Domingo.

The tunnel was carved into the rock and is 1,305 m long, 2 meters high and 13 meters underground, according to a statement released on Thursday by the Egyptian Ministry of Tourism and Antiquities.

The team, led by archaeologist Kathleen Martinez, found the heads of two Ptolemaic-era alabaster statues near the temple, one of which was likely a sphinx representation.

Dr. Kathleen Martins, head of the mission, explained that initial studies indicate that the architectural design of the uncovered tunnel is very similar to the Yubilinus tunnel project in Greece, but is longer, describing it as an engineering miracle.

She added by saying that several pottery pots and ceramic jars, as well as a rectangular block of limestone, were discovered beneath the mud and sand during the excavations and archaeological survey of the tunnel.

The mission is attempting to uncover a portion of the Temple of Taposiris Magna’s foundations that have been revealed by numerous pieces of archeological evidence.

According to scientific sources, at least 23 earthquakes struck the Egyptian coast between 320 AD and 1303 AD, causing a portion of the temple of Taposiris Magna to collapse and sink beneath the waves.

It is worth noting that the Egyptian- Dominican mission was able to find many important artifacts inside the temple during previous excavation seasons, including coins bearing the images and names of Queen Cleopatra IIV and Alexander the Great, as well as several headless statues and statues of the goddess Isis, as well as various inscriptions and busts of various shapes and sizes.