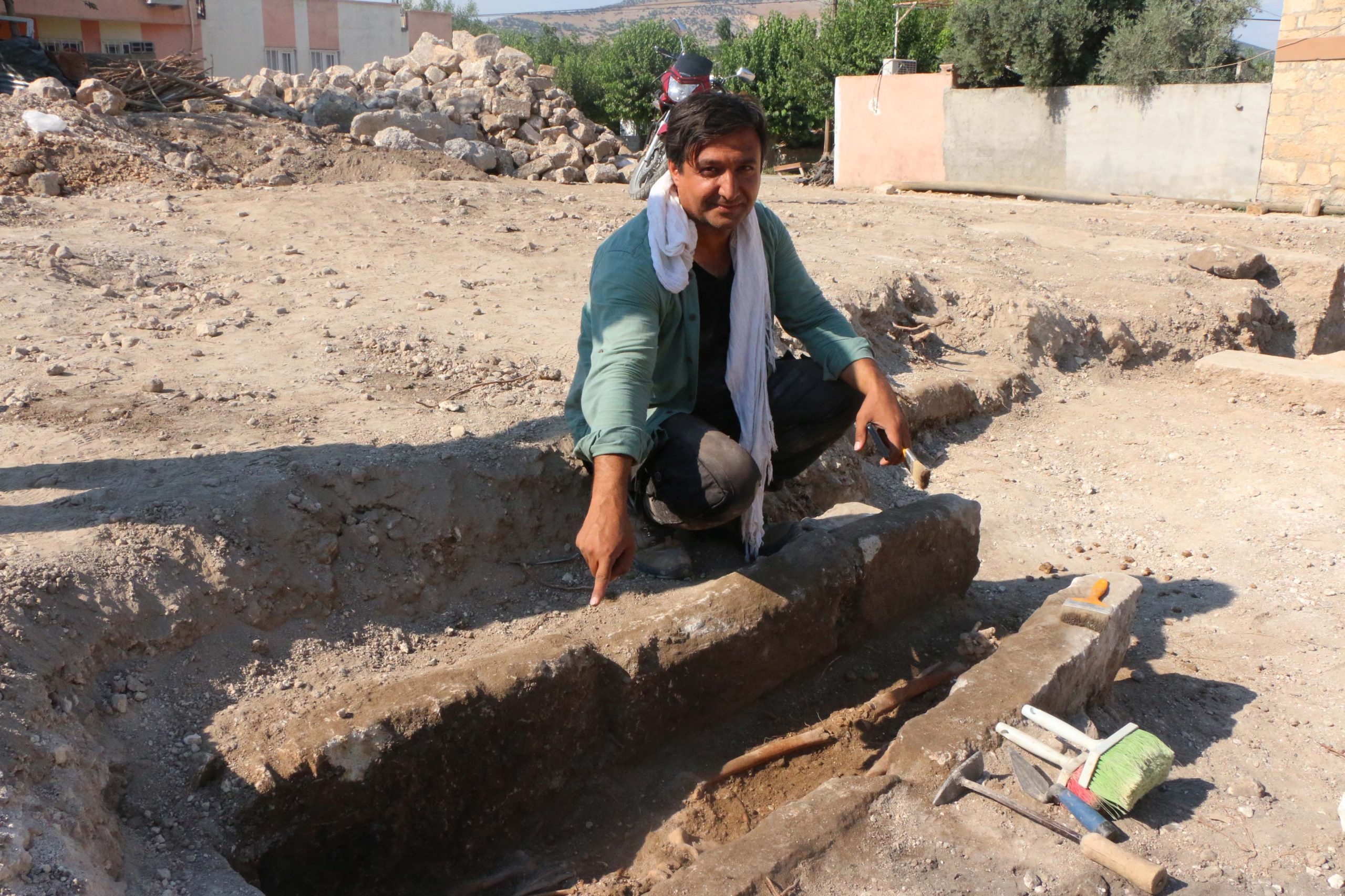 A 1,000-year-old tomb was unearthed in the ancient city of Perre in Adiyaman province.

Adıyaman Museum Director Mehmet Alkan, who examined the excavations, said that there was a tomb in the city dating back 1000 years.

According to the news of DHA reporter Mahir Alan; During the excavations carried out on an area of 2 decares in the center and the living area of the Ancient City of Perre, a tomb belonging to the Byzantine period, which was formed by surrounding it with stones, was found.

Adıyaman Museum Director Mehmet Alkan, who examined the excavations carried out, stated that there was a tomb in the area where the center of the ancient city is located, and said, “We have reached an interesting tomb structure here. This tomb structure was surrounded by stones and a male skeleton appeared. This male skeleton was lying on its back, and a pot was also found in the tomb. In our investigations, we determined that the skeleton belongs to a thousand years ago, that is to the Byzantine period,” he said.

Perre Ancient City is located 5 kilometers from the city core of Adiyaman. In Ancient Roman texts, the city is noted for the beauty of its water. In the necropolis area near Perre Ancient City, there are more than 200 rock tombs.