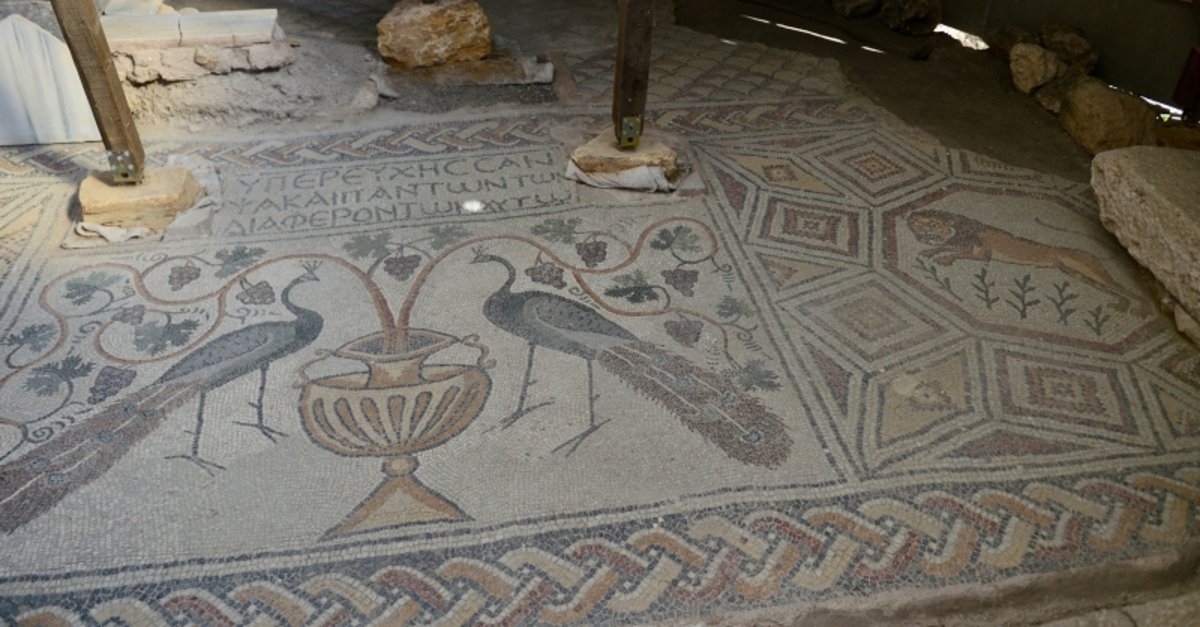 New mosaics with various figures were unearthed during the ongoing excavations in the ancient city of Hadrianopolis, which is called the “Zeugma of Black Sea”.

The ancient city of Hadrianopolis, located in Eskipazar district of Karabuk province in the north of Turkey, the ancient city is called the “Zeugma of the Black Sea” because of its mosaics depicting many animals such as horses, elephants, panthers, deer, and griffons.

The excavations started in 2003 in the Hadrianopolis. The ancient city of Hadrianopolis is believed to have been founded in the 1st century B. C. and was used as a settlement until the 8th century A.D.

Speaking to Anadolu Agency (AA), Sinan Ekici, an official from the excavation team, said excavations and restoration have continued at the site year-round.

“We are unearthing the walls of a Roman castle now. There is a new structure inside the castle that we started to excavate this year …The mosaics show that it was a beautiful building,” he noted.

Ekici went on to say that mosaics are in various parts of this square-planned building and there are also various bird and amphora figures and grape basket decorations on the mosaics.

“It is only a matter of time before new mosaics are discovered. After taking the needed measures, we will open the mosaics for tourism,” he added.

Archaeological surface surveys have uncovered 14 public buildings and other structures in the ancient city of Hadrianopolis so far.

Among these public buildings are two baths, two churches, a defense structure, rock tombs, a theater, an arched and domed structure, a monumental cultic niche, walls, a villa, other monumental buildings, and some religious buildings.