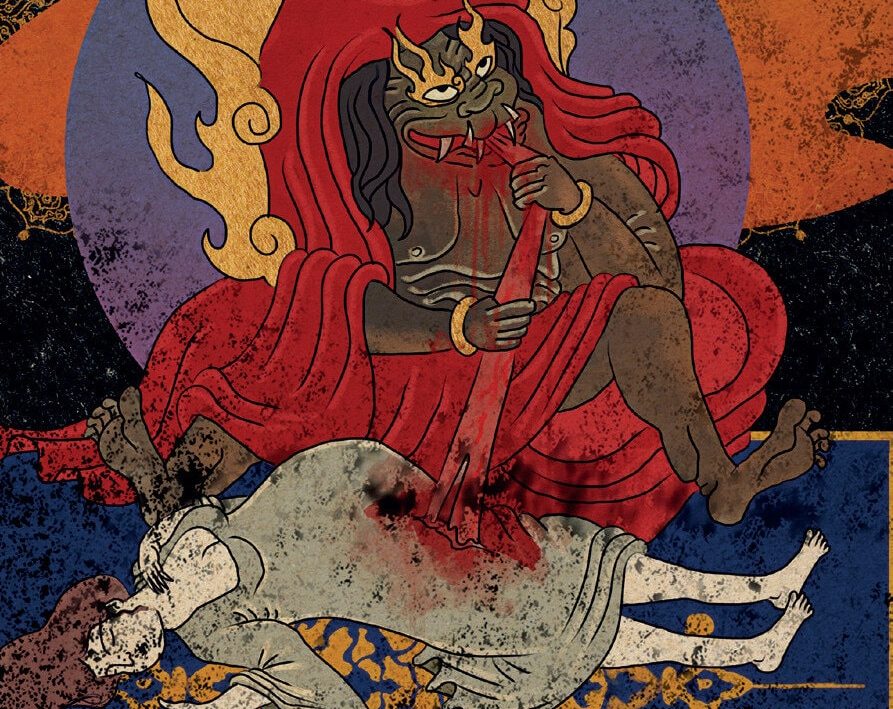 Albastı is one of the bad characters in Turkish mythology. The fearful dream of puerperal women and babies, Albastı continues its existence in Turkish geography Central and Eastern Anatolia.

The following information about Albastı, which is also known by names such as Al, Ak Wife, Albas, Albis, Albız, Almıs, has been conveyed to the present …

Albasti, the evil spirit of the Turkish World, is a mythological creature who wants to kill the puerperant woman and the baby and boil their lungs in water.

Albasti, the evil spirit of the Turkish World, is a mythological creature who wants to kill the puerperal woman and the baby and eat their lungs.

According to Kyrgyz, Kazakh and Bashkirs, Albastı is divided into two as Black and Yellow Albastı. Yellow Albast is the type that does not cause much trouble. At the lower level, shaman and teacher can be banished from man and his environment with prayers and ceremonies. But he’s such a mischievous type; to have fun they can go back and scare.

Black Albastı is not such a mischievous, fun-loving, easy being. Like its name, it is a dark, dignified, serious, strong-willed being. In order to get rid of them, only people who know them well and who are educated about them can be consulted.

They appear to humans in the form of yellow Albastı, yellow goats, foxes. Postpartum women can get rid of yellow Albastı thanks to the shaman. We said that they did not cause much difficulty.

He utters the following magical words with his Baksı kopuzu to expel Albasti:

If you don’t keep my Word

If you don’t respect me

These words are used in today’s Anatolia rituals of expelling evil beings. Some of the words have been replaced by religious motifs.

In an interesting belief about Albastı, it belongs to Tuba Urenha Turks, who are devoted to Shamanism. The Tuba Turks believe that Albastti’s descent is from an unmarried girl, that they live on the beaches and rocks and sound like a goat.

New mothers and babies are not released left alone in Konya and its surroundings. Because Albastti is still feared in this region. If somehow the woman or the baby will be alone, a broom is put next to their head. In Eastern Anatolia, it is believed that Albasti fled from male horse, steel and blue beads. It is believed to be protected from Albast with these objects.

Source: For some information in the article, Bahattin USLU’s book “Turkish Mythology” was used.