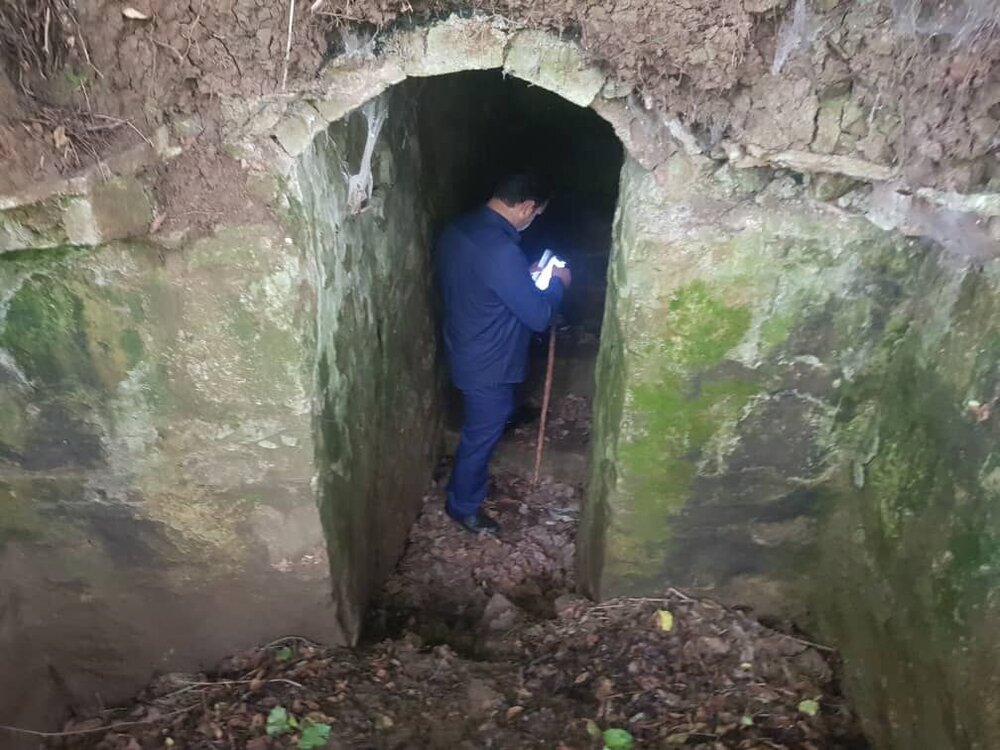 A hand-dug underground passage dating from the Qajar era (1794-1925), once believed to have served military purposes, has been discovered in northern Iran.

The tunnel, which is equipped with underground stairs, ammunition slums, soldiers’ rooms, etc., is stretched in the north-south direction, and it probably dates from the Qajar era (1794–1925), the official added. (Tehran Times)

Jahani stated that more study and analysis should be performed to address questions such as the tunnel’s precise construction time, its usage during certain eras, and the manner in which building materials and water were given (by the original builders/users).

Gilan Province was the birthplace of the Buyid dynasty in the mid-tenth century. Previously, the province’s people held a significant role throughout the Sassanid dynasty until the 7th century, and their political authority reached all the way to Mesopotamia.

Gilan became a prominent silk manufacturer in the 15th century CE. As a result, it was one of Iran’s richest provinces. This cash source was at least largely responsible for Safavid’s annexation in the 16th century. The silk trade, though not the production, was a Crown monopoly and the imperial treasury’s single most significant source of trade revenue.

In the late 18th century CE, the Qajars created a central government in Persia (Iran). They lost a series of battles against Russia (Russo-Persian Wars 1804–1813 and 1826–28), resulting in the Russian Empire gaining considerable dominance in the Caspian area that lasted until 1946. Russians and Russian soldiers had almost completely captured and inhabited the Gilanian towns of Rasht and Anzali.

Russians and Russian soldiers had almost completely captured and inhabited the Gilanian cities of Rasht and Anzali. The majority of the region’s main cities had Russian schools, and substantial remnants of Russian culture may still be observed in Rasht today.

Russian classes were made mandatory in schools, and the considerable growth in Russian influence in the region continued until 1946, having a huge impact on Iranian history by directly leading to the Persian Constitutional Revolution.