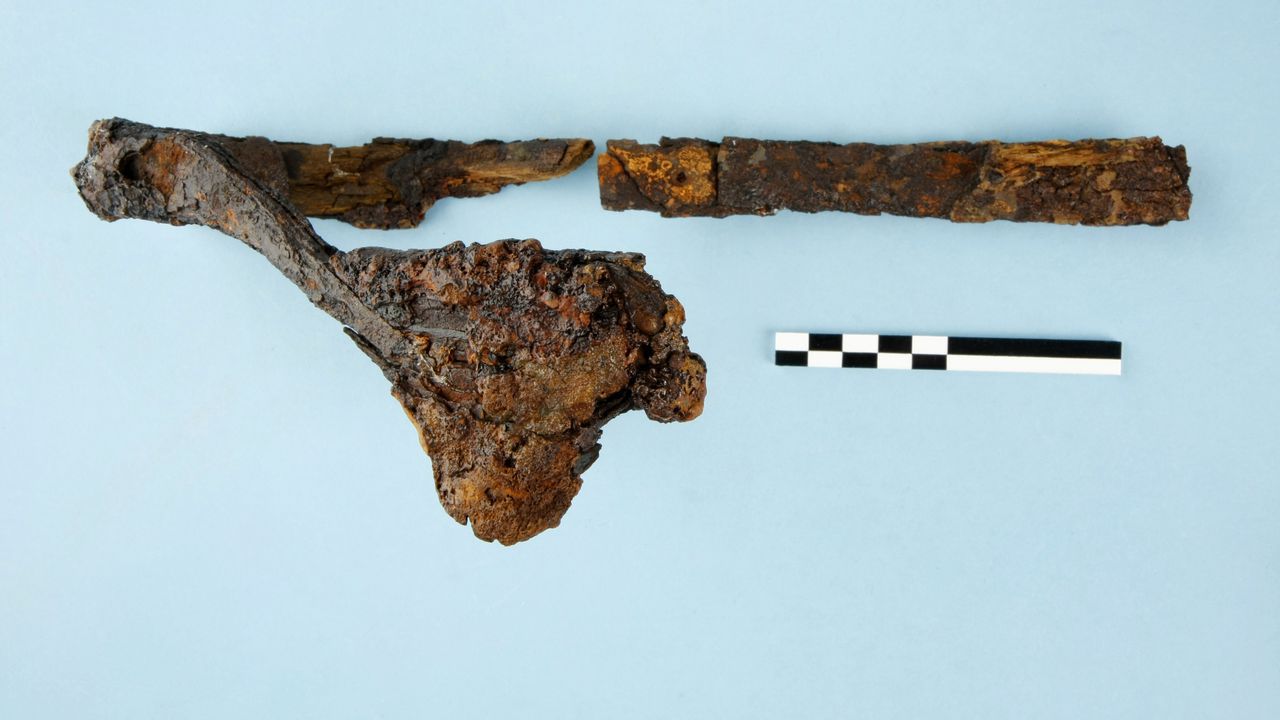 The hernia truss found during the Hopmarkt excavations in Aalst, in the Belgian state of East Flanders, was a surprise for the researchers.

An archaeological survey was conducted in the city of Aalst in Hopmarkt in 2004-2005. Among other things, archaeologists studied a significant part of the Carmelite monastery (1497 – 1797). In the convent of this monastery, they found a strange object in the form of an arc, in layers corresponding to the tomb levels. Its original function was not known.

After some of their studies, the researchers discovered the object was a kind of belt used in people with inguinal (groin) hernias.

“It is a kind of belt that was used for people with inguinal (groin) hernia. Patients with this condition have a cavity in the abdominal wall through which intestines bulge out,” Jan Moens of the Agency for Immovable Heritage said on Flemish radio.

“The belt consists of metal, leather and a pressure ball that keeps everything in place at the site of the wound.”

The trusses have been used for centuries, with doctors and surgeons even bringing all kinds of different models on the market, according to him.

As an archaeological find, however, they are rather rare. “In the Netherlands, a few have turned up, but this is a first for Flanders.”

Additionally, the find is even more special, because the belt’s owner was found as well, as if by chance.

“At the moment, we are conducting another study in which we are analysing the Codex 156. That is a very old book that is in the library of the University of Leuven,” Moens said. “It also contains the accounts of the Carmelite monastery of Aalst from 1738 to 1796. And the name of brother Patrick, the patient who suffered from an inguinal hernia, also appears in it.”

In the Codex, there is a first mention under the year 1754, when the monastery paid five nickels for the belt

“Such a belt is not expensive when you compare it to the other costs in the list, it cost about as much as a chicken back then,” he said.

A new report was found in 1758, then explicitly mentioning the name of monk Patrick. “It is very special that so many years later and after further research, we can even put a face to an 18th century find about which we were in the dark for a long time.”