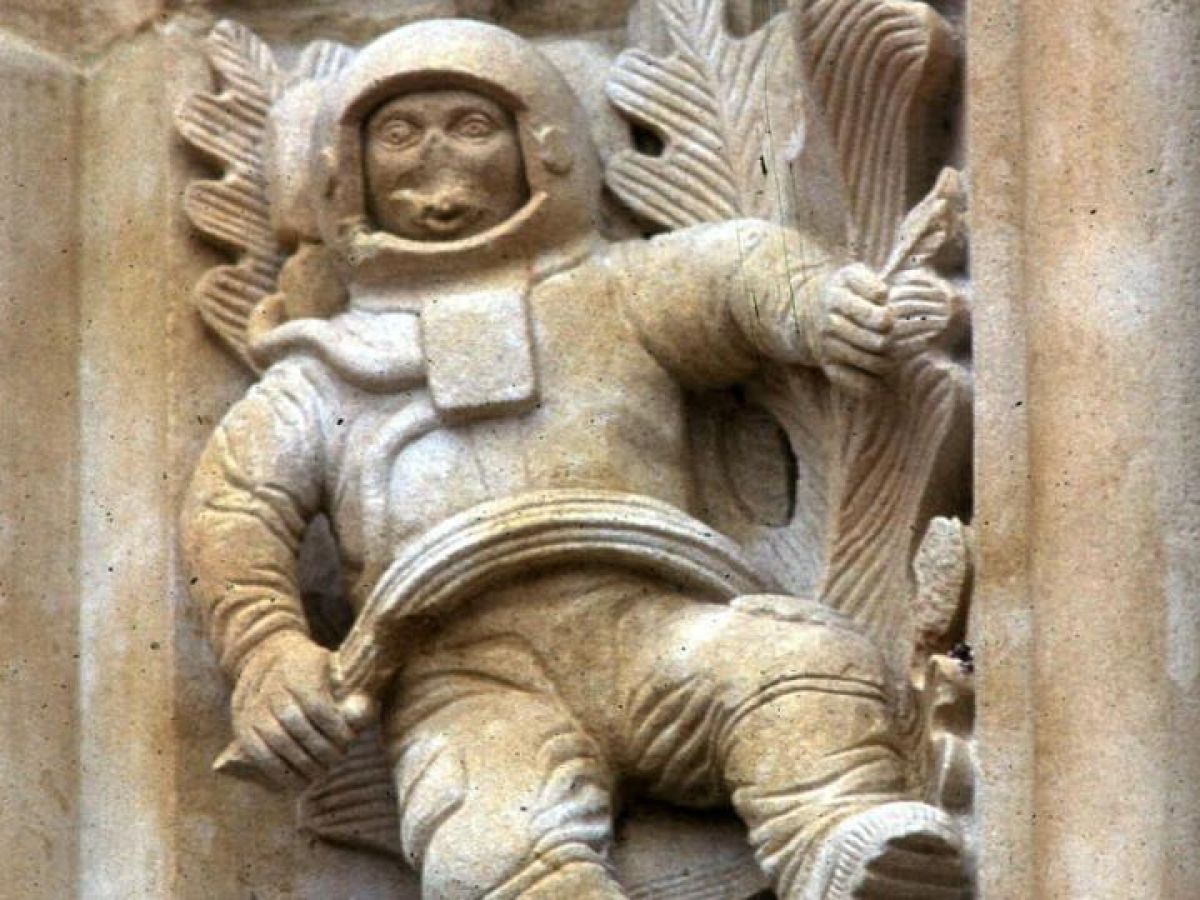 There is a photograph of an “astronaut” carved in a 16th century Spanish cathedral in Salamanca. Known as the Catedral Nueva, the entrance façade of this cathedral features a strange modern figure who appears to be an astronaut wearing a helmet.

This picture, circulating the internet, could easily cause someone to pause and even rethink their position on the validity of ancient aliens.

However, this spacesuit, complete with tubes and boots, shows an accurate depiction of what a man in space would be outfitted with. And the picture is not fiction or fabrication.

The Catedral Nueva, or ‘New Cathedral’ is not new at all, as is the way of many churches in European cities. It’s a building project that started back in 1513, and was interrupted by various events, including the Lisbon earthquake of 1755.

Salamanca’s biggest and loveliest surprise is its enclosed Main Square. Dating from the 18th century, it’s a marvel of sandstone that seems to have survived intact, rather like the Place de Vosges in Paris. Up to 150 years ago, they would have had an unsettlingly fine view of the bullfights that took place in the plaza below. A bull’s head in stone still protrudes over one of the exits from the square to signal the fact.

Salamanca is one of three university cities close to Madrid that attracts visitors interested in culture and particular places of veneration.

As with most pictures that circulate the internet making weird claims, there is a deeper story behind the carving on Catedral Nueva and it doesn’t involve aliens at all.

According to reports, the astronaut carvings were included only recently; in fact they were only included in 1992, and not the 12th or 16th century.

While it is true that Catedral Nueva’s construction began in 1513, under the order of King Ferdinand, married to the famous Queen Isabella, there was no such carving at the time of the project’s completion.

One of the artists, Jeronimo Garcia, who was responsible for working on the project, decided that he would add a personal touch to the work and decided to include two sculptures that were modern in creation.

The explanation for why an astronaut was selected was because it was a symbol of the 20th century when one of the greatest accomplishments of mankind was achieving space flight and landing on the Moon.

That is not all, as the artist even included figure of a dragon eating an ice-cream, a lynx, a bull, a stork, a rabbit, and a crayfish.

It can be fun to look into concepts like the ancient astronauts theory, but most of the time, there are far more plausible explanations than the idea that aliens once roamed the Earth, inspiring people to carve statues of them into cathedrals.