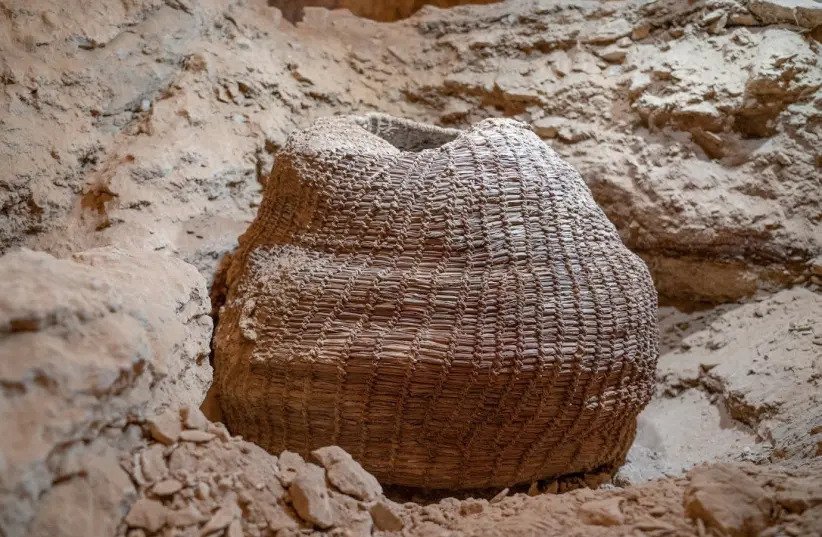 Materials from four different parts of the basket were analyzed for dating. Researchers believe that the basket was made in the non Pottery Neolithic period.

The basket was found to be empty and closed with a lid. Only a small amount of soil was recovered, and the researchers hope that it can help identify the substance in the container.

Archaeologists have found evidence that the robbers of antiquity probably came to about 10 cm. from the artifact, but stopped digging just before reaching it.

The rescue operation aims to investigate hundreds of caves in the Judean Desert to track down and preserve the relics that are still hidden there before being recovered and sold on a private market, as has been the case in the past.

“Organic materials usually do not have the ability to survive for such long periods,” Dr. Naama Sukenik from the IAA’s Organic Material Department told The Jerusalem Post. “However, the special climatic condition of the Judean Desert, its dry weather, have allowed for dozens of artifacts to last for centuries and millennia.”

Archaeologists have found fragments of textiles that still wear their bright colors carrying from Roman times, parts of sandals, a small comb with a 2,000-year-old louse stuck between the teeth, seeds, and pieces of rope.

Approximately half of the area is still to be investigated and further reveals the life of Israel throughout the millennium. We will continue to follow these exciting developments together.

Dozens of pieces of parchment from a biblical scroll dating back about 2,000 years were also unearthed in the Judean cave. We recommend you read this article.