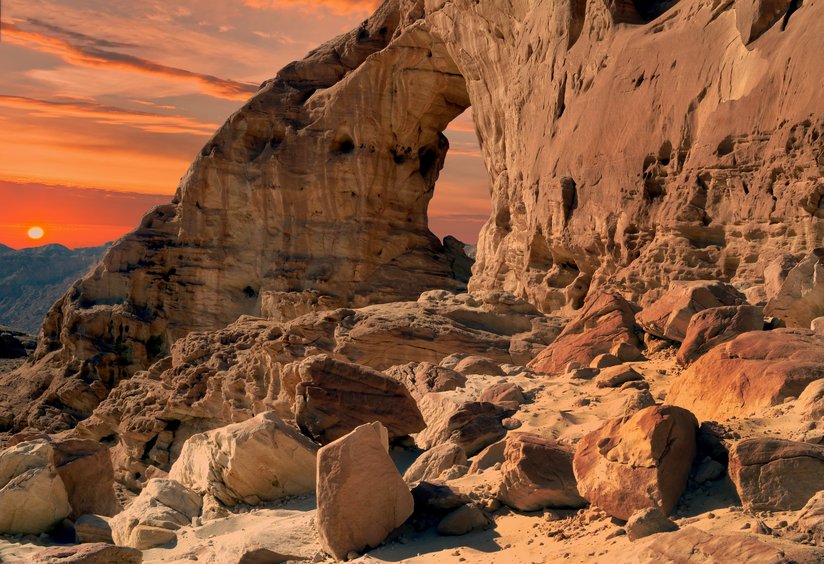 An archeological team working in Israel’s Timna Valley believes they have discovered the reason behind King Solomon’s legendary wealth.

The Timna Valley is located in the Israeli desert, further south than Qumran. Since 1964, archaeologists have been excavating there.

Researchers who have been working there since the mid-1960s “have discovered a network of mines, believed to have been worked by slaves under King Solomon, explored in the Smithsonian Channel’s documentary, ‘Secrets: King Solomon’s Mines,” the Express writes.

Archaeologists “may have uncovered” the source of King Solomon’s mythical wealth, according to the Smithsonian Channel documentary.

Professor Erez Ben-Yosef of Tel Aviv University figüred that production at the site was at its thriving 3,000 years ago, during Solomon’s reign.

In an article published in Plos One, a team of scientists led by Tel Aviv University’s Prof. Erez Ben-Yosef of the Central Timna Valley Project and Prof. Tom Levy of the Edom Lowlands Regional Archaeology Project demonstrates how the vast mining network experienced change.

The researchers examined hundreds of pieces of slag, and copper smelting leftovers, from old copper mines dating back 500 years. The majority of the samples came from southern Israel’s Timna mining complex — possibly the location of the legendary King Solomon’s Mines — and Faynan, north of Timna in Jordan’s Arava Valley.

From the 13th to the 10th century BCE, the researchers saw a progressive technical advancement in smelting skills and efficiency methods.

Contrary to popular belief, the mines are not filled with gold or silver, but with copper. Ben-Yosef points to signs of extensive copper manufacturing surrounding the location.

Copper, which was used to create tools, ornaments, and weapons, was a valuable metal in ancient times. Copper was the most lucrative industry.

According to Dr. Mohammad Najjar of Friends of Archaeology of Jordan, copper was 3,000 years ago what crude oil is now: an irreplaceable and priceless commodity.

Najjar calls Humanity’s beginning to manufacture its own materials a “quantum leap.” According to Thought Co., copper was the first metal used by mankind.

According to the Express, Najjar has studied ancient copper processes and showed to a Smithsonian documentary how King Solomon’s men would have worked the natural copper found in the caves.