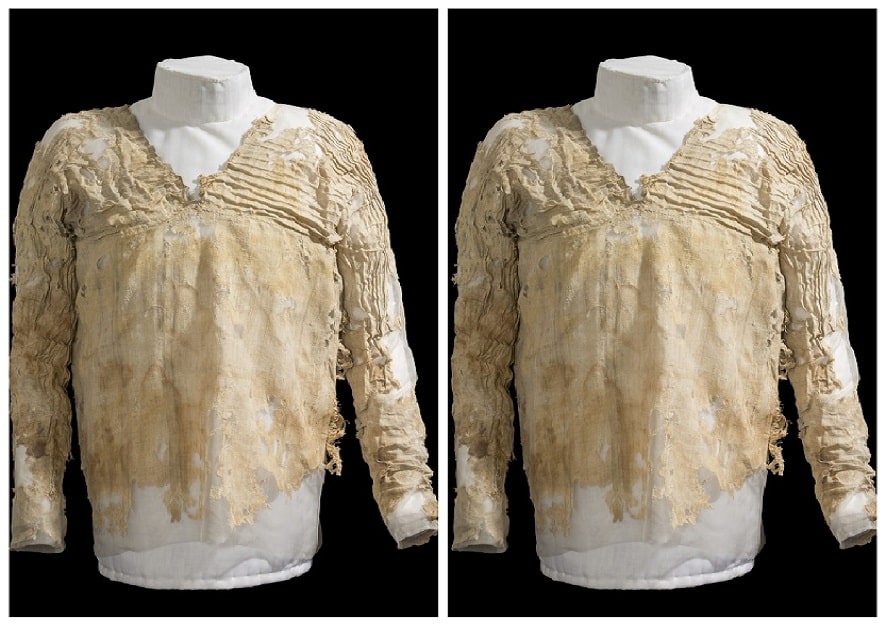 Life, nutrition, shelter, and dressing are the essential trio… We know that the first humans made clothing products with animal furs to protect themselves from the cold. In time, people who started not to dress only to protect the body began to lay the foundations of today’s fashion. Even in the iceman Ötzi, tattoos, and various clothing marks are seen.

Anthropologists state that clothing should not only be considered as protection or covering unwanted areas of the body but should be defined as cultural development and status tool.

In the Paleolithic Age, people dressed their leaders differently from themselves. In the Neolithic Age, the differences between the trade created by the surplus and the members of the social groups formed were again evident with the quality and variety of the clothes.

The distinction between rich and poor was reflected in the quality of the clothes.  In particular, this distinction was more pronounced in Egyptian and Roman cultures. In Sumerian, Akkadian, Assyrian, Hittite, Egyptian, Roman, and many cultures, the suit-up was a tool that showed status.

The oldest woven garment in the world “Tarkhan Dress”

The clothes worn thousands of years ago have survived to this day. These clothes were simply wrapped around the body. But the ‘Tarkhan Dress’, named after the city in Egypt where it was found in 1913, is beautifully sewn together. About five years ago, it was accurately dated using the latest radiocarbon dating technology. Researchers have determined that the linen dress with fine details dates back to 3482-3103 BC, making it the world’s oldest woven garment.

Alice Stevenson, the curator of the Petrie Museum of Egyptian Archaeology in London, recently stated that textiles recovered from archaeological sites are usually less than 2000 years old. Researchers say that the history of the Tarkhan dress can be traced back more than 5,000 years, and when it was new, it may have been longer, researchers said.

It was once part of a “large pile of dirty linen cloth” excavated by Sir Flinders Petrie in 1913 in a place he named Tarkhan after a nearby village 30 miles south of Cairo, archeology.org said. In 1977, researchers at the Victoria and Albert Museum were getting ready to clean a large pile of dirty linen cloth when they discovered a beautifully sewn Tarkhan dress. Although there were wrinkles on the elbows and under the armpits that someone had once worn a dress, the linen V-neck shirt with pleated sleeves and bodice was in excellent condition despite its age.

The researchers preserved the fabric, sewed it to Crepeline silk to stabilize it, and displayed it. It was soon recognized as Egypt’s oldest garment and the world’s oldest woven garment, largely due to the age of the tomb where it was discovered. However, the researchers were unable to give the dress an exact age, as the grave where the suit was found was looted.

In the 1980s, when the dress-associated linen was analyzed using a new technology of accelerator mass spectrometry, It was believed to belong to the end of the 3rd millennium BC. However, according to the researchers, this date was too broad.