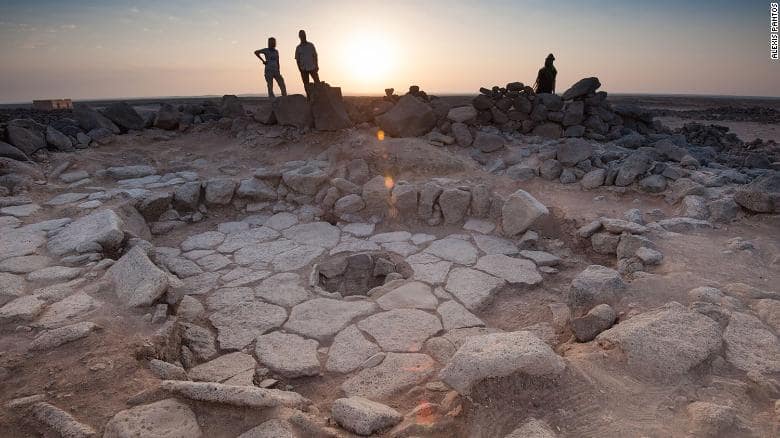 Researchers have discovered the charred remains of a flatbread baked by hunter-gatherers 14,400 years ago. It is the oldest direct evidence of bread found to date, predating the advent of agriculture by at least 4,000 years.

Twenty-four bread-like discoveries were found in two fireplaces in a Natufian hunter-gatherer site known as Shubayqa 1.

The findings in 2018 suggest that bread production based on wild cereals may have encouraged hunter-gatherers to cultivate cereals, and thus contributed to the agricultural revolution in the Neolithic period.

Who knows? Making fresh bread from opportunistically collected wild grains was really hard, but maybe the innovation smelled so good that the people invented agriculture.

Microscopic analysis of the fireplace finds showed the locals used about 95 different plants, mostly a bulrush that produces edible roots, shoots, and “nutlets”. They also found barley, oats, and wheat. However, whether or not these ancient people in the Levant, the Natufians, deliberately grew and nurtured the grains or opportunistically collected edible weeds is not clear.

The 24 remains analyzed in this study show that wild ancestors of domesticated cereals such as barley, einkorn, and oat had been ground, sieved, and kneaded prior to cooking. The remains are very similar to unleavened flatbreads identified at several Neolithic and Roman sites in Europe and Turkey. The charred remains in Jordan are the first direct evidence that bread production preceded agriculture.

In addition to bread, materials such as wild mustard seeds, some animal bones, and three different types of cheese were discovered in the region.

For a really ancient meal, then the ideal companion to the Oldest bread is the Oldest cheese.

The oldest residue of solid cheese is 3,200 years old, dating back to the 13th century BC. It was found in the tomb for Ptahmes, the mayor of the ancient city of Memphis in Egypt.

For the full article…