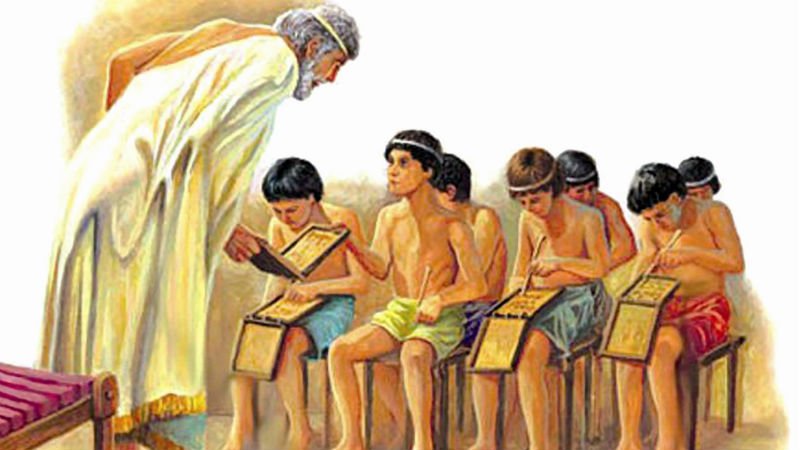 Youth is the same in every era. Not so hard to guess. How was your life as a teenager? You have wandered in high school, got into pranks from time to time, flirted with everyone, maybe played some sports, and were generally frustrated in the easy life of young people.

You might also assume that the teenagers who lived thousands of years ago suffered hardship, oppression, and danger.In fact, it may be surprising to learn that ancient youths are not different from those of our time. They played pranks, loved, fought – they just did it another time. Okay, so they were also forced into arranged marriages, sometimes sacrificed to their gods, and had a good chance of not reaching puberty at all. Admittedly, life was a little harder for them. 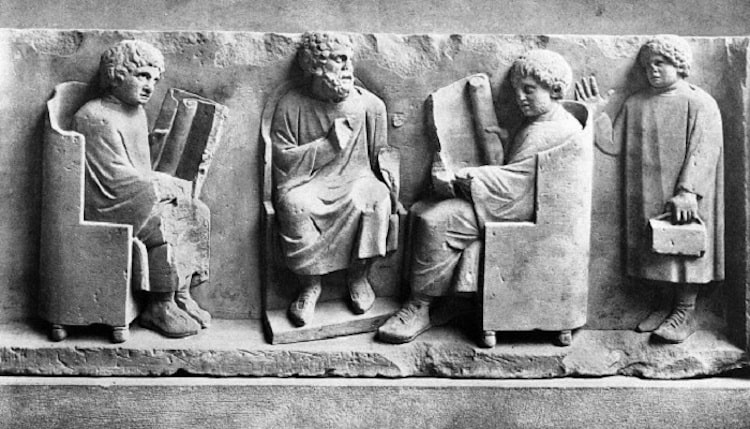 Education was for the rich

For young people who are currently struggling in school, young people have to struggle in school for thousands of years. This may bring them comfort, but this is true. Throughout the ancient world, children and adolescents were educated, perhaps to a higher degree than their peers in the Middle Ages. The only difference from modern times? At that time, you must be rich.

Egyptian children had to come from wealthy backgrounds to receive a formal education. If so, they would continue their education in reading, writing, and arithmetic. In ancient Greece, education may have been more common in the early years, but only wealthy teenagers received a secondary education – this time in rhetoric, science, and philosophy. if you are a slave or extremely poor, you probably didn’t intend to spend your time doing geometry homework.

Physicality was a particularly important part of a teenager’s upbringing in some ancient cultures. As Scholastic said, gymnastics was introduced to Greek society through a range of exercises such as running, jumping, swimming, throwing, wrestling, and weight lifting. Because these forms of gymnastics prepared Greek citizens so well for war, they became a central part of the Greek education system. 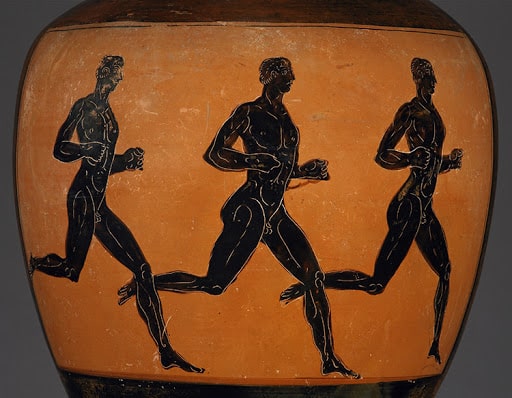 Later, the Romans adopted the idea of ​​using physical training to prepare for war. With the development of the empire, physical education became more and more important for raising a young Roman child. Today, the foundations laid by the Greeks and Romans have survived, and their dedication to physical fitness lives on in sports and other competitive physical activities as part of modern primary and secondary education.

Ancient teens were not so innocent

Some of the teen hijinks that rose up, however, often took on a more sinister edge. A Greek document dating from 267, when translated, provided evidence of match-fixing at a wrestling tournament held in Egypt. One of the signatories to the deal – the father of a teenage wrestler named Nicantinous – agreed to pay a bribe to his son’s opponent, Demetrius, if he wanted to throw a match.

If Demetrius “fell and yielded three times,” he would have received “three thousand eight hundred drachmas” of silver coins. “Cool, sounds like a lot of drachmas,” you say. According to Aristophanes, one drachma roughly corresponded to the daily wage of a skilled worker in ancient Greece. This is quite a bribe, and the competition – known as the Great Antinoeia – was no small competition. Don’t think that teenagers have never been completely innocent.

Puberty ceremonies have existed in some form in nearly every culture for thousands of years. They usually took place during adolescence and often involved unusual rituals or tests to bring the teenager into adulthood. Some have even survived to the present day.

Faith Spotted Eagle, a native from South Dakota, explained to NPR that in the past, a girl would be isolated from the camp immediately after experiencing her first menstrual cycle. Then, she will participate in a four-day ceremony where other women teach her how to cook, take care of the family and face the troubles of life. The ceremony was eventually lost but was restored by the Brave Heart Women’s Society in the 1990s. Like many civilizations with a long history, Native American culture is full of similar rituals and rituals, often different from tribe to tribe.

Ancient teenagers were forced into marriage

Even today, arranged marriages have not been fully heard of in some cultures in the world, but in the ancient world, arranged marriages were more common. In ancient Mesopotamia, marriage was more important than romantic entanglement. For example, Herodotus’s book describes a bridal auction in which adolescent young women are sold to the highest bidder male Babylonians.

As with many arranged marriages, Mesopotamians approached them as a contract between the father of a girl and the future husband. Unsurprisingly, older girls (like, according to PBS, Roman girls who often got married in their teens) had little to say about it. If any of the participants in a marriage wanted to rebel against the engagement, she would likely be put off by the number of penalties and incentives that were written into their marriage contracts. In the ancient world, adult life started early, especially if you were a girl.

Every young soldier would be

Teenage girls arranged marriages and bridal auctions, while boys always had the expected military service. The Roman army is one of the strongest and most disciplined in human history it is not surprising that many young and impressive people are willing to join. Everyone in the empire except the lowest social class can join the army.

Young Roman soldiers could expect to receive decent pay, be sent to the other side of the known world, and, in the last years of the Empire, serving in some rather luxurious military bases. Of course, if you weren’t very interested in going to fight in Rome’s wars, that didn’t exactly exclude you: Rome was known to employ compulsory military service from time to time.

Ancıent teens of the sacrifice expected 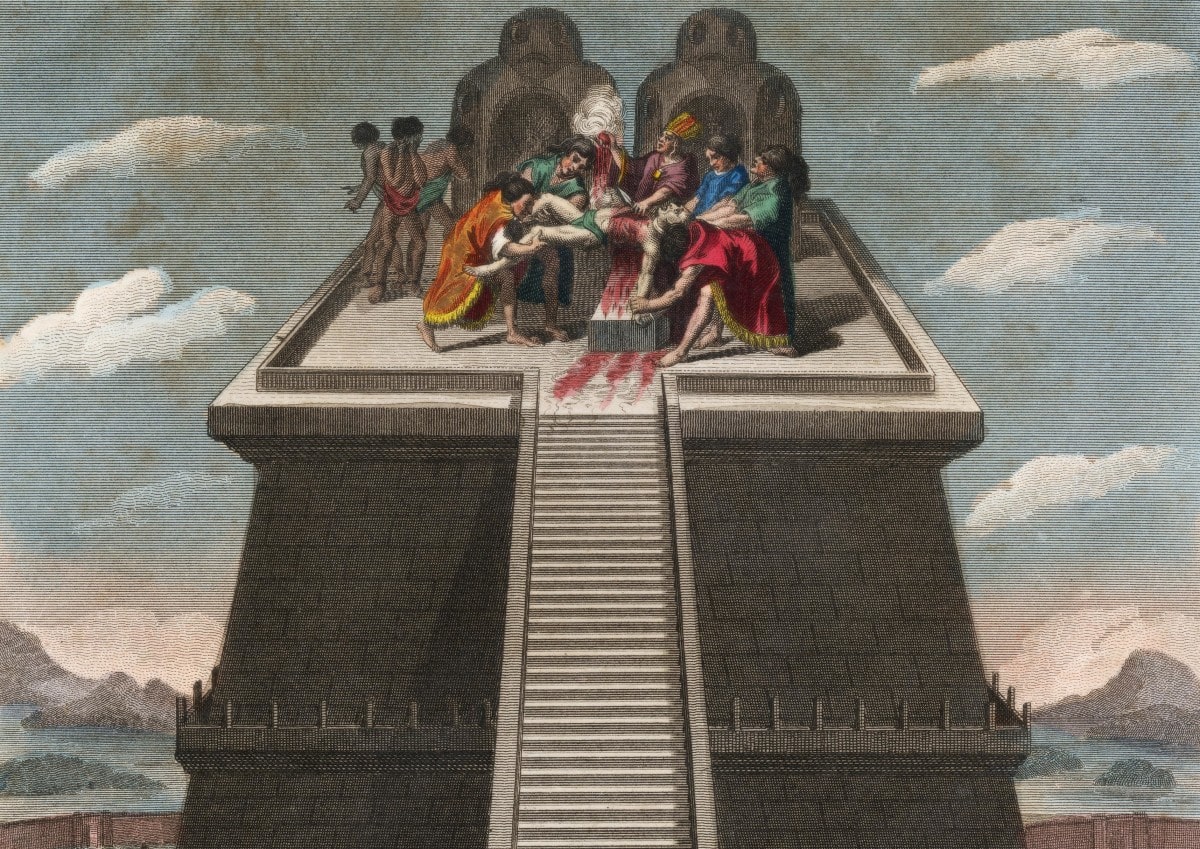 In some ancient civilizations, forced marriage or conscription was not the worst thing that could happen in adolescence. No, this honor must be attributed to human sacrifice. Since prehistoric times, human blood donation has existed in some form around the world.

Children and teenagers are common fodder for altars. In Geisel, which is now part of Israel, archaeologists discovered the burned bones of a six-year-old child who had been burnt in half and the skulls of two teenagers. In nearby Meggido, the body of a 15-year-old girl was also found. Further excavations showed that many of these young victims were buried alive.