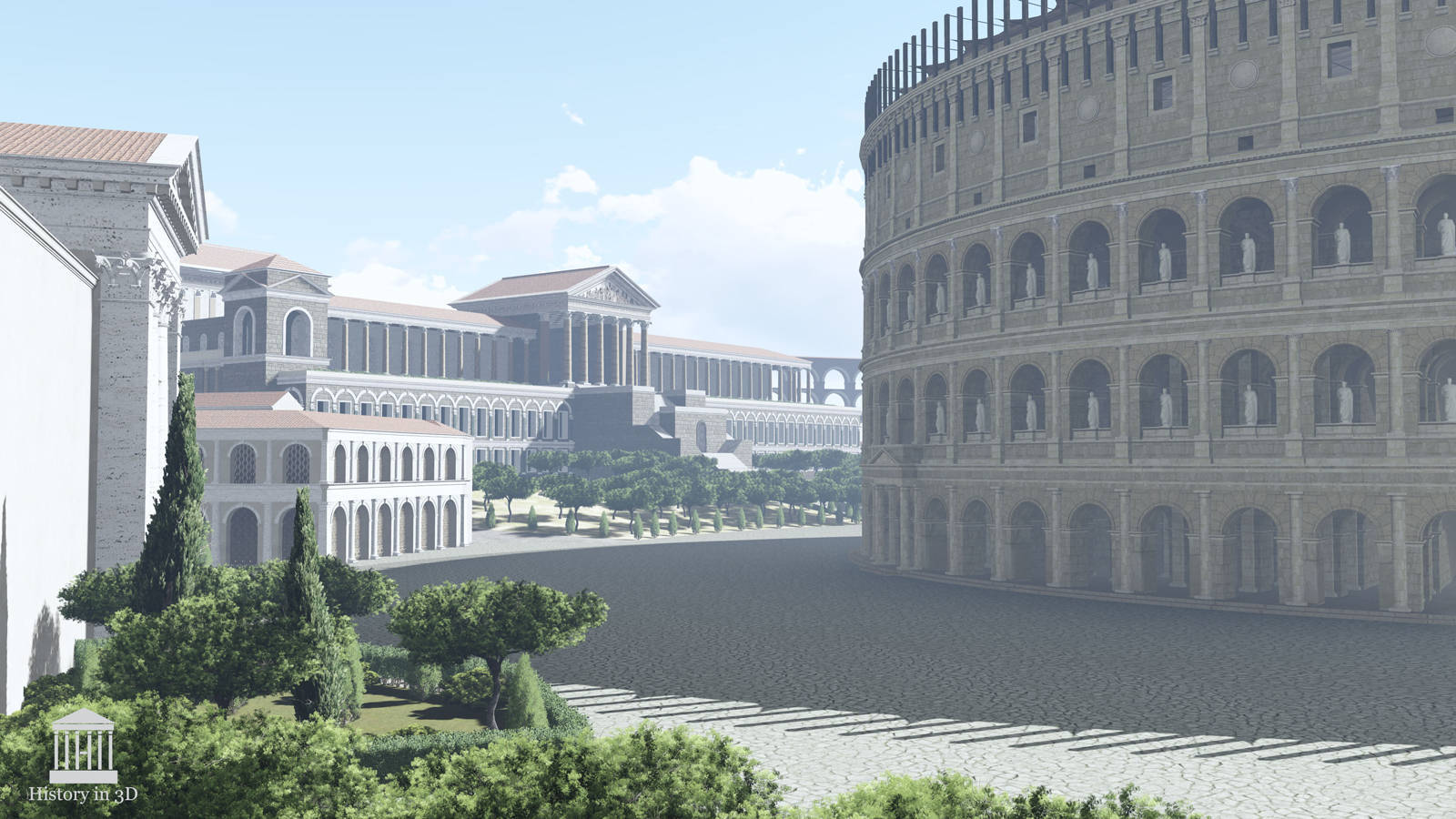 History in 3D‘s odyssey to create the most detailed and accurate virtual recreation of ancient Rome as it was in the 4th-century proceeds apace. It’s been years and more years will pass before the finished model, but their 2021 was incredibly productive. Right now, about 40% of the city has been completed, and that’s ongoing concurrent with other, smaller projects capturing not just ancient Rome but Greece as well.

The past couple of months has seen a wonderful profusion of new videos on History in 3D’s YouTube channel showcasing the results of last year’s hard work. While the ultimate goal is the model of 4th century Rome, they’re building virtual models of some of Augustan Rome as well, “excursions,” as they put it, back in time.

He’s a fly-through of the Augustan-era Roman Forum complete with painted polychrome statuary, glowing bronzes, and the richly textured marble cladding of the city that Augustus famously said he had transformed from brick to marble:

This is fascinating glimpse into the House of Augustus and Livia on the Palatine, a compound Suetonius dismissed as “a modest dwelling remarkable neither for size or elegance, having but a short colonnade with columns of local stone and rooms without any marble decorations or handsome pavements.”

The Augustan Campus Martius is another gem. It opens with a view of it as it was in the 4th century when it had been extensively built up, then contrasts it with the wide open spaces of the 1st century area. You get to see the Mausoleum of Augustus and Ara Pacis when they were new:

Moving forward a couple of centuries, here’s an excursion through the Baths of Caracalla, which even in their ruined state are some of the most spectacular remains of ancient Rome still standing. It is 13 minutes long and I wish it were longer:

This 8-minute fly-through of the main model of the city is a preview of what a masterpiece the finished work will be. The lighting, atmospheric effect, the meticulous detail of every tegula and bronze statue on the roofs and pediments of the Caput Mundi: