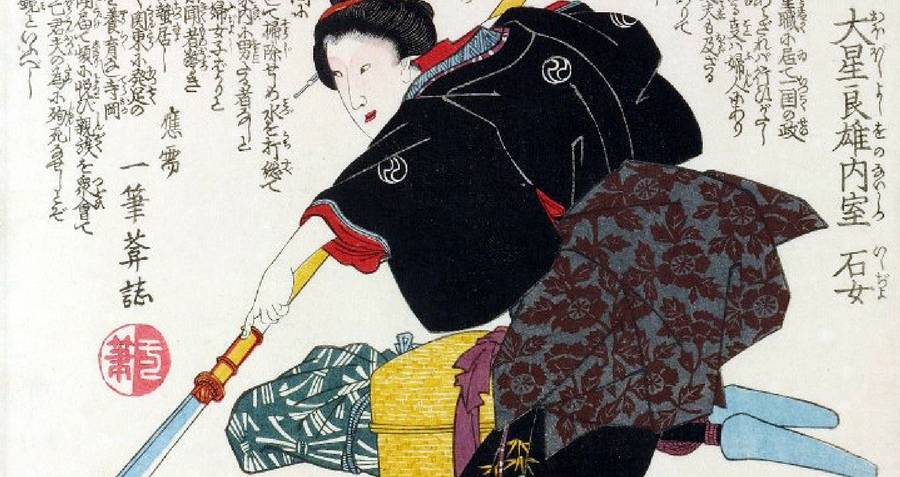 Long before the Western World began to consider Samurai warriors male by nature, there were female samurai. These female samurai were as strong, dangerous, and just as deadly as their male counterparts.

Female samurai were known as Onna-Bugeisha (meaning female martial artist). They trained in self-defense and attacking maneuvers much like males. They employed a weapon made expressly for women, the Naginata, which gave them superior balance due to their diminutive size. They battled alongside the male samurai for years, were held to the same standards, and were required to execute the same tasks.

One of the first female samurai warriors was Empress Jingu. Jingu personally organized and conducted a battle that resulted in the conquest of Korea in 200 AD. There were exceptions for women like Jingu, despite the prevailing conventional belief that women were second to men and desired the job of stay-at-home caretaker. Women who were strong and self-reliant were encouraged to battle alongside the male samurai.

After Empress Jingu paved the way, another Onna-Bugeisha ascended through the ranks.

A battle between two powerful Japanese clans erupted between 1180 and 1185. The Minamoto and Tiara clans fought in the Genpei War, both believing that they should reign over the other. The Minamoto eventually ascended to prominence, but they might not have had it not been for Onna-Bugeisha: Tomoe Gozen.

She possessed exceptional battlefield skills as well as a high level of intelligence. Tomoe Gozen featured in The Tale of the Heike, sometimes known as the “Japanese Iliad.” She was characterized as “particularly gorgeous,” as well as “a wonderfully good archer… as a swords-woman, she was a fighter worth a thousand, ready to battle a demon or a deity, mounted or on foot.”

In warfare, she excelled at archery and horseback riding, as well as katana skills (a long, traditional samurai sword). Outside of the battlefield, she was as dreadful. Her troops obeyed her orders, trusting her intuition. Soon after, the Minamoto clan’s master appointed Tomoe Gozen as Japan’s first genuine general. In that part, she shined in that role too.

She led 300 samurai into combat against 2,000 Tiara clan warriors in 1184, and was one of only five to survive. She beat the Musashi clan’s most notable fighter later that year during the Battle of Awazu (Honda no Moroshige). She decapitated him and kept his head as a trophy.

Tomoe Gozen’s fate after the conflict is unknown, unfortunately. Some claim she stayed and battled valiantly until she died. Others tell she galloped away on horseback with Moroshige’s head in her saddle. Although there is no record of her following the fight, some say she married a fellow samurai and became a nun following his death.

The Onna-Bugeisha thrived for generations following Tomoe Gozen’s rule. Female warriors made up a sizable proportion of the samurai. They guarded communities and established schools across the Japanese Empire to teach young ladies the art of battle and the use of the Naginata. The Onna-Bugeisha had access to all of Japan’s various clans, which included samurai soldiers.

During a period of conflict between the reigning Tokugawa clan and the Imperial court in 1868, the Joshitai, a force of elite female soldiers, was formed. This organization was commanded by Nakano Takeko, a 21-year-old Onna-Bugeisha.

Takeko was the daughter of a high-ranking Imperial court officer. She was well-versed in martial arts and the use of the Naginata. The Joshitai went to accompany the male samurai into the Battle of Aizu under her command. They battled with the male warriors fiercely, killing a number of opposing male fighters in a close battle. Unfortunately, during battle, she received a shot to the heart which cost her life.

In her final breath, she urged her sister to behead her so that her body would not be used as a trophy by the enemy. Her sister agreed to her request and buried her head in the roots of a pine tree at Aizo Bangemachi Temple. A memorial has been erected in her honor.

Takeko is often regarded as the last outstanding female samurai warrior. Similarly, the Battle of Aizu is the Onna-Bugeisha’s last stand. Shortly after, the Shogunate (the feudal Japanese military government) fell, leaving the Imperial court to take over leadership.

Though Onna-Bugeisha lost their reign, women warriors survived for the most part following Takeko. Throughout the 1800s, women defied traditional gender roles by fighting in battles. Meanwhile, the rest of the world accepted the idea that samurai warriors were big, strong men, and that women were submissive, effectively burying the legendary legacy of the Onna-Bugeisha in history.