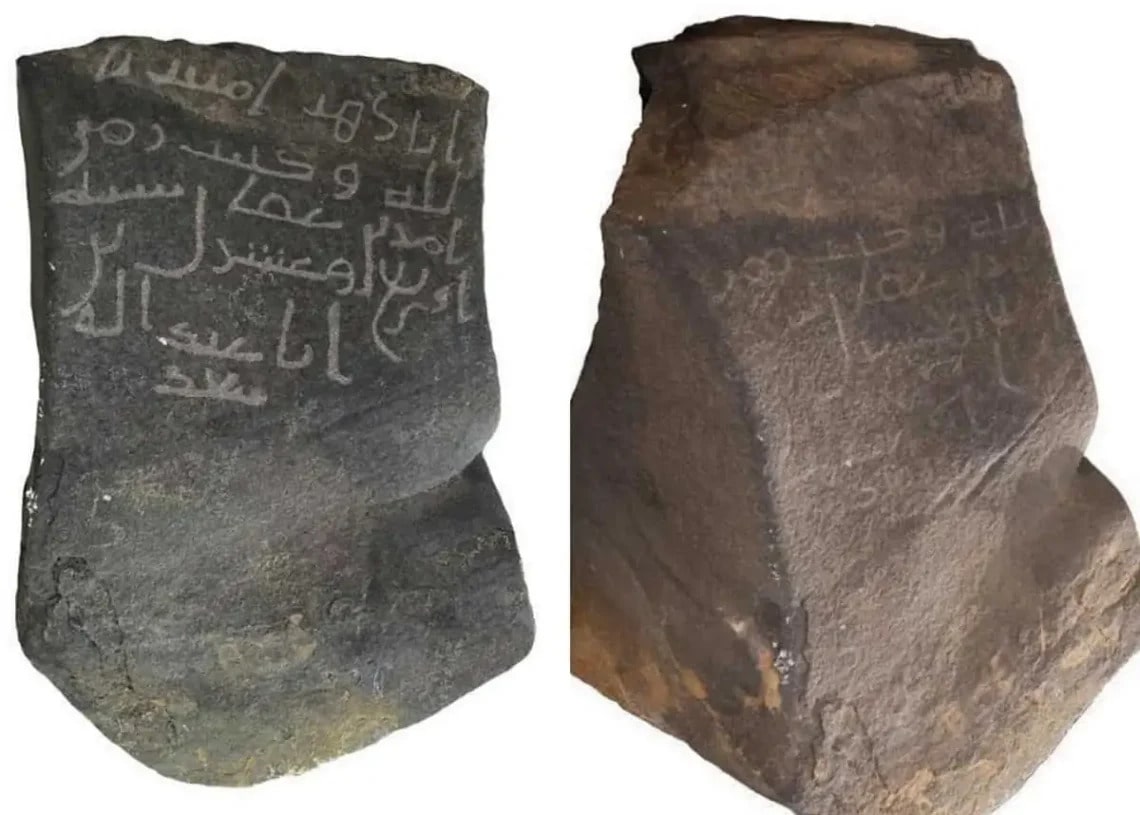 Heritage Authority in Saudi Arabia confirmed that the inscription dated to the 24th year of the Hijrah (migration) was found by a group of people interested in antiquities and heritage within the boundaries of the ‘Olaya Palace’ archaeological site of Makkah.

The archaeological inscription was found in the Qasr Alia area near   Mekka, the holiest city in Islam, situated in the west of the Kingdom of Saudi Arabia (KSA).

The 1419-year-old inscription is considered one of the most important archaeological finds of late, documenting one of the major events at the beginning of Islamic history.

The inscription contains Arabic letting written in primitive form without points or diacritics.

Muhammad Al-Magdawi, a specialist in Islamic inscriptions, took part in the initial reading, and they uploaded a partial reading of the inscription on social media.

The authority explained that the archaeological studies conducted by Dr. Nayef Al-Qanour, Director of the Protection Department at the Heritage Authority – provided a reading of the inscription, after examining and documenting it. The mystery of the first line of the inscription reveals the name of the flag (Zuhair). “I Zuhair believed – in God and wrote a time – Amr bin Affan in the year twenty-four.”

The inscription appears similar to the content of the Zuhair inscription in the Al-Ula Governorate, in which its writer documented the time during which Caliph Omar Ibn Al-Khattab died.

The Heritage Authority said it studying the inscription as it is the third oldest dated rock document of Islamic inscriptions after the Salamah inscription in Yanbu Al Nakhl dated 23 AH and the Zuhair inscription in the Al Ula governorate (24 AH).