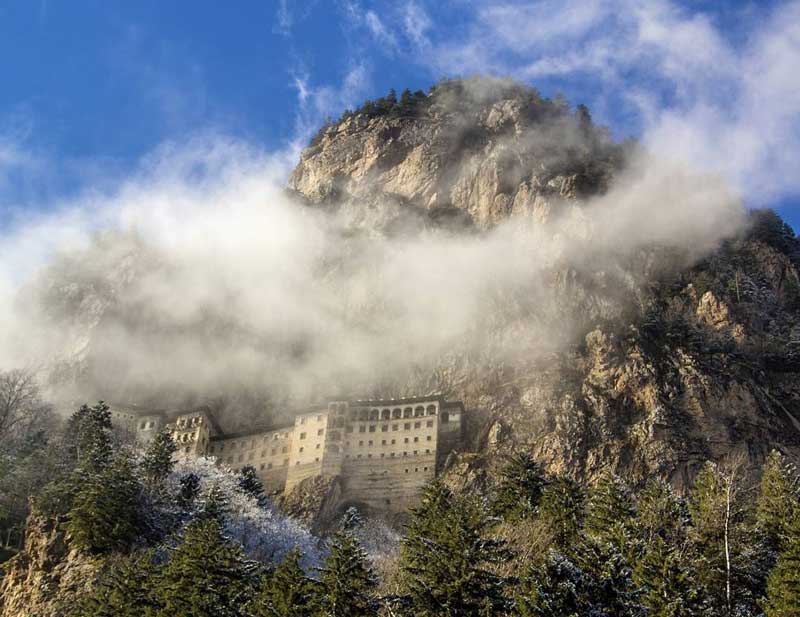 Trabzon has hosted tens of civilizations throughout history, and as a result, it is home to a plethora of historical artifacts. The Sumela Monastery is undoubtedly the most remarkable among these works. This magnificent building is situated on a steep cliff in the Maçka district, within the borders of Altındere Village.

The monastery was founded by two monks, Sophronios and Barnabas, who came from Athens during the reign of Byzantine Emperor Theodosius I, according to legend (AD 375- 395). General Belisarius, at Justinian I’s request, restored the building in the sixth century.

Sumela Monastery took its final form, which has survived to this day, in the 13th century, as far as is known. During the reign of Alexios III, the Principality of Trebizond-Komnenos, which was established in 1204, the monastery acquired even more significance. The monastery also continued to flourish during the reigns of Alexios’ son and subsequent princes who inherited the throne afterward.

The Era of the Turkish Dominance

After a while, the Turks took control of the Eastern Black Sea coasts. The rights of the Sumela Monastery, like those of many other monasteries, were preserved by the Ottoman Sultans, with some special privileges granted after Ottoman rule was extended to the Eastern Black Sea region. Some of the walls were frescoed in the 18th century, and the majority of them were restored. In the 19th century, this was accompanied by the construction of massive structures.

Under the aegis of the Voivodas, the Sumela Monastery expanded and grew richer during the 18th century, as many parts were rebuilt and restored, with some wall surfaces adorned with frescoes. The monastery’s remarkable golden years occurred in the nineteenth century, with the addition of large buildings and magnificent decorations paid for by various gifts sent from Greek Orthodox communities across Anatolia. Many travelers began to arrive from all over the world at this time to see the magnificent complex, which was constructed 1200 meters above sea level. 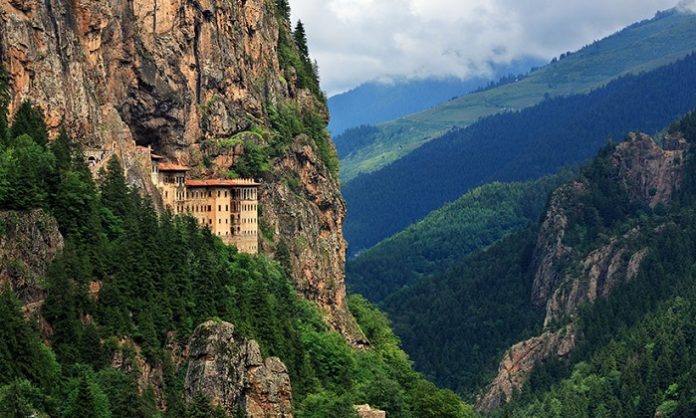 The Russian invasion of the Trebizond region from April 18, 1916, to February 24, 1918, gave hope to the restoration of a Christian state in Pontus. However, after the War of National Liberation in 1923, the monastery was abandoned as a result of forced population exchanges between Turkey and Greece.

It’s no surprise that the monastery is now mainly used as a tourist attraction, as it is situated in the stunning Altindere National Park, overlooking lush woods and water streams and blessed with a rich history and religious significance.

Sumela Monastery, which clings to a cliff 50 kilometers south of Trabzon, is a testament to human perseverance. Apart from the church, chapels, and monks’ rooms in the sprawling monastery, there are libraries that were once bookcases where valuable manuscripts were kept, kitchens and cellars where food was stored, and divisions used as holy spring. In addition to the architecture of the Sumela Monastery, which is an important cultural treasure whose appearance continues to fascinate visitors, it also has a number of frescoes that draw attention from the Bible.

Sumela Monastery (The Monastery of Virgin Mary), which was included on the UNESCO Tentative List in 2000, is one of the outstanding universal values of Turkey.