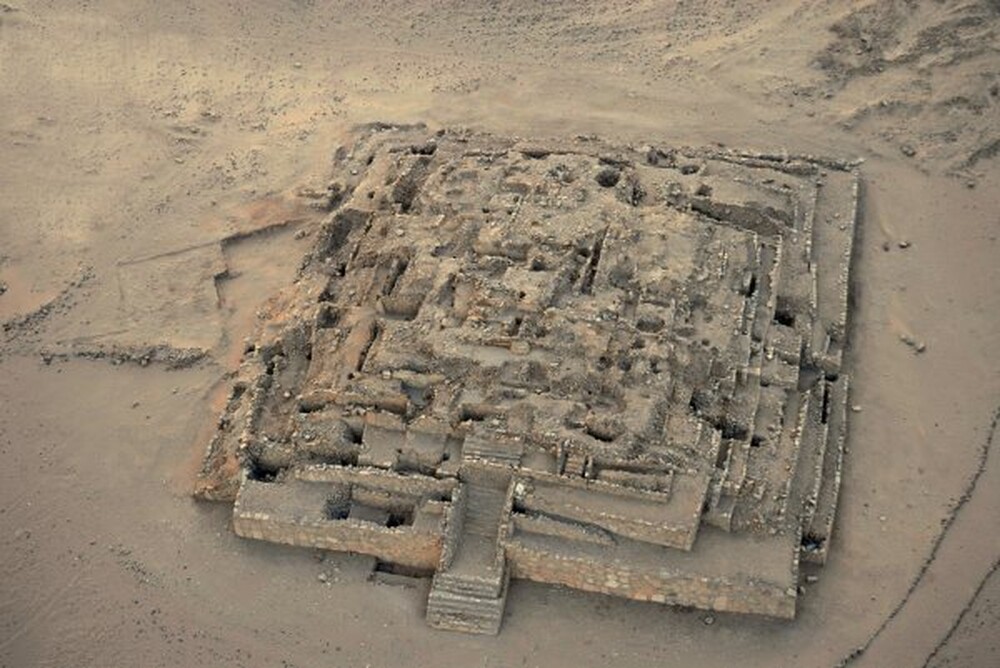 Considered the cradle of civilization in the Americas, the Sacred City of Caral-Supe is a 5000-year-old archaeological site, situated on a dry desert terrace, overlooking the green valley of the Supe River in Peru.

The Sacred City of Caral-Supe is a complex of pyramids and sunken circular courts only just discovered in 1948.

The Sacred City of Caral-Supe is home to an extraordinary complex of ancient monumental architecture built approximately 2600 B.C., around the same period as the first Egyptian pyramid. Archaeologists think Caral to be one of the largest and most sophisticated urban centers established by the Western Hemisphere’s earliest known civilization.

With a foundation that roughly equals four football fields in size, its biggest pyramid, also known as Pirámide Mayor, is almost 100 feet tall. The site has been estimated to be between 4,000 and 5,000 years old using radiocarbon dating on organic material, making its construction at least as old as the Step Pyramid of Saqqara, the oldest known pyramid in ancient Egypt.

Caral is now one of the oldest known cities in the Western Hemisphere, thanks to this astonishing find. Coastal Peru has long been thought to be one of the six acknowledged cradles of human civilisation, and fresh archaeological findings continue to push back the dates of the region’s “mother culture.”

To put things in context, the City of Caral-Supe flourished at the same time the Egyptians were constructing their pyramids. Caral society’s complexity as a sociopolitical state is reflected in the city’s structure and architecture, while artifacts discovered at the site, such as the quipu (the same knot system the Incas subsequently employed to store information), demonstrate the civilization’s influence on succeeding Andean civilizations.

The design of both the architectural and spatial components of the city is masterful, and the monumental platform mounds and recessed circular courts are powerful and influential expressions of a consolidated state.

Caral was the first of over two dozen fully excavated sites along Peru’s central coast known as the Norte Chico region. Archaeologists think the sites collectively reflect the Americas’ earliest core of civilization, which existed from 3000 to 1800 B.C. and was totally uninfluenced by outside factors. It flourished over 4,000 years before the mighty Incan Empire began.

The city design and several of its components, such as pyramidal structures and elite residences, clearly exhibit indications of ceremonial activities, signifying a powerful religious ideology.

No trace of warfare has been found at Caral: no battlements, no weapons, no mutilated bodies. Findings suggest it was a gentle society, built on commerce and pleasure.

In 2009, the City of Caral-Supe has declared a UNESCO World Heritage Site for its still visible representation of Late Archaic architecture and town planning, the highly-developed and complex culture that once inhabited it, and their influence on later Andean civilizations.