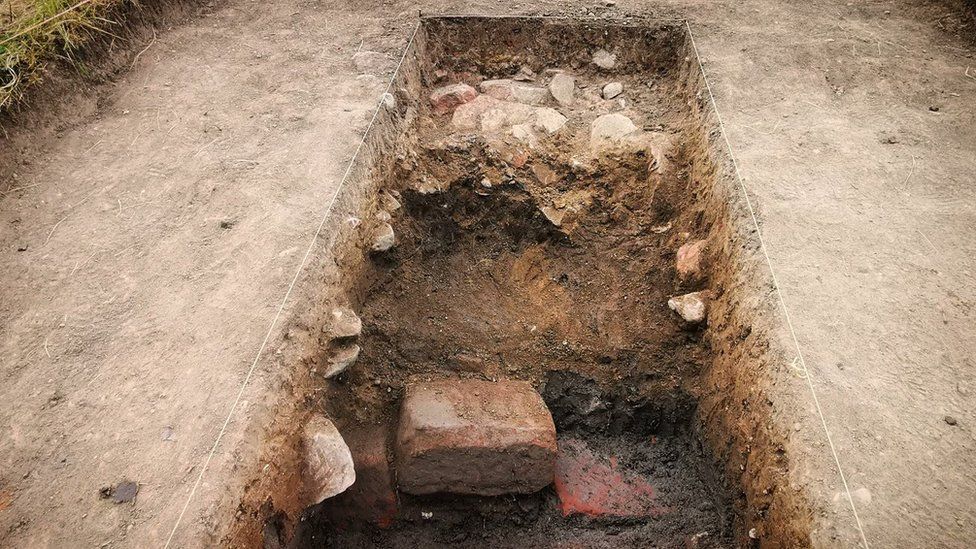 Archaeologists have been working on a mound of land in Wem, Shropshire, that belongs to Soulton Hall, Elizabethan mansion and they have uncovered the remains of a castle they think could date back to the 13th Century.

Although the hall was constructed in the 16th century, experts think the castle remnants date back to 1250. Dig Ventures site manager Nat Jackson described the discovery as “just amazing.”

“We’ve got a substantial wall and substantial blocks of wood dating to about the 13th to 15th century. It’s very, very, exciting,” he told BBC Radio Shropshire.

A test dig on the previously undisturbed mound was conducted in 2019, but crews returned in July to continue excavation operations. The landowner, Tim Ashton, said his family has been curious about the lumps in the property for over 100 years.

“We’ve always had questions, my grandfather was born in the 1920s and always wondered what it was,” he said.

“The team is fairly comfortable in the time because of the objects we’ve been finding. The finds are all from that period, a pilgrims badge, ceramics, and ampulla which is a medieval way of carrying holy water and it was not made for a great deal of time.”

It’s likely that the castle was ‘quite a small one,’ Jackson said, adding it’s likely there was a moat around it after the team found evidence of a bridge.

‘The moat bridge is colossal and we can be confident of the dating on that,’ Ashton added.

Cardiff University students are also on the dig working. The bridge and moat have yet to be confirmed, as experts will investigate this next.