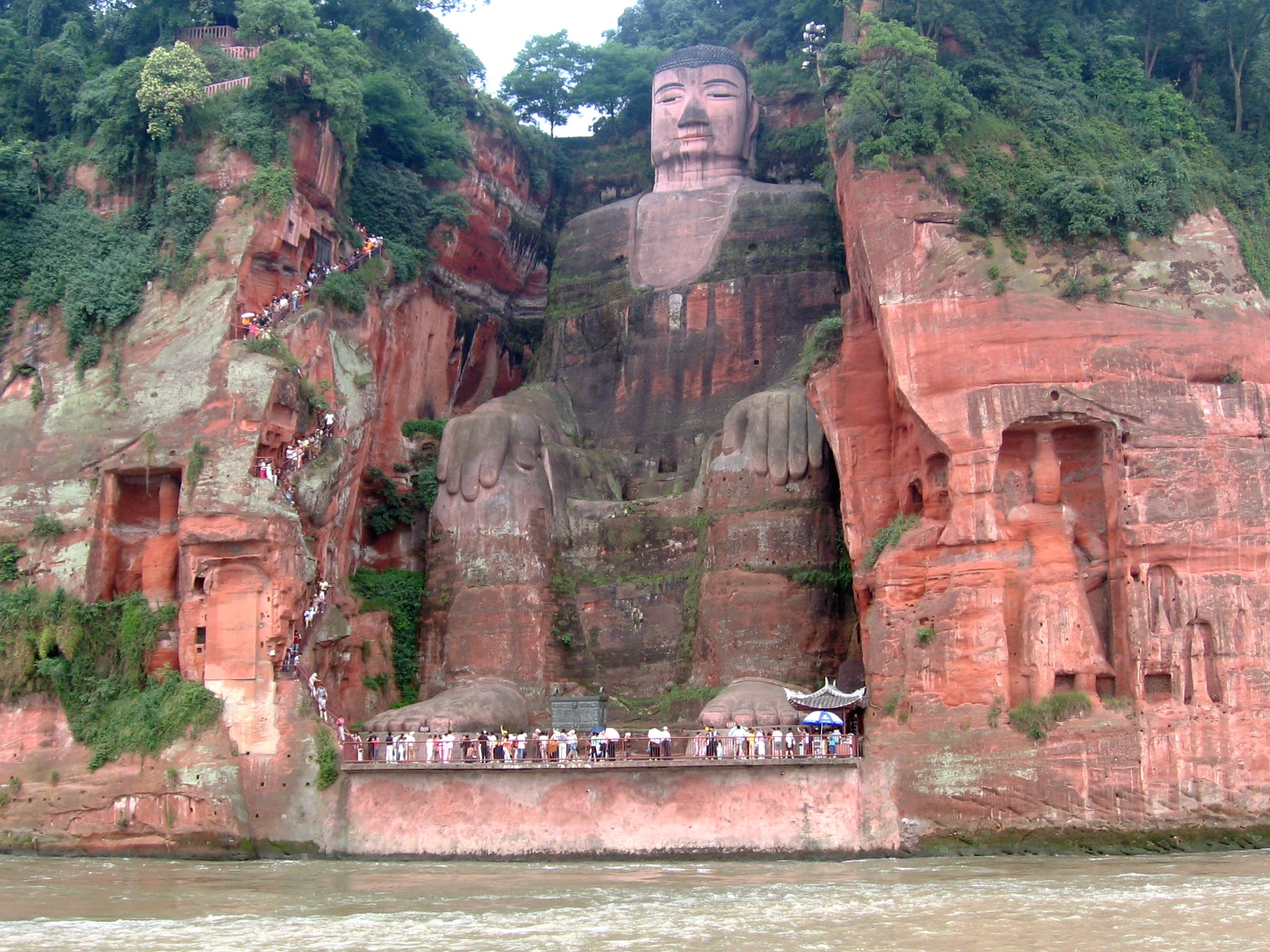 Leshan Giant Buddha or Chinese name:乐山大佛 (Leshan Dafo) is the best indication that there is no such thing as impossible when a man believes. Faith is sometimes the strongest emotion that gives the courage to cross the mountains that are difficult to overcome, to do the seemingly impossible.

The Leshan Giant Buddha was carved into the cliff at the confluence of the Min, Qingyi, and

A monk named Hai Tong initiated the construction of this statue.

Carved in the 8th century during the Tang Dynasty, the Leshan Giant Buddha was built during a peak period of Buddhist culture in ancient China. The sculpture depicts Maitreya, a very popular Buddha in the Tang Dynasty. The sutras say that when Maitreya comes into the world, the world will be at peace. People liked to carve Maitreya sculptures and believed that Maitreya would bring light and happiness into their lives in the future. That’s why Hai Tong built Maitreya when he wanted to keep the local people safe from the threat of floods.

Many people traveling by boat in the area were killed by the turbulent waters each year before the Leshan Giant Buddha was created.

He had begged for over 20 years to accumulate enough money needed to build this statue. During this hard period in his life, he refused official help because the parties who offered it didn’t just want to help him but wanted to gain personal profits from the project. He even gouged out his eyeball in protest against the local authorities. These officials backed off after this behavior. Fortunately, Hai Tong’s disciples continued his work after he passed away and finally completed the sculpture in 803 AD after 90 years of hard work.

Interestingly, there haven’t been any shipwrecks since the Buddha was built. Many stones were actually removed from the cliff and transferred to the rivers during construction, which made the waters calmer and safer than before. The project didn’t end after the Leshan Giant Buddha was finished.

Buddhism had been one of the most important religions in ancient China and many other people built statues around the giant Buddha to thank the gods. Numerous small Buddhas were carved around this huge statue. People even excavated the cliff tombs of the Han Dynasty around the Leshan Giant Buddha. Multiple historic sites make the Leshan Giant Buddha particularly important for archaeologists and researching people’s lifestyles in ancient times.

With a height of 71 meters (233 feet), the Leshan Giant Buddha is the tallest Buddha sculpture in the world. The Buddha’s ear is 7 meters in size and made of wood; his head is 14.7 meters in height and 10 meters in width; there are 1,021 buns in the Buddha’s coiled hair, and his nose and eyebrows are 5.6 meters in size. His mouth and eyes are 3.3 meters wide; his neck is 3 meters long; his shoulders are 24 meters wide; his fingers are 8.3 meters long.

Local architectural structures are lower than the Leshan Giant Buddha: The tallest building in Leshan stands at 68 meters, which is lower than the 71-meter Buddha, showing the local people’s respect for Buddha.

This remarkable historic site was listed as a UNESCO World Heritage Site in 1996. 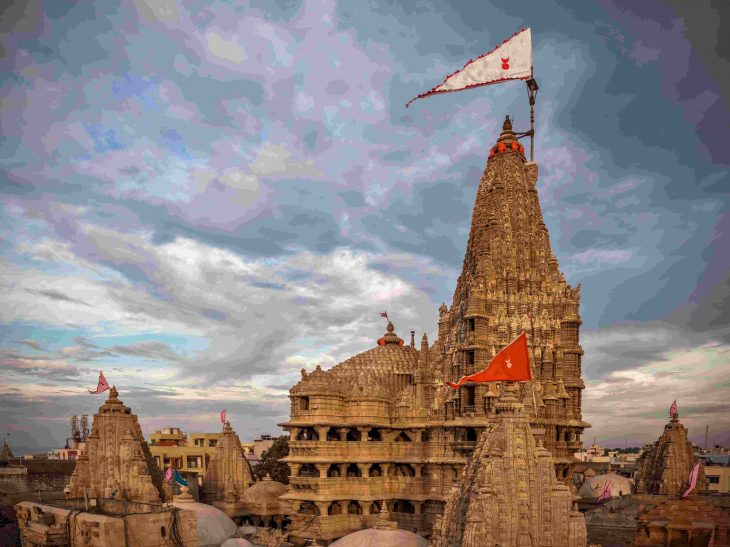