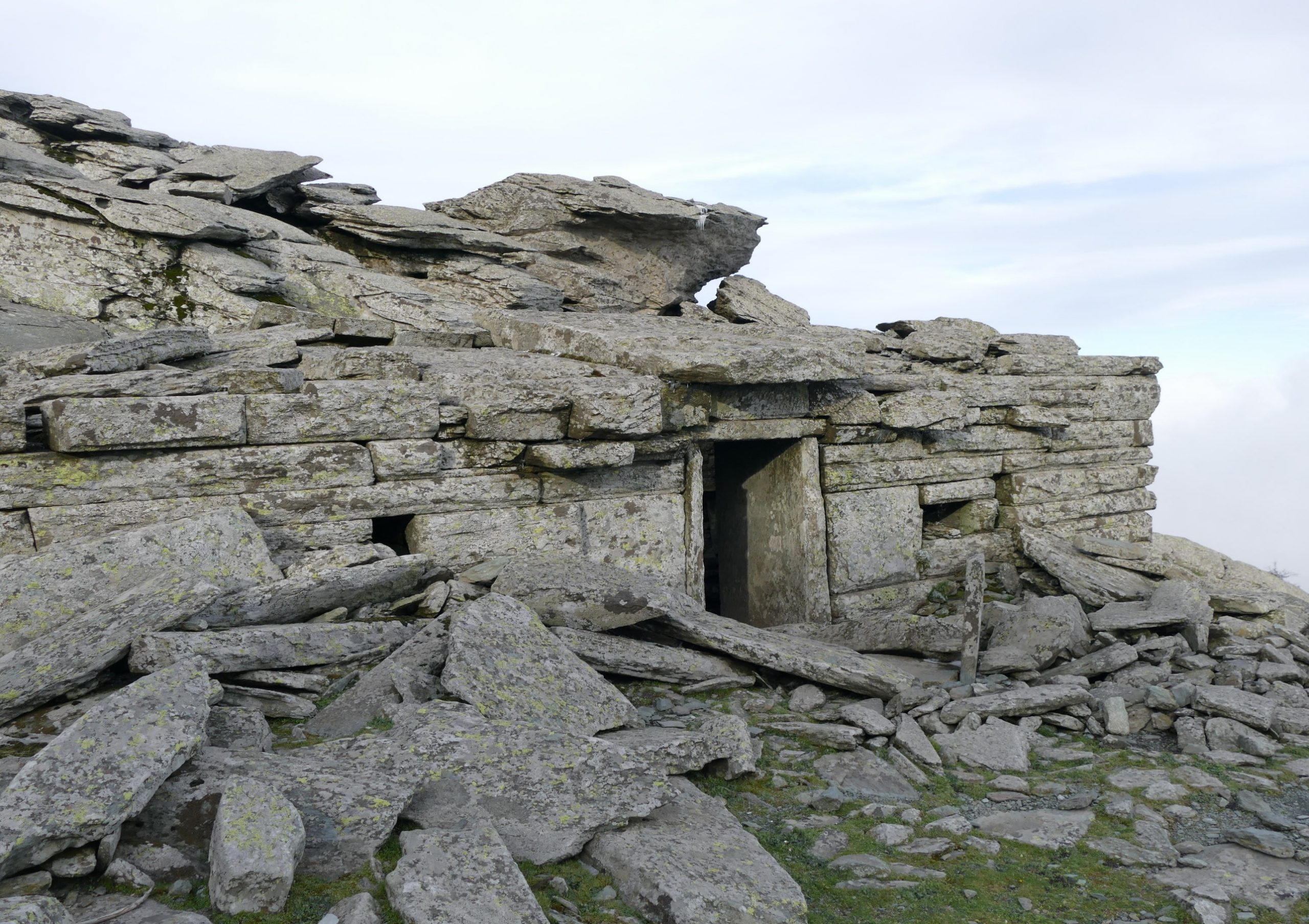 The Dragon Houses of Euboea, which probably dates to the Preclassical period of ancient Greece, are one of the historical mysteries that have not yet been entirely solved.

In the mountains of the island of Euboea, the largest island in Greece after Crete, there are 23 ancient megalithic structures called ‘Dragon Houses’, mostly in the Ochi Mountain and Styra regions.

Although they had nothing to do with dragons, these structures, called “drakospita” or dragon houses, are still appreciated today for their architecture, simplicity, and endurance.

These megalithic houses are mortar-free constructions that resemble the stepped pyramid of Djoser in Pre-Dynastic Egypt and the pre-Columbian Teotihuacan temple complexes. They are constructed of stones, mostly square or rectangular.

The majority of the time, huge monolithic stones are employed. Another noteworthy feature is that they lack foundations.  Their roofs are skillfully built with enormous plates stacked one on top of the other in a pyramidal pattern.

Although not much is known about these dragon houses, the number of buildings is more than expected. On the island of Euboea, there are around twenty-three of these megalithic homes, most of which are located between Mounts Ochi and Styra.  In fact, the sheer size and weight of the single megalith sitting on two similarly sizable post stones, which together create a gateway, consistently astounds academics. The mechanism by which this megalith was raised and set on the poles is as mysterious as the rationale behind their construction.

It should be added that the location of the dragon homes is similarly astounding, in addition to the fact that experts have long questioned why they exist. These structures built of stone appear to be positioned in key areas that allow for long-range observation of the surrounding area. Especially the Dragon House of Ochi (or Oche) is placed at an altitude of about 1,400m.

The weight and magnitude of the megaliths are even more astounding considering These dragon houses are situated at very high altitudes. In order to build the dwellings at this height, the builders had to figure out a technique to move such massive stones from a much lower elevation. Additionally, each building has a Pantheon-like aperture in the roof that is probably there to let natural sunlight or moonlight illuminate the inside of the structures.

The first person to find the drakospito on Mount Oche was the English geographer and geologist John Hawkins (1758-1841) who thought it was an old temple.

Later, researchers working in the area measured the dimensions of the drakospita’ (or dragon houses) and calculated its direction according to the azimuth of sunset and moonrise.

According to researchers, a Sirius-rise orientation that dates to around 1100 B.C., which is compatible with earlier archaeological dating based on artifacts discovered inside the structure, suggests that the edifice served a religious or astronomical purpose. At the very least, it might be claimed that the renowned drakospito on Mount Oche served as both a place of worship and a historic observatory for astronomy.

Locals believe they were farmhouses, shelters or military structures. According to ancient local tradition, the word “dragon” did not only refer to the mythical beast but to any person with superhuman power. This has led many to believe that the origin of the homes stems back to the ancient Greek gods.

Archaeological excavations have been conducted as well, but they have provided few answers to the mysteries of the dragon houses. In 1959 Professor Nikolaos K. Moutsopoulos studied the Mount Oche drakospito and eleven similar buildings and excavated the surrounding space in 1960 and 1978-1980. He discovered numerous pots inside the Mount Oche building, as well as an apothetes, a subterranean construction inside which some utensils and animal bones, as well as pottery fragments and inscriptions dating from the Preclassical Period to the Hellenistic Period, were discovered; on one of the potsherds were inscriptions in an unknown type of writing.

Referring to these structures as “abodes of the supernatural” is a remarkably accurate description until more is known about how they were buildings and/or who built them.