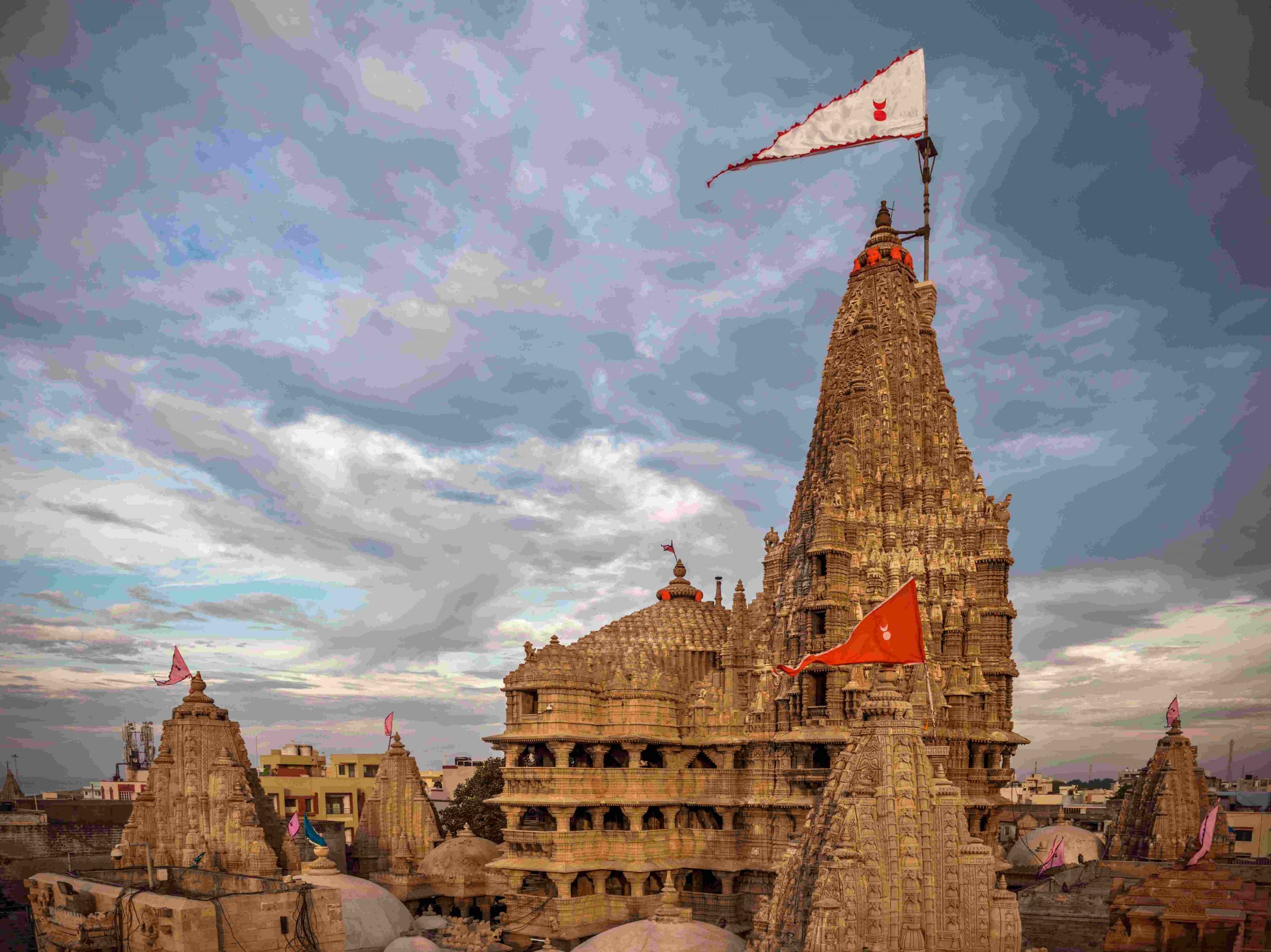 The legendary capital of Hindu god Lord Krishna, Dwarka is today one of the most famous submerged ancient cities underwater.

As the legend goes, Krishna, the most powerful personality in Mahabharat, is said to have founded the city, in a place with the same name in the Devbhoomi Dwarka district on Gujarat’s west coast.

The Hindu writings say that when Krishna left the Earth to join the spiritual world, the age of Kali (Kaliyug) began and the sea submerged Dwarka and its residents.

Archeologists believe the ancient city of Dwarka, described in the Hindu holy epic of Mahabharata, was established about 1500 B.C.

The city’s ancient incarnation, referred to in the epic Mahabharata as the ancient kingdom of Krishna, was spread across almost 84km as a fortified city where the Gomti River and the Arabian Sea meet. According to the text, the ancient city was sunk beneath the Arabian Sea upon Krishna’s death.

Today, Dwarka is one of Hinduism’s seven holiest places, with pilgrims flocking there each year to adore Krishna. The hunt for its submerged portion began in the 1930s, with the first archaeological dig taking place in 1963. During the second dig, led by an underwater archaeologist, several ancient artifacts were discovered, as well as the submerged remnants of the ancient Dwarka.

Between 1983 and 1990 the archaeologists discovered a fortified foundation on which the ancient city walls must have been built along the river banks. Stone blocks used for the construction, pillars, and irrigation systems were found but a debate is still ongoing regarding the dating of the vestiges, either from 3 000 to 1 500 years BC or from the Middle Ages.

Numerous stone anchors have also been unearthed on the site at the same depth, suggesting that Dwarka must have played a role in commercial links between Indian and Arabic territories from the 15th to 18th century and must have been an important trade port in the past. In Sanskrit, the word ‘Dwarka’ means ‘door’ or ‘gate,’ therefore this ancient port city might have served as a gateway for foreign sailors arriving in India.

Mahabharat says that Dwarka had 900,000 royal palaces, all constructed with crystal and silver and decorated with emeralds. The city was connected by an elaborate system of boulevards, roads, marketplaces, assembly houses, and temples.

Although the foundations of the ancient city show that there may be many palace structures here, it is difficult to say an exact number yet.

According to ancient Hindu texts, Dwarka was a skirmish ground for Krishna and the evil King Salva. As the Mahabharat says, King Salva attacked Dwarka with a flying machine. It is the description of the battle that draws the attention of the ancient alien theorists, as it seems to suggest it was fought with sophisticated technology and advanced weapons, potentially with a craft attacking from the orbit. The space craft commenced an attack on the city with the use of energy weapons, which to on-lookers resembled lightning.

The attack was so devastating that most of the city lay in ruins.

Lord Krishna counterattacked and fired his weapons on the ship. Mythology describes them as arrows roaring like  thunder and shining like the rays of the sun when released. The Indian mythology is replete with accounts of how the original Dwarka looked like.

Considering that those who created the legends are exaggerations of the facts along with the imagination, Marine Archeology has proven that the Dwarka mentioned in the Mahabharat, Harivamsa, Matsya, and Vayu Purans (Sanskrit texts) existed and was submerged in the second millennium BC.

Cover Photo: Located in a historical city, the Dwarkadish temple exists to worship the ‘King of Dwarka’. The revered site is a part of the Char Dham. Gujarattourism