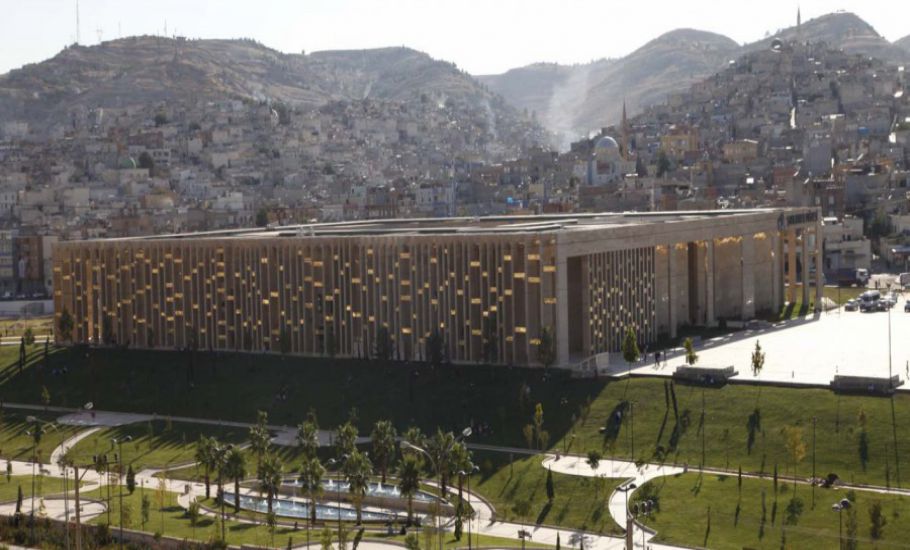 Opened in 2015, Unique historical artifacts and mosaics, including those unearthed from the UNESCO heritage ancient site of Göbeklitepe, are carefully being cleaned by expert teams at the Şanlıurfa Archaeology Museum.

The finds unearthed during the excavations in many parts of the city, including, Göbeklitepe, and the unique mosaics depicting amazon women are being examined by restorers.

Visitors to the museum will be able to see the world’s oldest statue in Şanlıurfa, the imitation Göbeklitepe D temple, the original Nevali Çori temple, numerous regular animations, animations of the Prophet Abraham, and the world’s most beautiful mosaic museum.

About 10.000 artifacts are being exhibited at ŞanlıurfaArchaeology Museum.

Speaking to the state-run Anadolu Agency, Şanlıurfa Archaeology Museum Director Celal Uludağ said that the first mosaic example of the warrior “amazon women” in the world is located in the Haleplibahçe Mosaic Museum, which has an area of 5,000 square meters.

“There is a palace structure dating to the Roman period, and various mosaics are depicted in it. The mythologies and descriptions of these mosaics are very important. The most important among these are the mosaics depicting the amazon women,” he said.

Stating that there are three laboratories within the museum and that the artifacts unearthed were first photographed and documented there, Uludağ said: “Şanlıurfa Archaeology Museum laboratories are adequately equipped both in terms of equipment and personnel. The artifacts are subjected to restoration in these laboratories according to their type and quality. In addition, there are on-site interventions outside of our laboratory. Particularly, interventions in archaeological excavation sites are very important. Mosaics, which are immovable cultural assets, are undergoing restoration, conservation, and cleaning processes, especially in their original place.”

“The mosaic museum is constantly checked by our restorer, and any deterioration, contamination, or dust is cleaned. In particular, we have to work very meticulously on mosaics. Our experts remove the dust layer on the mosaic with water, sponges, and soft-tipped brushes. It is very important that the water does not penetrate under the mosaics. These checks are routinely performed by our restorers.”

The exhibits are divided into two sections: mosaic and archaeology. The Mosaic portion was developed following the ultimate transfer of the Orpheus from the Dallas Museum. This classic-style mosaic was created in 184 AD.

The Archaeology area takes visitors on a journey through the many ages, which are represented by four display halls spread across two levels. The Assyrian, Babylonian, Hittite, Neolithic, Chalcolithic, and Bronze periods are among them. Throughout the museum, visitors will find clothing, handcrafted items, finely detailed doors, and even bronze and silver equipment and jewelry. The 9500-year-old Sculpture, the biggest life-size human sculpture, is one of the key artifacts.

Şanlıurfa museum offers its guests an interior space of 34,000 square meters to explore.