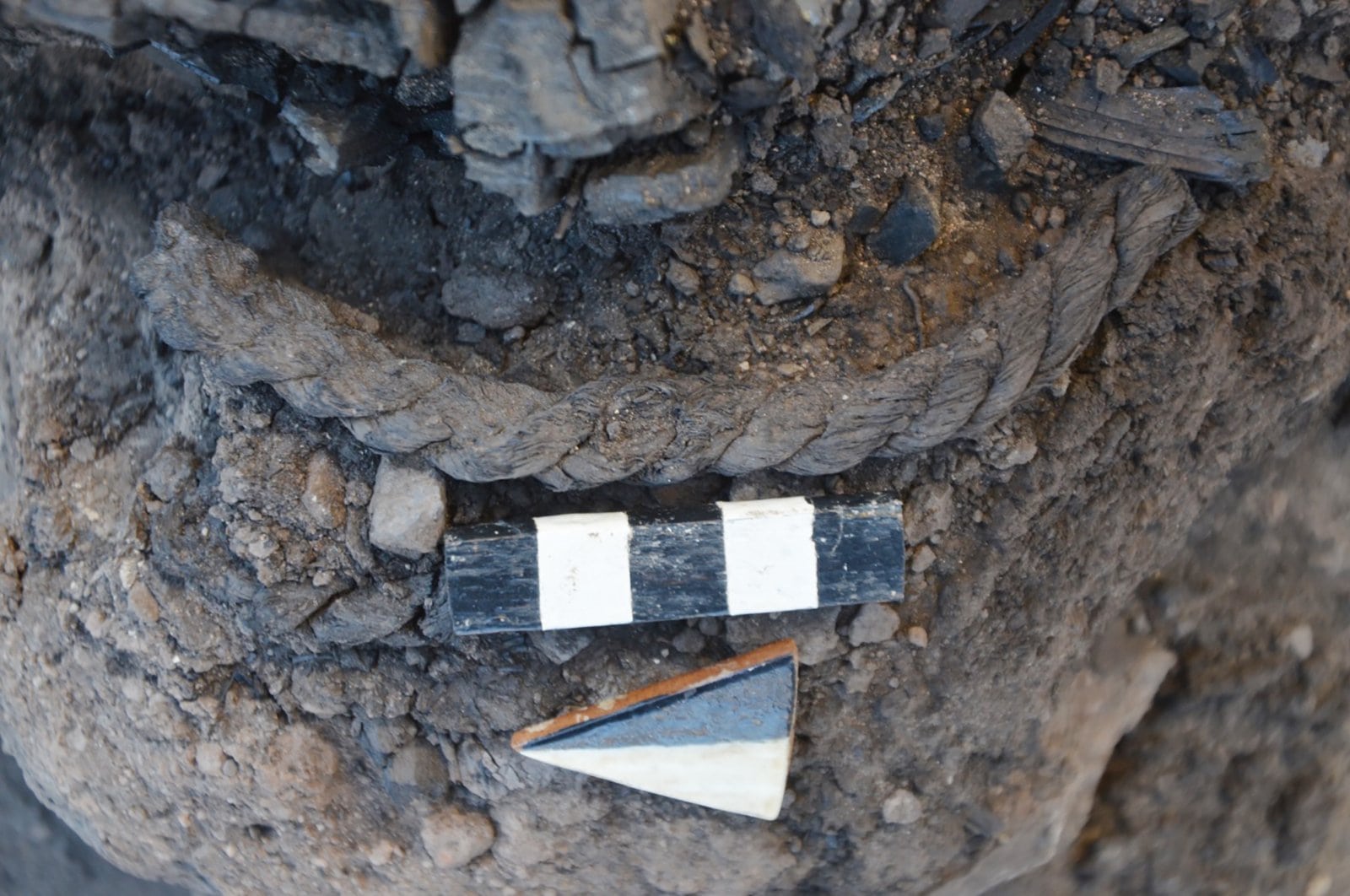 In the rescue excavation carried out in the mound, which is located within the license border of Çelikler Seyitömer Electricity Generation Corporation in Kütahya province, 4,500-year-old rope pieces were unearthed.

The excavation, which was first started in 1989 in order to bring the 12 million tons of lignite reserve under the Seyitömer Mound to the economy, has been carried out for the last 3 years by the Kütahya Museum Directorate and under the supervision of Museum expert Serdar Ünan, under the sponsorship of Çelikler Holding.

Kütahya Dumlupınar University (DPÜ) Lecturer Nazan Ünan, who is the scientific advisor of the excavations, speaking to Anadolu Agency (AA), said they have been sustaining the work in the mound with a technical staff of 50, comprised of archaeologists, restorers, architects, architectural restorers, and ceramic experts, plus a team of 250 laborers.

Noting that they have unveiled settlements dating back to the second and third period of the Early Bronze Age and Roman period in the mound to date, Ünan said that they also discovered around 6,000 archaeological finds shedding light on the mound’s past.

Stating that the most surprising finding in the mound in 2021 was the remains of a 4,500-year-old rope, she continued: “We found these remains in an area where a fire broke out in the past. We consider the rope remains important because they are almost the same thickness and weave as the ropes we use today.”

Ünan also explained that the remains of the rope along with many other organic items have survived to date because they were originally burned.

The Seyitömer Mound, which dates from the third century B.C., is located 26 kilometers (16 miles) from the city center, in the work area of the Çelikler Seyitömer Electricity Generation Corporation.

The excavation of the mound, which had an original height of 26 meters (85 feet), width of 140 meters, and length of 150 meters, was initiated by the Eskişehir Museum Directorate in 1989.

The mound was excavated by the Afyonkarahisar Museum Directorate between the years 1990 and 1995. The DPÜ Archeology Department took over the excavations in 2006. The excavation team consisting of academic staff, students, and workers continued working in the mound until 2014.

The excavations have resumed, run by the Kütahya Museum Directorate, since 2019.