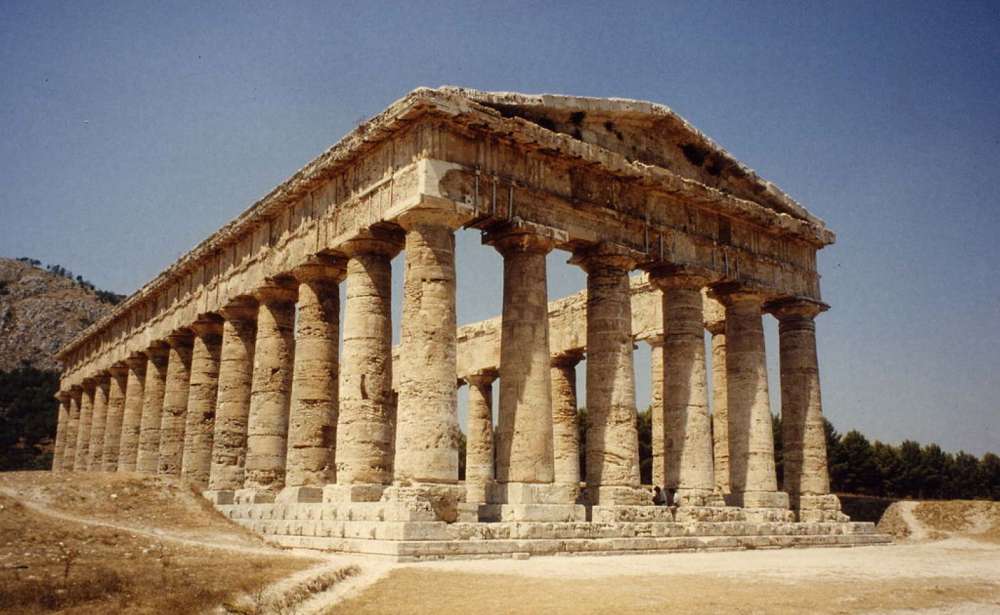 Archaeological excavations in the Segesta Archaeological Park, investigating a “monumental edifice” near the portico at the end of the old agora discovered a surprising find.  Excavators uncovered the carved name and a list of works of an elite Sicilian who had financially backed and directed the construction of many massive public constructions at the base of an old statue plinth.

Since the beginning of May, the team of archaeologists, together with graduate students and doctoral students from various universities, have been investigating the Segesta bazaar and its public buildings.

The excavations ended last Friday and were directed by Anna Magnetto, Professor of Greek History at Scuola Normale Superiore and Director of the Saet Laboratory, Magna Graecia at the University of Pisa, and Maria Cecilia Parra, Professor of Archaeology in Ancient Sicily, and by Riccardo Olivito (IMT researcher from Lucca) ) Coordinating on-site under the supervision of Rossella Giglio, Director of Segesta Archaeological Park. Scuola Normale Honorary Professor Carmine Ampolo was present to study the epigraphic material and historical aspects.

“These are very important results, which demonstrate the fundamental role that the patronage of the great families played in the history of ancient Sicily and the prominence that was given to them in the most important places”, comments Professor Anna Magnetto, “just as happens now with the great sponsors of renovations and events”.

Segesta was designed imitating the pattern of the main cities around Anatolia and that’s what gave it a huge scenic effect from II to I century BC. Segesta’s square was created on three sloping terraces in the second century BC.

“The excavation”, explains Maria Cecilia Parra, “took place on the southern side of the large square, where a monumental portico (stoa) marked the end of the agora. It was built by making large cuts in the rock, as was made clear by the powerful substructures brought to light along the slope: a complex as imposing as the one on the north side brought to light in previous years”.

The upper portico faced the square, in front of a monumental building, with a lower-level façade facing the road. Here there was a large doorway, with rooms that had an important public function: thanks to the new discoveries, we know that those who entered could read on a base, preserved in its original place, the name and works of a prominent figure at Segesta, one of those who between the 2nd and 1st centuries B.C. supported financially and took care of monumental public building works: Diodorus, son of Tittelos.

“It was the well-preserved and legible base of one of the statues erected by this personage, who was already known for having erected the statue of his sister, priestess of Aphrodite Urania, found in the Doric temple in the 17th century. Another Greek inscription, discovered near the gate, thus enriches the picture of the Hellenistic-Roman Segesta’s evidence of evergetism, of munificence towards the community: it bears the same name that was inscribed on a statue base (now in Palermo) in the theatre of Segesta, perhaps that of its benefactor. Diodorus placed here the statue of his father Tittelos, who had been a gymnasiarch and had in turn financed the construction of a building for the city’s young people. All this evidence clearly shows the role that the great families played in the history of ancient Sicily.”

“The results achieved this year,’ Magnetto concludes, ‘are extraordinary. A whole new piece of evidence has been added to our knowledge of the ancient city, showing an unprecedented archaeological complex, which the new inscription will allow us to interpret. I would like to add that none of this would have been possible without the support of the Scuola Normale and the farsightedness of its director, Luigi Ambrosio, who created the conditions for us to continue our research safely and calmly even at such a complex time. We are particularly pleased to be able to repay his trust with these important results”.