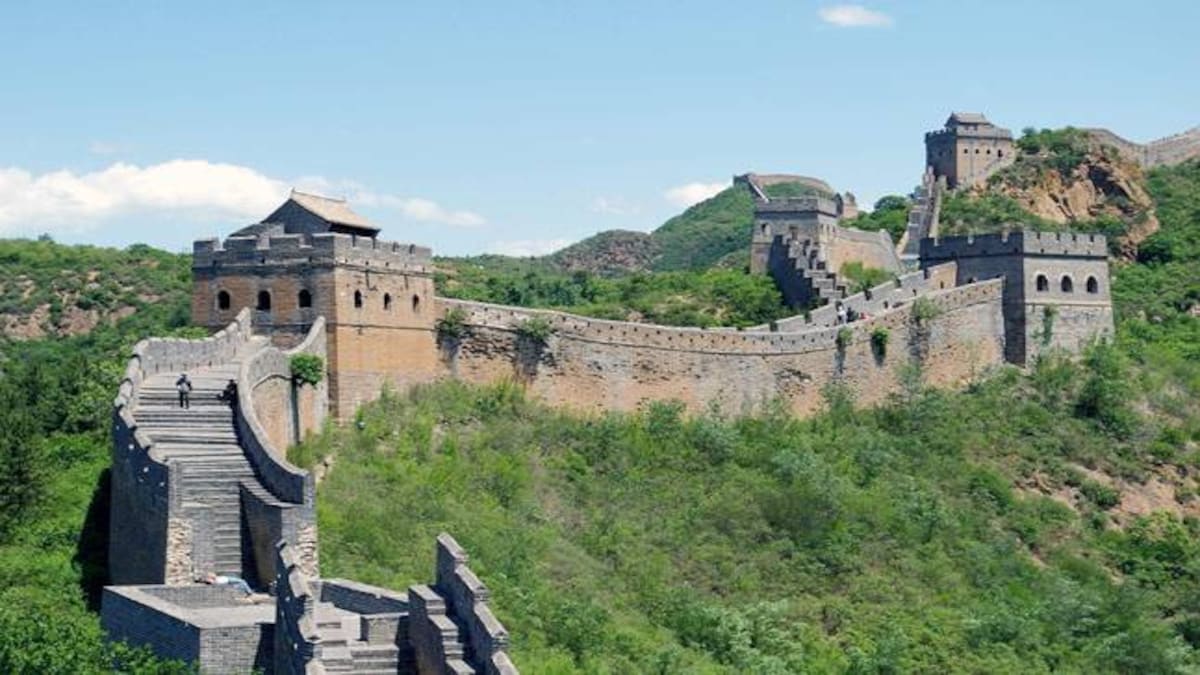 The remains of a Great Wall castle dating back to the Ming Dynasty (1368-1644) were discovered in northwest China’s Shaanxi Province, said the Shaanxi Academy of Archaeology Tuesday.

Architectural relics, including two courtyards, were found at the remains of the Qingpingbao castle, located in Jingbian County, Yulin City.

The courtyard on the south side is relatively large at 60 meters long and 25 meters wide. Its walls, houses, and brick floors are well preserved.

Archeologists also unearthed a stone tablet in the courtyard. According to the inscription on the tablet, the courtyard is the site of a temple called Xianying Palace. More than 30 painted clay statues were also found.

The other courtyard is the site of the remains of a larger building to the east of the Xianying Palace. A 12-meter-long and 3-meter-tall remaining base was discovered here.

The remains of the castle were found in an earth ditch from which local villagers took soil to build a road in April last year, and rescue excavation work started in the following month.

The castle is about 10 km away from the Great Wall, built in the Ming Dynasty. It retains the pattern, style, and characteristics of the Ming Wall castle. It is well preserved in terms of its original appearance in northern Shaanxi. Enditem