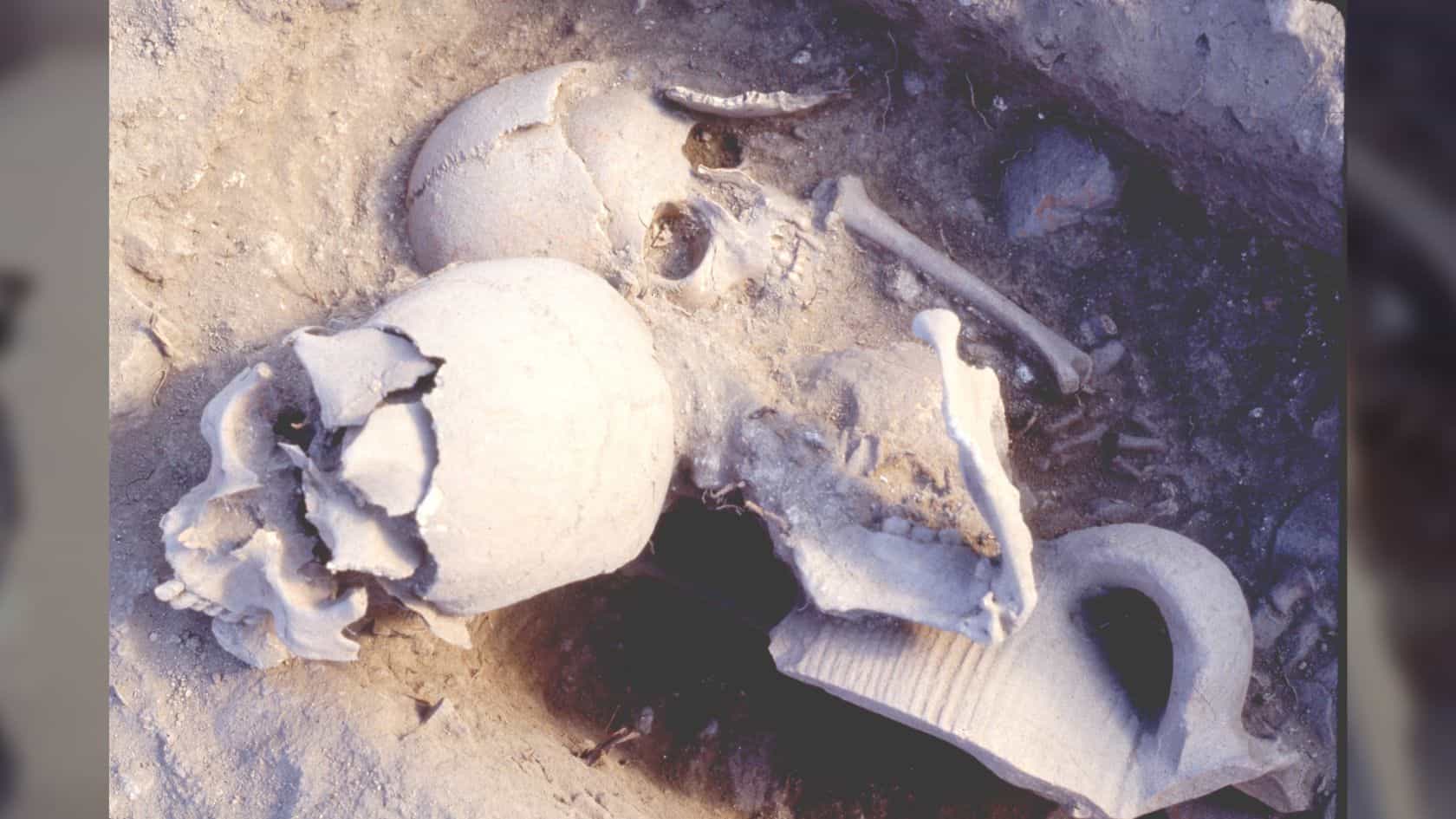 A Byzantine warrior who was beheaded after the Ottomans captured his fort in the 14th century had a jaw threaded with gold, a new study finds, reports Live Science magazine.

The study, led by Anagnostis Agelarakis, an anthropology professor in the Department of History at Adelphi University in New York, found that the warrior’s lower jaw had been badly fractured in a previous incident, but that a skilled physician had used a wire — most likely gold crafted — to tie it back together until it healed.

According to the article, the surgeon who operated on his jaw appears to have followed the instructions of the fifth-century B.C. The Greek physician Hippocrates, who published a treatise on jaw injuries some 1,800 years before the warrior was injured.

The almost 650-year-old healed jaw is an incredible find because it demonstrates the accuracy with which “the medical professional was able to put the two major fragments of the jaw together.”

In 1991, Agelarakis and his colleagues found the warrior’s skull and lower jaw in Polystylon fort, an archaeological site in Western Thrace, Greece. The Byzantine Empire, often known as the Eastern Roman Empire, was under attack by the Ottomans when the fighter was alive in the 14th century. Given that the warrior was decapitated, he most likely battled until the Ottomans conquered Polystylon fort.

As the fort fell, the Ottomans most likely seized and beheaded the warrior; subsequently, an unknown individual stole the warrior’s head and buried it, most likely without “consent of the subjugators, given that the remainder of the body was not recovered,” Agelarakis stated in the research. However, the warrior’s head was put in the pre-existing tomb of a 5-year-old kid, who was buried in the middle of a 20-plot cemetery at Polystylon fort. At the grave, Agelarakis discovered a shattered ceramic cup, which may have been used to dig the hole for the warrior’s skull.