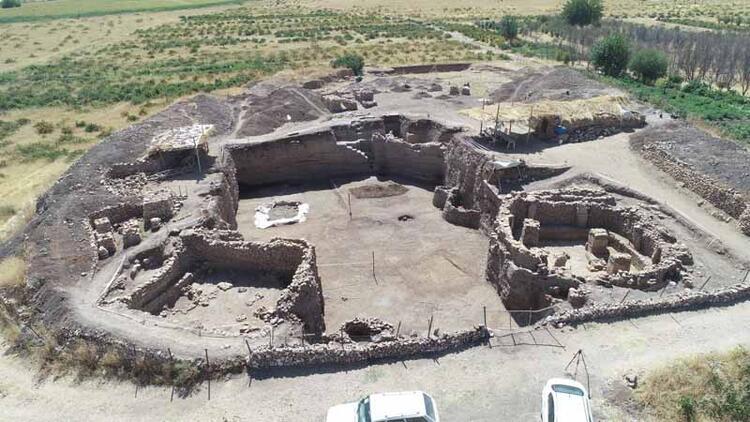 While public criticism continues due to the fact that Gre Filla, known as Diyarbakır’s Göbeklitepe, is under the dam, Diyarbakır Culture and Tourism Provincial Director Cemil Alp in a statement to the newspaper Mücadele Gazete that Gre Filla will be moved as it is.

As is known, the salvage excavation at Gre Filla, carried out within the Ambar dam project brought out a PrPottery Neolithic (PPN) settlement, located on the northern border of the alluvial plain formed by the tributaries of the Upper Tigris valley.

Gre Filla Höyük in the Kocaköy district of Diyarbakır province in southeast Turkey is known as a second Hasankeyf case. Despite local and international objections, Hasankeyf’s city and its archaeological sites have been flooded as part of the Ilısu Dam project in 2020.

While the fact that the historical area will be under the dam has caused the reaction of the citizens, intensive work has started in the region in 2019, and 2022 continues, as the last excavation season. Because the dam waters began to fill slowly.

On this issue, Diyarbakır Culture and Tourism Provincial Director Cemil Alp made important statements. Emphasizing the importance of preserving Gre Filla rather than being destroyed, Alp said that the entire temple will be moved, especially as it is.

Alp said that the temple, which is the same age as Göbeklitepe that was unearthed during the excavations, is a very valuable artifact and that they recommended to the ministry that the artifacts be transported in the same manner before the historical site was flooded.

Alp stated that the Ministry of Culture and Tourism gave a positive response on the subject and said, “Our Ministry found it appropriate to provide a place belonging to the treasury and move it. We are also looking for a place. We thought of İçkale, but it is a protected area. So now our search continues. Let’s not forget, that Zeynel Bey Tomb, Mosque, minaret, and other historical buildings were moved in Hasankeyf. Preservation of artifacts is more important.”

As many as 2,687 artifacts have been unearthed after four-year-long excavations at the Gre Filla mound. The settlement was established on the virgin soil in ca. 9300 cal.BC.

The Gre Filla Höyük excavations are under the presidency of the Diyarbakır Museum Directorate and under the scientific consultancy of Professor Ayşe Tuba Ökse from Kocaeli University.