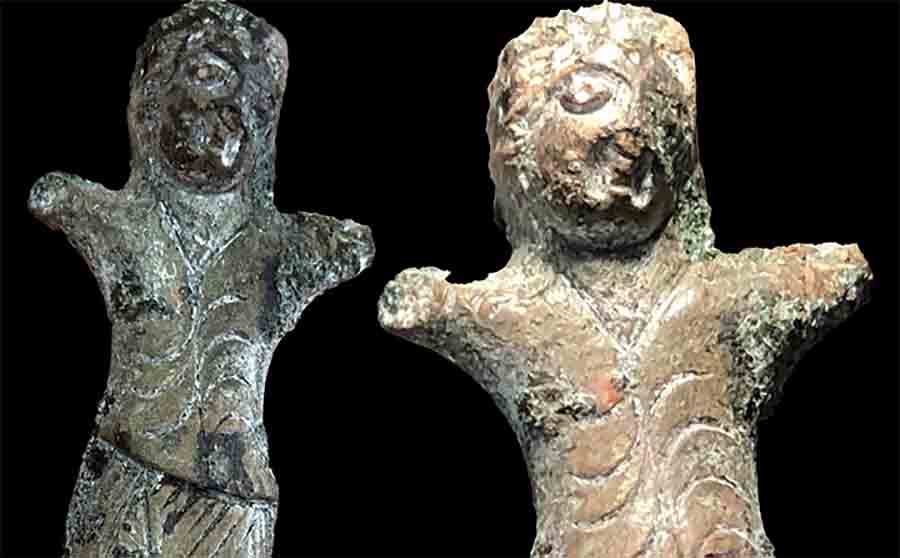 During excavations for a new bridge over the Ob River in Novosibirsk, Russia’s third-largest district, a ten-centimeter-tall figurine was discovered. The item was a four-inch (10-centimeter) bronze humanlike dancing figurine sculpted in a way that seemed to depict a figure in motion.

Archaeology specialist Andrey Borodovsky identified the find as “one of the most significant ever made” ever found in the area.

Professor Andrey Borodovsky, an archaeologist with the Russian Academy of Sciences’ Siberian branch, told The Siberian Times that the statue depicts an Indian holy dancer and was most likely made about the year 100 BC in Northern India. Given that Novosibirsk and India are separated by 2,500 to 3,000 miles (4,000 to 5,000 kilometers) of rough and sometimes mountainous terrain, the discovery of such a statue on Siberian soil was very surprising.

The little dancer was most likely left on the riverbank as a gift to the water spirits to ensure a peaceful crossing. It’s also possible that it passed through many hands on the way from India to Siberia.

The figurine was discovered by a person (presumably a construction worker) who wishes to remain anonymous for the time being. Negotiations are pending, but the discoverer has so far refused to hand over the specimen to a museum for further research. He was aware of Borodovsky’s work and prestige, so he decided to allow Borodovsky to study the piece, photograph it, and videos it.

The dancing man is seen leaned right, his broken arms lifted in the air and his head turned to the left and forward, as though the sculptor was attempting to depict a moment of the dancer twirling counter-clockwise, maybe during a whirling dance. This could have been one of those ecstatic dances used by priests or worshippers in Oriental practice to bond with a god.

The little dancer was portrayed wearing a spacious shirt draping over his shoulder, which could have been made from thin silk, a shirt-like hem, and a long belt.

‘I see the tilt of the head as something similar to what Semazen dervishes did when they danced. They tilted heads to the left to put pressure on the carotid artery, which then led to them getting into a trance while whirling. The man also has a dot on the forehead, which we see in golden toreutics of Afghanistan,’ said Dr. Borodovsky.

He thinks the dancer was made about 2,100 years ago in Northern India, and that it was part of a larger piece, probably a circular ceremonial table with many dancers mounted along its sides.