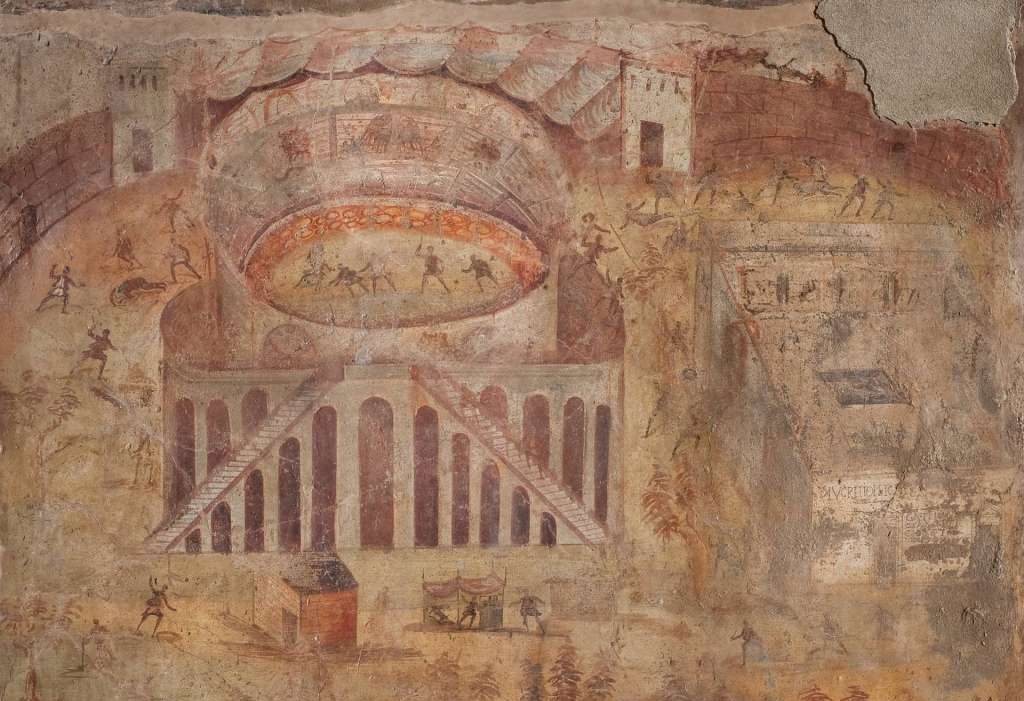 A number of collection highlights will travel to North America for the first time as part of the exhibition The Painters of Pompeii: Roman Frescoes from the National Archaeological Museum, Naples. This landmark exhibition on the art of painting in ancient Rome, which opens on June 26 and runs through October 17, will be shown exclusively at the Oklahoma City Museum of Art before traveling to Europe.

Beginning June 26, visitors to OKCMOA will be taken to ancient Rome by magnificent wall paintings, or frescoes, from Pompeii and Herculaneum. “The Painters of Pompeii: Roman Frescoes from the National Archaeological Museum, Naples”  explores the seldom-seen world of ancient Roman painters, revealing insight into their methods, materials, and techniques via over 80 objects and artworks.

“In 79 CE, Mount Vesuvius erupted, covering the seaside resort towns of Pompeii and Herculaneum in ash and volcanic rock,” said Dr. Michael J. Anderson, OKCMOA president and CEO. “The eruption preserved Roman luxury villas and homes until excavations began in the 1700s. These excavations unearthed extensive and richly colored frescoes painted on the walls of homes and public buildings throughout the cities.”

“Early in the excavations, many of the paintings were cut out of the walls and taken to museums,” Anderson continued. “It is incredibly rare for ancient paintings to survive into the present day, much less to be taken to a museum for display. We are thrilled to provide the incredible opportunity to be immersed in the day-to-day lives of the ancient Romans.”

“The Painters of Pompeii” highlights a seldom-seen medium–the Roman wall painting, which was prevalent in ancient Rome. The interiors of Roman buildings were sumptuously decorated with bold colors and designs that ranged in theme from mythology to landscapes to still lifes to architecture. Often, these paintings covered the entire wall, from floor to ceiling, and transported the viewer beyond the confines of the room.

The exhibition is free for Museum members, kids 17 and under, and active military as part of Blue Star Museums; tickets ($16 for adults) are on sale now. Free children’s admission is possible thanks to generous support from The Chickasaw Nation, The Ann Lacy Foundation, Cresap Family Foundation, and Chuck and Renate Wiggin. Pre-sales are strongly encouraged for this high-demand North American exclusive.

This exhibition is organized by the National Archaeological Museum, Naples, and MondoMostre and is presented by George Records and the Inasmuch Foundation.