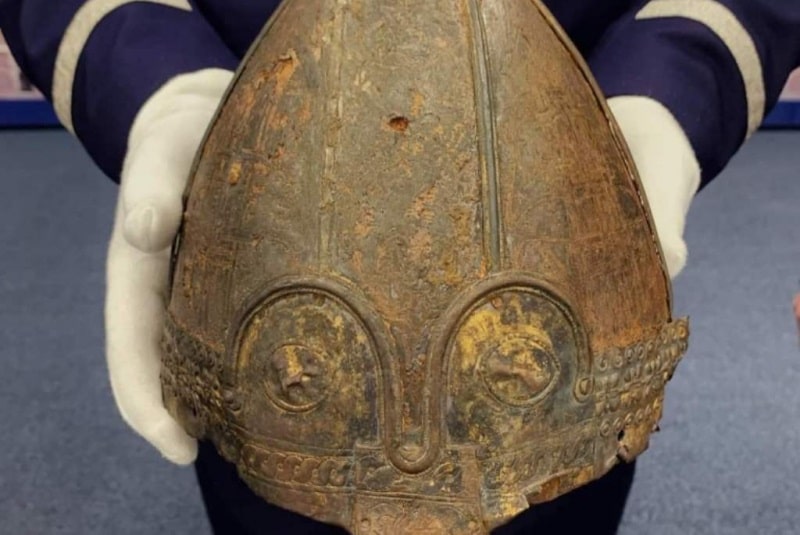 Romanian police specializing in heritage crimes recovered a medieval helmet of “Viking origin” on February 7, which had disappeared a decade ago and which, in an announcement released on Friday, they called “unique in Romania” and very rare in the rest of Europe.

A Romanian expert on historical illustration, Radu Oltean, said the helmet dates from the 11th century. It was first discovered in 2010 during the remodeling works of the Siret River in northeastern Romania, but it was never handed over to state conservation services and was lost by the authorities.

The investigation that led to the recovery of the precious item began in December 2020, when police officers obtained information about its whereabouts.

The helmet “may be dated between the 11th and 13th centuries and represents a type of helmet that is found more frequently in the Baltic countries and Kiev Rus,” said police, who did not offer additional information on how the helmet disappeared or where it was saved.

“Investigations to clarify all the circumstances continue, and the cultural good has been handed to the Moldova National Museum in Iasi so the procedures to list it as national cultural heritage can start,” the statement concluded.

The Vikings were the nautical Nordic people of the Nordic people, they roamed extensively, establishing settlements and states in modern Britain, Ireland, Iceland, the Baltic Sea, and northern France.

At its peak in the early to mid-11th century, it stretched from the White Sea in the north to the Dniester River in present-day Moldova, which borders the northeastern part of Romania, where the helmet was first discovered in 2010.

It is unknown when the helmet, which was delivered to the National Museum of Moldova, will be exhibited.