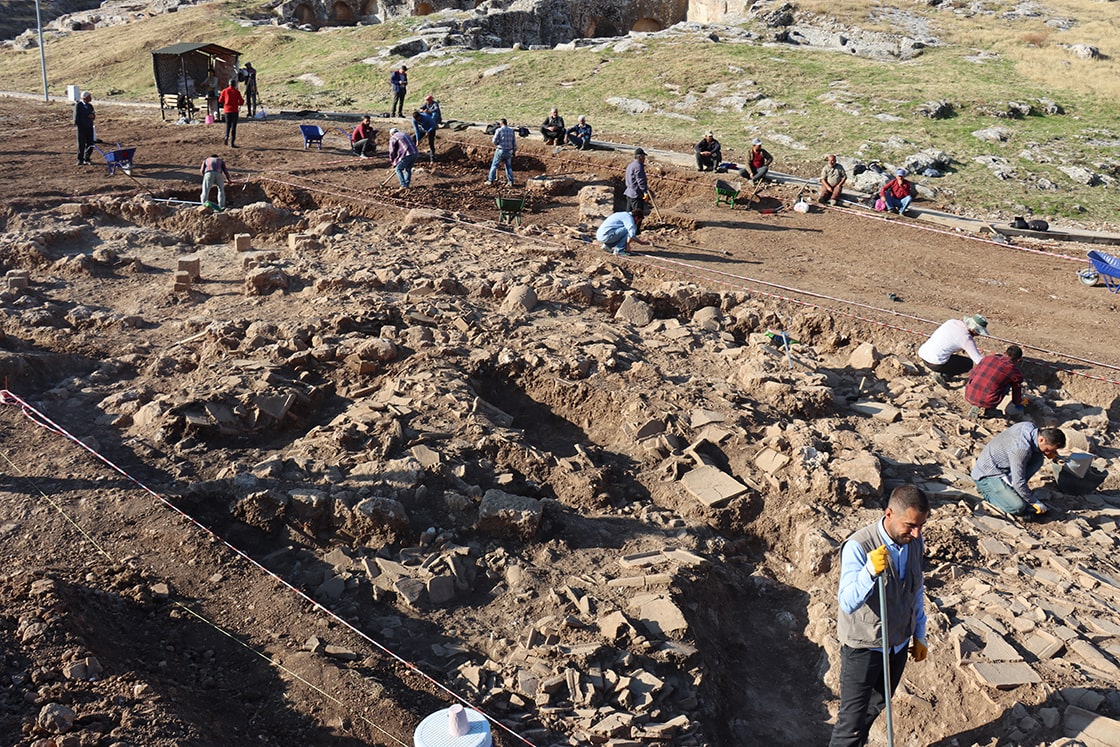 In the ancient city of Perre in southeastern Turkey, a building damaged in an earthquake believed to have happened in the 6th and 7th centuries AD was unearthed.

The building, which was destroyed in earthquakes in the 6th and 7th centuries AD, was found in an area of 270 square meters on the side of the Necropolis area.

Adiyaman Museum Director Mehmet Alkan told reporters on Tuesday that new findings dating back to the 6th and 7th century AD were discovered in the ancient city, adding, “Wall structures built using irregular stones and mud mortar were found in an area of nearly 270 square meters that we opened in the western part of the rocky area.”

Roof tiles were discovered during the excavations, according to archaeologist Yildiz Ersonmez.

Noting that the structure was destroyed in a possible earthquake, Ersonmez said: “There is a collapse here, which shows us the possibility of an earthquake. We think that this structure is a living space.”

In Ancient Roman texts, the city is noted for the beauty of its water. In the necropolis region near Perre Ancient City, there are more than 200 rock tombs.

Renli Village still uses the Roman Fountain, which is found after going through Perre Ancient City.