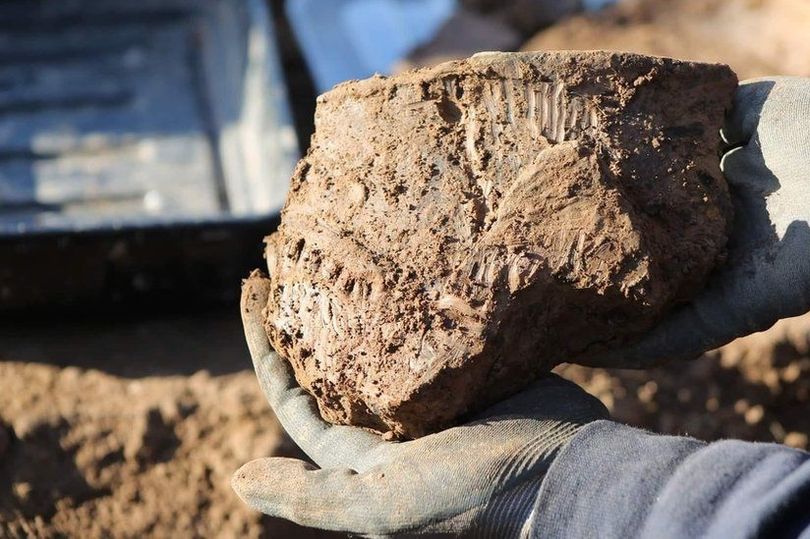 Archaeological excavation in a city park in Cardiff, the capital of Wales, has uncovered what is believed to be the earliest house ever found in the city.

Volunteers and archaeologists from the Caerau and Ely Rediscovering (CAER) Heritage Project, found a clay pot which could be about 3,000 years old.

Experts believed the settlement, dubbed ‘Trelai Enclosure’ could provide the missing link between the late Iron Age and early Roman period, showing what happened to people once they had moved on from the Hillfort.

The dig, run by the Caerau and Ely Rediscovering (CAER) Heritage Project, is taking place in Trelai Park in Ely, just half a mile from heritage site Caerau Hillfort and 200m south of the already excavated Ely Roman Villa. The Roman Villa was uncovered a century ago. The local community, together with archaeologists from Cardiff University, had previously discovered Neolithic, Iron Age, Roman and medieval origins at the hillfort, with surveys done earlier this year revealing what was thought to be a late Iron Age enclosed settlement, containing a roundhouse, beneath the park.

The unexpected discovery of a clay pot has shown that the settlement actually predates the hillfort, and could reveal previously unknown information about the earliest inhabitants of Cardiff.

The pot itself is thought to be around 3,000 years old. This suggests that the roundhouse was built in the mid-to-late Bronze Age, between 1500 and 1100 BC, making it the earliest house ever found in Cardiff.

Co-director of the project Dr. David Wyatt said that they believed the roundhouse could have been constructed in the mid to late Bronze Age, going back to between 1500 and 1100 BC.

“The enclosure definitely predates the hillfort, people were living here before the hillfort was built.

“This enclosure could be providing us with the earliest clues on the origins of Cardiff, the pot that’s been found is beautifully decorated and preserved – it is extremely rare to find pottery of this quality. It’s also unusual to find a Bronze Age settlement in Wales – there are only one or two other Bronze Age sites in this country.”

Nearly 300 volunteers have participated in the dig so far, with around 500 visitors coming to the site since its start.

Tom Hicks, an archaeologist who came through Cardiff University’s Exploring the Past pathway and volunteer Charlie Adams both found and recovered the pot during the dig.

Tom said: “This is a very well-preserved example of Bronze Age pottery and a significant find for the archaeological record in the region. It’s a great opportunity for us to learn more about the lives of the people living on the site around 3,000 years ago.

“The beautiful decoration on the pot shows that these people wanted to display their creativity to others and further scientific analysis may be able to tell what the pot was used for before it ended up in the enclosure ditch and how or where the pot was made.”